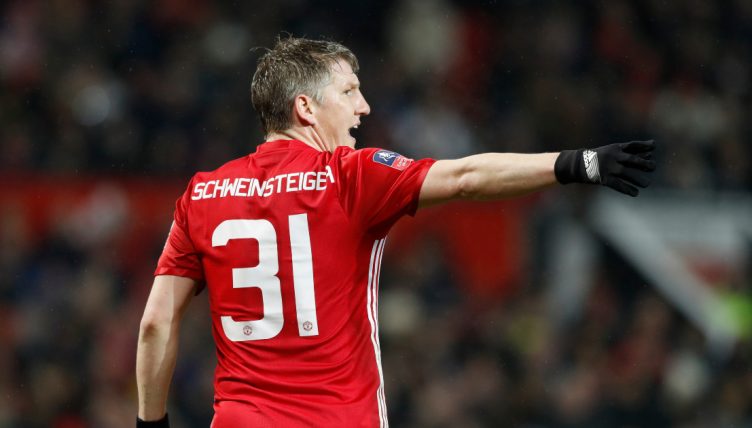 Let’s face it; the Germans aren’t known for their comedy.

When you think of Germany you don’t think of laughter or jokes, but hard-working, no-nonsense and efficient people content with an unnecessarily big bratwurst and a not-quite-big-enough stein of Pilsner.

The same can be said of their footballers. Rarely has a German player been known for their flair or pizzazz, a word that almost certainly has no German translation. Instead, German footballers embody their nation’s efficient, labour intensive and aggressively effective mannerisms.

But that doesn’t mean German footballers can’t be great for a laugh… with them, of course.

We’ve rounded up the 11 weirdest transfers in Premier League history involving Germans and some anecdotes about their time in a country that’s obviously better at football than them.

A young German talent with potential, already a German international and with an international goal to his name, it should have made sense when newly crowned champions of Europe Chelsea signed Marko Marin.

Yet it never worked. He failed to impress in his first season despite all the hype, and he quickly was relegated to the spot of perennial Chelsea loanee. At one point he never made a single appearance for Fiorentina in the league and had his loan spell cut off early.

He has become a long-running joke amongst Chelsea fans, and clearly for Frank Lampard too when he couldn’t help but smirk when Didier Drogba mentioned the German in a discussion about talented players.

What do you think Germans think of England? Well thanks to Markus Babbel’s four years in the country we at least know what he thinks of it.

Babbel left Bayern for free in 2000 turning down contract proposals to instead go to Gerard Houllier’s Liverpool… meaning that he missed out on winning the Champions League as Bayern did so the season he left because of course they did.

He left England in 2004 because, as he told The Coaches’ Voice, “Because as a single man, England is a paradise city.” Not a country then?

“I was going out a lot. Drinking a lot. Smoking a lot,” he continued.

“For me, it was clear – if I want to come back to 100 per cent professional football, then I have to leave the country.”

He moved to Stuttgart for three years before retiring, and so ended Babbel’s definitely professional stint in the city of England.

Why on earth did one of Germany’s main international players, who had won the World Cup and had just led AS Monaco to a Champions League semi-final move to north London to play for Spurs?

Perhaps he didn’t fully know, as he left a year later for Bayern, but the newspapers certainly didn’t like it and his reputation for diving was something the tabloids couldn’t wait to get stuck into following his 1994 move to White Hart Lane.

A German? Who ‘cheats’? Yes please, they must have thought. “Der Dive Bomber”, read one headline.

Klinsmann didn’t care, asking the journalists gathered at his first press conference if there were any diving schools in London.

He didn’t need them as it turned out; he was pretty good at football.

Whilst his name makes him sound as if he is the wacky, Scottish side character in an early 2000s British sitcom, Dundee was actually a South African-born German footballer.

He spent one season in England with Liverpool in 1998-99, playing a grand total of three times before he got fed up and went back to Germany.

Why is he on here? Well because of Sean Dundee’s World Club Football 1997 of course! The greatest footballing video game of all time, endorsed by, uh, some German guy?

Breitkreutz had a solid if totally inconspicuous career with his only club outside of Germany, Aston Villa, with whom he spent three seasons between 1991-1994, signing for Ron Atkinson’s side as a young 19-year-old.

He became the first German player ever to play in the Premier League, making the only reason to remember his name is that you’ll be kicking yourself and going on about how “you knew that one” at a pub quiz when your team loses by one point and you, the supposed football nerd, has let everyone down.

It’s important to note, however, that Breitkreutz was an East Berliner, having played at FC Dynamo prior to Villa. He was a key figure in laying the foundations for plenty of footballers from that behind no-longer-existent Iron curtain to move abroad. Fair play to him.

Karl was a two-time winner of the Bundesliga… is what we should be writing. Instead, prior to Dortmund’s successive titles in 1995 and 1996, Karl left to spend just five months in England with Manchester City.

Not his greatest career choice, second only to being involved in match-fixing later on in Germany that got him arrested. Playing for City might still take it though, to be honest.

Although he may be a Germany and Bayern Munich legend, Scweinsteiger is really known for his time spent at Old Trafford.

The first and only German to play for Manchester United, his 18 appearances live long in the memory of United fans and his goal against Wigan ranks as one of the finest ever.

In all seriousness, he’s actually still thought of well amongst United fans but what on earth were the club doing when they paid £9million for him, not even getting him on a free?

It was one of those Louis van Gaal signings that just doesn’t make any sense in hindsight, along with most of the decisions made during that period. He was off to Chicago in 2017, where he somehow turned into an MLS All-Star centre-back… 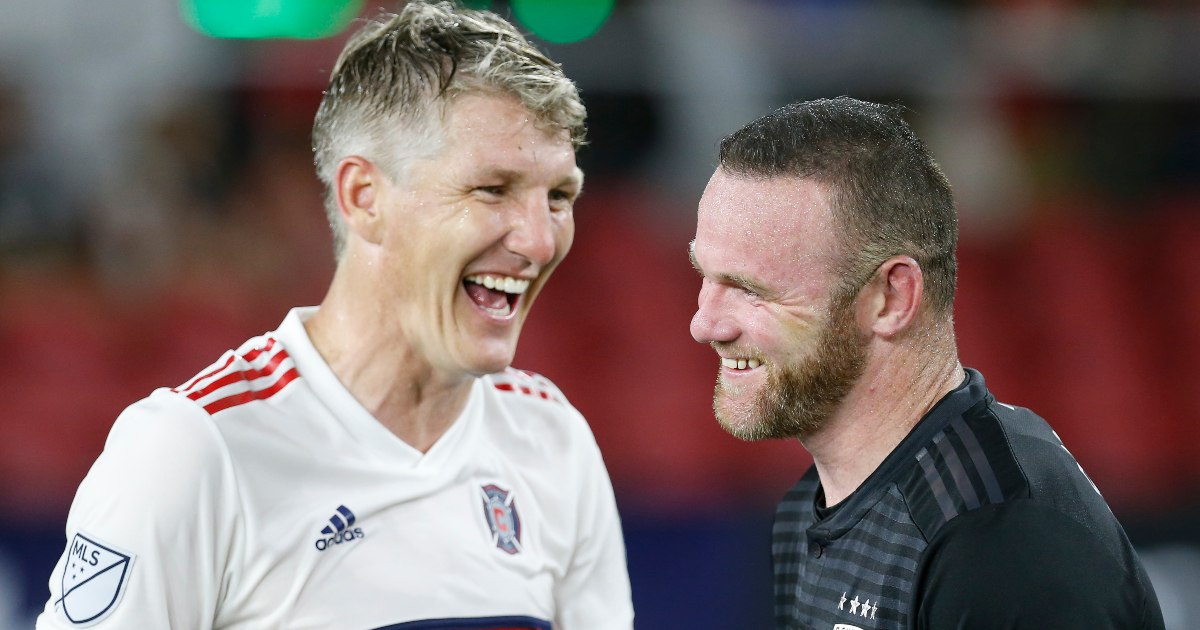 He spent one season there and didn’t like it.

“On the island, different football is played,” he said once. “But the English press does not give you any time for it, immediately raising it. This is not easy for a player.

“[Some players wonder] what am I doing here? Everything is terrible, even the weather.”

Ozil is one of the few on this list because of the fact it’s weird it even happened.

The German was one of the key players at Real Madrid, but nonetheless, Arsenal somehow managed to tempt him to the Emirates half an hour from the deadline and he became the most expensive German player of all time when he made the switch in 2013.

This was one of the world’s best and most creative players turning up at a mediocre Arsenal team, not one of the sides challenging for the Champions League as could have been the case.

Instead, Ozil displayed how brilliant he was by being at the heart of an inconsistent side which showed flashes of brilliance and which probably stopped playing well enough for him long before he stopped playing for them.

Oh, and the reaction of the Arsenal fans to the transfer needs a mention here because… well because it was weirdly over the top. But honestly, fair enough.

If we’re being honest Gaudino should be much, much lower on this list. He spent a single season on loan from Eintracht Frankfurt at Manchester City in 1994-95 and had a good run keeping them up.

It was a weird transfer choice for him to make, but he’s not on here for that. He’s on here for when he got rugby tackled by Boris Johnson in a football match.

Hamann is one of English football’s highest-ever appearance makers for a German.

After his time at Bayern he joined Newcastle, before going to Liverpool, Bolton, Manchester City, and MK Dons.

What’s that? You don’t remember him at Bolton? That would be because he spent just one day there.

After leaving Liverpool in 2006, he had signed a deal to join Bolton on a free.

With the contract signed, he was officially due to become a Bolton player. But there was a problem; he changed his mind.

Suddenly Manchester City wanted him and he told Bolton he wanted out having already signed a pre-contract with the club.

Sam Allardyce was fuming, but then City paid £400,000 as compensation and his anger was quashed.

“I am the only manager to get £400,000 for a player who never kicked a ball for the club,” Allardyce said. “Didi Hamann is a history breaker. This is the best transfer deal I have ever done in my life.”

It certainly is the weirdest one involving a German player in the Premier League.

READ MORE: The ‘Disgrace of Gijon’ was a match so awful it changed football forever

TRY A QUIZ: Can you name the top scorers for these 25 European nations?