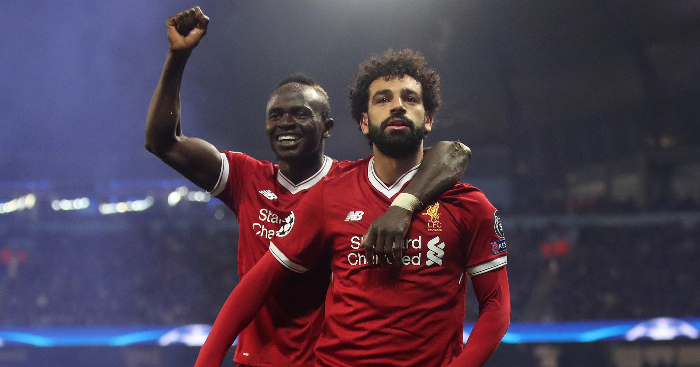 Sadio Mane and Mohamed Salah have already achieved legendary status at Liverpool, but where do they rank among the club’s best-ever African players?

We’ve ranked the 16 players from the continent to have represented the club during the Premier League era, ranking them from worst to best.

It’s fair to say it’s been something of a mixed bag. For every club legend, there are a couple who made next to no impact at all.

Dundee turned down the country of his birth, South Africa, in order to play for Germany, where he made his name during the mid-90s for Karlsruhe SC.

He never actually got a cap for Germany in the end, and to say he didn’t live up to the billing when he joined the Reds in 1998 would be an understatement.

Signed by Brendan Rodgers in 2012, Assaidi was hailed as an exciting prospect but saw opportunities limited with Suso and Raheem Sterling emerging at the same time and jumping ahead of him in the pecking order.

The Moroccan winger had shown plenty of promise at Saint-Etienne when he made the switch to Liverpool as a 20-year-old in 2006, but he never fulfilled his potential on Merseyside.

He spent five years on the fringes while Rafa Benitez was in charge, making 32 appearances in all competitions, scoring just one goal in the League Cup.

Since leaving in 2011, he’s revived his career and become a La Liga regular, making nearly 200 appearances at Levante, Las Palmas and Leganés.

After a brilliant 2002 World Cup for Senegal, the world of football sat up and took notice of the mercurial Diouf, who had just signed for Liverpool. There was even hope he could take Gerard Houllier’s Reds to the title after they’d finished runners-up in 2001-02.

Things started out promisingly enough with a brace against Southampton on his Anfield debut, but Diouf would score only one more Premier League goal in 55 appearances.

He’s neither remembered fondly by the fans nor his team-mates after a series of bust-ups and controversies. 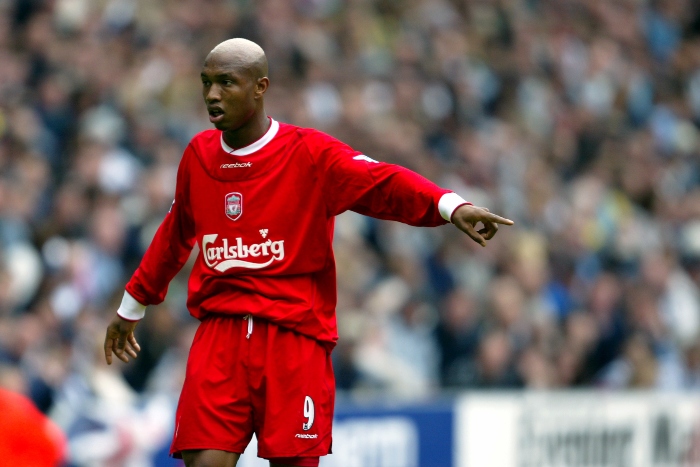 Moses spent the 2012-13 season on loan from Chelsea. He was a handy player to have in the squad as they challenged for the title but failed to make much of an impact. He made just nine starts, usurped by the rapidly emerging Raheem Sterling.

A less high-profile signing than his compatriot Diouf, Diao was often played out of position and had to be patient for regular opportunities with Liverpool, which never really came.

He never managed anything as good as the breathtaking counter-attack goal he scored for Senegal against Denmark, but he did score a match-winning goal away at Leeds, which kept Liverpool top in October of the 2002-03 campaign.

One of which was among the Premier League’s most poignant moments, when he struck the match-winning effort against West Ham, breaking down in tears following the death of his father earlier that day.

Benitez bought Mohamed ‘Momo’ Sissoko from Valencia in 2005, as the Spaniard looked to build a side capable of challenging for the Premier League title, having already topped La Liga with the Malian defensive midfielder in his side.

Things never quite worked out that way at Liverpool, but he was vital to the FA Cup win in 2006 before moving to Juventus midway through the 2007-08 season.

Carles Puyol is a huge fan of the Cameroonian two-time AFCON winner, so that’s good enough for us.

“I really admired Rigobert Song, he was a real reference for me. Rigobert exuded an aura and an exceptional charisma,” Puyol said.

“During a match, he could destabilise his opponents by his mere look. I loved him too much (laughs). I still remember his altercation with Oliver Kahn at the 2002 World Cup, where he did not blink and look straight into Kahn’s eyes, it was an impressive moment.

“You really had to have the nerve at the time to stand up to Oliver Kahn. In fact, Song and I have the same approach to football. We use the mind at 200%, I imagine what we could have done if we had the opportunity to play together.”

Keita wasn’t quite the dynamic, all-action box-to-box midfielder that fans were expecting during his debut season, and he’s taken time to integrate into the team.

But the Guinean still had a part to play in the club’s best season of the Premier League era, amassing a ridiculous 97-point tally alongside winning the Champions League, and there’s still plenty of time for him to come good at Anfield. Watch this space.

His name’s often used as a shorthand joke answer for the worst players to have won the Champions League. But he did so as Liverpool’s first-choice left-back, so fair play.

The Ivorian was loved everywhere he’s been, from being one of Arsenal’s Invincibles to helping Manchester City win their first Premier League title, and Liverpool is no exception.

He didn’t win any trophies with the Reds, but he finished as a runner-up in the Premier League, Europa League and League Cup.

As good as he was likeable.

Matip’s taken a long time to convince at Liverpool, often looking lost in their backline before the arrival of Virgil van Dijk.

But he’s looked much better alongside the Dutchman, and gradually became Jurgen Klopp’s go-to man in 2018-19, ahead of Joe Gomez and Dejan Lovren, for the latter stages of the Champions League and title run-in.

He scored a career-best 22 league goals in 2018-19, sharing the Golden Boot with Mohamed Salah and Pierre Emerick-Aubameyang, while he’s also put away 14 Champions League goals over the last two seasons as Liverpool reached back-to-back finals.

Quite simply a phenomenon, Liverpool’s Egyptian King deserves of all the adulation he gets from the Kop.

The first and only African player to hit the 30-goal mark in a Premier League season, he also holds the record for most goals in a 38-game season with the 32 he struck in 2017-18 before winning the Golden Boot again a year later.

He’s scored 72 goals in 108 appearances in all competitions. Those are silly numbers, quite frankly.

The South African goalkeeper’s Liverpool career only overlapped with the Premier League era for a couple of underwhelming seasons, but before that he stood between the posts during the most dominant period in the club’s history.