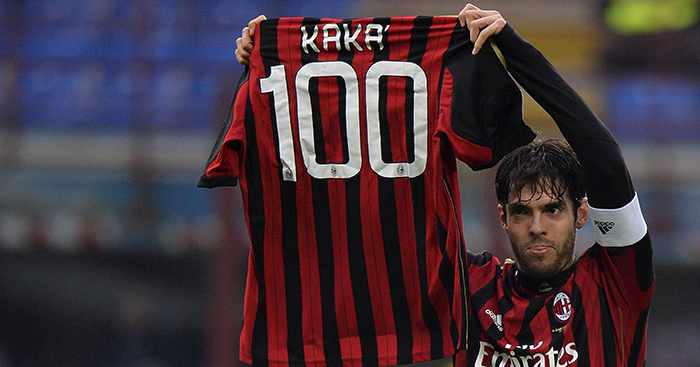 Zlatan Ibrahimovic’s return to AC Milan is going better than anyone expected. But the club have a terrible record bringing back former players.

Say what you like about Silvio Berlusconi, but Italy’s hilariously corrupt former Prime Minister was certainly loyal.

As owner of AC Milan between 1986 and 2017, the politician and media mogul brought in scores of talented footballers — many of whom were welcomed back for a second spell.

In fact, there’s probably no club in world football so prone to re-hiring its former employees.

That unusual pattern is partly down to Berlusconi and partly down to long-time CEO Adriano Galliani, who forged close ties with players over 30 years at the club.

It might also be down to Serie A, and Milan in particular, being a safe haven for players in their late thirties.

Inspired by Zlatan’s early success, this list ranks the senior players signed twice by AC Milan since the turn of the millennium.

Blame Berlusconi if we’ve missed any.

Before there was Ibra there was Ibou, and French winger Ibrahim Ba once had the world at his feet.

On his international debut in 1997, Ba started and scored in a 2-0 win over Portugal, playing with legends like Thuram, Desailly and Zidane.

That same year, he joined Milan from Bordeaux.

Then things started to unravel. Ba struggled to break down Italian defences, and by the time of the 1998 World Cup in France he had been dropped from the national squad.

He stayed at Milan for six long years, going out on loan twice and scoring just two Serie A goals.

He surprisingly joined Bolton in 2003, before short spells in Turkey and Sweden.

Then in 2007, seemingly out of nowhere, Milan re-signed Ba, who was 33 years old and recovering from a long-term injury.

He made no appearances in his second spell, though manager Carlo Ancelotti brought him on the bus for Milan’s final away game of the season, against Napoli.

“Why did I bring him? Because I like him,” the manager explained, shedding no light whatsoever on the mystery.

Naturally, Milan offered him a scouting job as soon as he retired.

Not one of the most recognisable names on the list, Nigerian striker Kingsley Umunegbu came through the academy at Milan, making his first-team debut in the Coppa Italia in 2007.

He failed to make a league appearance and was released in 2011, joining Swiss side Chiasso.

Weirdly, Milan brought him back just a few months later on a short-term loan, as they apparently needed to fill a vacant non-EU player slot.

Did he play, you ask? What do you think?

One of the most iconic of Milan’s nostalgic disasters, Andriy Shevchenko’s 2008–09 loan spell brought zero goals in 18 Serie A appearances.

But the Ukrainian did at least enjoy a neatly symmetrical career, because he followed his Milan failure with a return to Dynamo Kiev, his first club, and scored a bunch more goals there.

Kazakh-German midfielder Alexander Merkel joined Milan as a youngster in 2008 and stayed there until 2011, when Milan transferred him to Genoa on a co-ownership basis for €5million.

Six months later he returned to Milan on loan, making one league appearance for Max Allegri’s side.

Although not a household name, Merkel eventually cost Genoa €10million, as they bought Milan’s 50% stake in the player in the summer of 2012.

He spent a few months with Watford in 2014 and now plays in the Netherlands with Heracles.

A story for the ages.

Alessandro Matri is one of those generic, handsome, athletic-looking Italian strikers with a handful of senior caps despite a fairly abysmal goal record.

As a youngster, Matri was deemed surplus to requirements at Milan, and he was transferred to Cagliari in 2007.

He impressed in Sardinia, and in January 2011 he joined Juventus for €18million, winning two league titles in his two full seasons there.

That alerted the unimaginative scouts at Milan, who bought him back for €11million ahead of the 2013–14 season.

He scored once in 15 league appearances and was loaned to Fiorentina in January, never to play for the Rossoneri again.

Fittingly, Milan loaned him back to Juve in February 2015, and he scored the winning goal in the Coppa Italia final.

Between January 2013 and summer 2014, Mario Balotelli impressed at Milan, scoring 30 goals in 54 matches.

Liverpool saw in these performances a passable alternative to Luis Suarez, and the rest, as they say, is history.

The Italian was terrible on Merseyside, so the sympathetic Italians brought him back on loan a year later, where he scored three times in 23 appearances, including one nice free-kick against Udinese.

During that golden period, the forward won Serie A four times and the Champions League twice.

After four years in France, he inexplicably returned in 2001, aged 32, and scored once in 15 appearances.

He also had two separate spells at Monaco, so he must have been popular with his employers.

Berlusconi reluctantly sold AC Milan to Chinese investors in April 2017, so he probably wanted to cram in a few classic Milan-style signings at the end of his three-decade reign.

In January 2017, the goalkeeper joined as backup on a six-month deal, having previously made three appearances for the club in 2006–07.

He then extended his contract for another season, making two appearances in the 2017–18 Europa League.

*Not to be confused with #7

Full-back Luca Antonelli started his career with the Rossoneri and made three appearances in 2006–07.

Though he scored on his second debut for Milan, Antonelli fell out of favour under Vincenzo Montella and spent most of 2016–17 and 2017–18 on the bench.

He now plays for Empoli in Serie B, and that is all there is to say.

A legend at Milan, Brazilian midfielder Leonardo enjoyed a successful four years at the club between 1997 and 2001, winning the league in 1998–99.

The playmaker made just one league appearance in his second spell but scored a few goals in the Coppa Italia, which Milan went on to win.

Five games, one medal: pointless but at least highly economical?

Six years later he returned again, this time to manage the club.

Kevin-Prince Boateng, the former Spurs and Portsmouth midfielder, joined Milan in 2010 and spent three successful seasons there, winning one Serie A title.

Goodbyes are difficult, of course, and the nostalgic Italians brought him back in a flurry of hugs and happy tears in January 2016, after Schalke had terminated his contract.

He made 15 appearances in half a season, scored once and was then released.

He later played for Barcelona, somehow.

Full-back Luca Antonini — the other full-back named Luca Anton-something to have been signed two times by Milan this century — joined the academy as an eight-year-old boy but failed to make a senior appearance in 13 years.

His early career was peppered with loans and co-ownership deals, culminating in a successful 2007–08 season with Empoli.

Though rarely more than a squad player, Antonini spent five seasons with his hometown club, winning the league in 2010–11.

They haven’t won it since, but Antonini probably isn’t the missing ingredient.

Kaka, very briefly the world’s most expensive footballer, suffered a disappointing four seasons at Real Madrid after setting the world alight at Milan.

Having willingly ignored that terminal decline, Milan offered the Brazilian an olive branch, signing him on a free in September 2013.

Though well past his peak, Kaka 2.0 was not a total disaster. Not in this context, at least.

Milan had a bad season, finishing eighth, but the legendary playmaker was the club’s second-highest goalscorer behind Mario Balotelli.

He finished his career in Orlando, Florida, arguably the Milan of North America.

David Beckham went on loan to Milan in January 2009, then did exactly the same thing a year later.

He was pretty good, and you can read about it here.

The absolute state of this lot.

He scored one Serie A goal in his first spell there and went out on loan several times, before eventually joining Genoa in June 2007 for €1.8 million euros.

This being Milan, however, it was only a co-ownership deal, and Berlusconi bought Borriello back a year later for €7.5million (plus Davide Di Gennaro). Bargain!

The striker had a poor first season back at Milan, scoring once in seven league appearances in 2008–09.

He was sold to Roma ahead of the 2010–11 campaign and would later make two (bad) appearances for West Ham.

So it was refreshing to see 18-year-old keeper Gianluigi Donnarumma, holding all the cards during contract negotiations with Milan in 2017, effectively coercing the club into re-signing his 27-year-old brother, Antonio Donnarumma, on a massive contract.

Despite being little more than a bargaining chip, the elder Donnarumma has kept clean sheets in all three of his appearances since re-joining. (He was previously on the books between 2005 and 2012, though he never played a minute.)

One doubts that Gianluigi expected him to be so useful.

Ignazio Abate promised big things when, in late 2003, he became the youngest ever Milan player to feature in the Champions League aged 17 years and 27 days.

But he then spent three seasons on loan to various lower-league sides before moving to Empoli in 2007 on a co-ownership deal.

Empoli were relegated in Abate’s first season so Milan bought him back, then moved him to Torino on a second co-ownership deal.

The full-back’s displays in Turin convinced Milan to buy him back — for real this time! — in the summer of 2009, and he went on to spend a whole 10 years at the San Siro, winning the league in 2010–11 alongside Robinho, Gattuso, Ibra et al.

Not bad at all.

He was released in the summer of 2019 and is currently unattached.

Well, come on then: who’s your pick? Ibrahim Ba?

Zlatan Ibrahimovic first played for Milan between 2010 and 2012, when he won the league in his first season and was top scorer in his second.

He recently rejoined, aged 38, and has scored twice in five appearances.

Milan are yet to lose since his arrival, giving them a glimmer of hope for European qualification, and that’s about as good as it gets for the worst recruiters in the game.