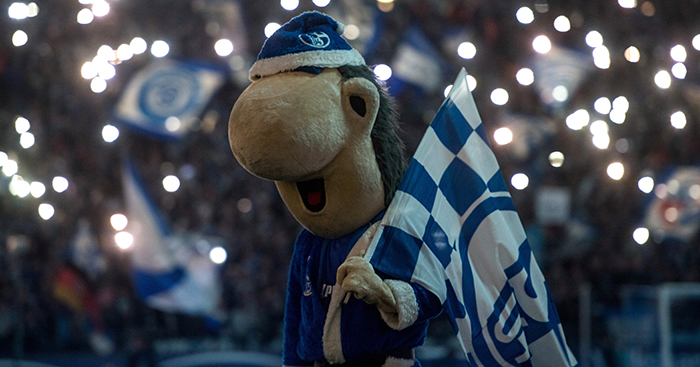 The UK can be proud of its football mascots, from Arsenal’s Gunnersaurus to West Brom’s walking boiler. Around the world, however, things get even better.

Football is a divisive sport, but if there’s one thing we can all agree on, it’s that mascots are — above and beyond anything else — the lifeblood of the game.

Without such characters as Fred the Red, Harry the Hornet and Skillzy, we would have no reason to lace up our boots or turn on Match of the Day.

Without mascots, there would be no football whatsoever. Fact.

But while we all love and appreciate our mascots in the domestic leagues, not all of us are familiar with those foreign hype-mongers brightening up stadia overseas. Not all of us are well acquainted with Rikter the Cyberdog or Bitchy the Hawk, for example.

That needs to change right now, so here are 20 of the finest mascots in world football:

Between 1996 and 2007, MLS side Colorado Rapids were cheered on by ‘RapidMan’, a water-headed cool dude.

Interesting fact: just one year after the mascot’s debut, Arnold Schwarzenegger appeared as ‘Mr Freeze’ in Batman & Robin. Make of that what you will.

‘L’avi del Barça’ was a character created by a Spanish cartoonist to represent FC Barcelona. A man named Joan Casals, now 85 years old, has been dressing up as him since 1984.

The mascot of the deceased MLS side was not the GOAT — it’s 18th — but it was a goat. A muscular goat.

In Rio de Janeiro, close to Botafogo’s stadium, is a statue of a boy urinating, inspired by the famous Manneken Pis in Brussels.

It has become an emblem of the club, with fans often dressing the statue in a Botafogo shirt.

Stuff like this is why some people will never appreciate MLS. On the other hand, though, to be honest, really, those people are idiots.

Sadly, Rikter is no longer with us.

Was interested in MLS teams being named after disasters, so looking up the San Jose Earthquakes and found the absolute danger to the community that was their 1999-2002 mascot, RIKTER THE CYBERDOG. pic.twitter.com/vloHyTNlh6

Stranger than Carlos Valderrama? No. 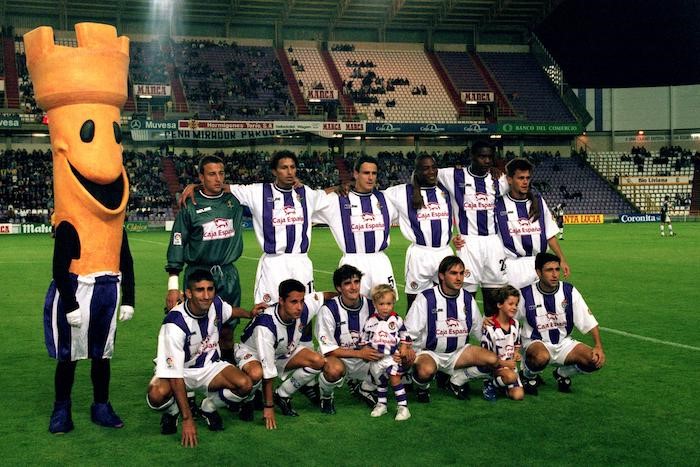 You might think Crystal Palace own this particular niche, but Toronto’s live bird mascot is named ‘Bitchy the Hawk’, so…

The Brazilian club is named after the 15th-century Portuguese explorer, who was the first European to reach India by boat.

There could hardly be a better mascot, could there? 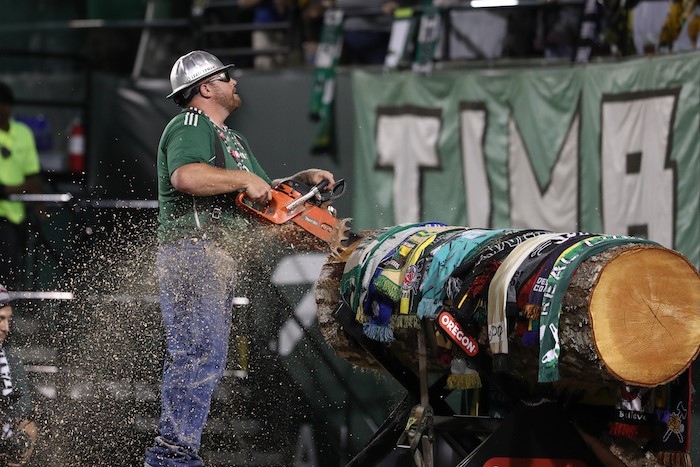 Corinthians’ nickname is ‘Timão’, which means ‘helm’, and their crest depicts an anchor and oars. Makes sense, therefore, that their mascot is a musketeer, a kind of foot soldier.

Here he is being beaten up. 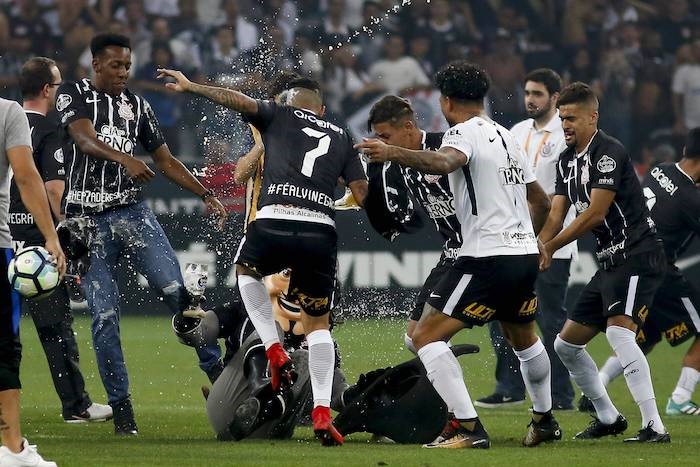 Brazilian club Bahia have brazenly stolen Superman, and you have to give them credit for that.

A good mascot, or a cynical attempt to write ‘Barcelona’ twice for SEO?

FC Barcelona fans will tell you that, actually, Clam was a brilliant NEW SIGNING FOR FC BARCELONA, as good as Lionel Messi, Ronaldinho, Neymar, etc. 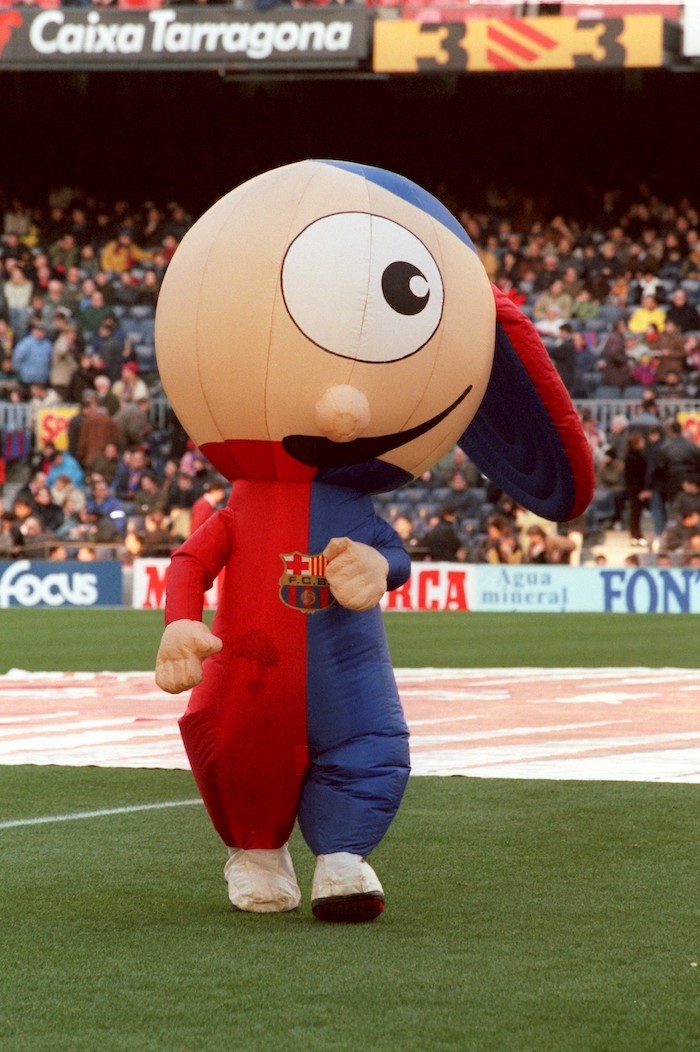 Devil mascots are great, but Fred the Red doesn’t have a working relationship with law enforcement, does he?

Mexico does it again!

A palm tree and a better fit for the club than Denilson.

This is Palmerin, a palm tree, mascot of Betis, a Spanish second division team #TeamMascots pic.twitter.com/KSYyn6yw30

Fans of CD Leganés can count their lucky stars.

Not only do they have former Liverpool forward Nabil El Zhar banging in three goals a season, they also have a cucumber for a mascot.

And look, here he is facing off against the slightly worse plant mascot you just read about!

In 2017, the mascot got in trouble for showing a red card to a Bundesliga referee. 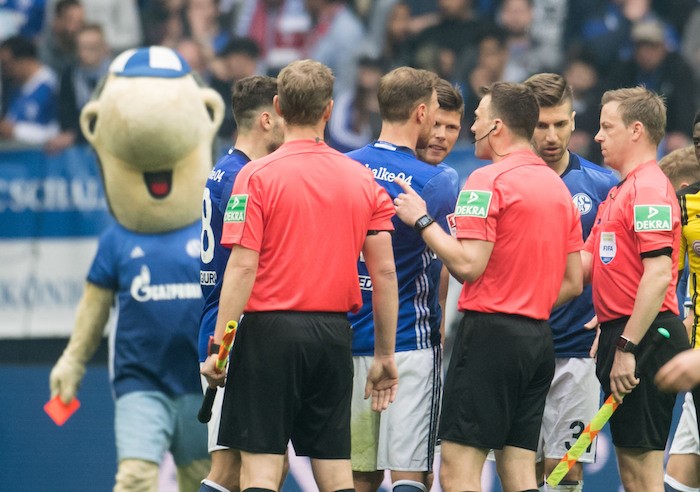 In the club’s own words:

Our mascot is called ‘Groguet’ and its design is representative of ‘the Submarine’, the affectionate name Villarreal CF is known by in La Liga.

It was not hard to choose the colours for the mascot, which are the same yellow and blue worn by the team and the Villarreal CF fans that fill the stands of Estadio de la Cerámica at every home match.

The mascot, officially presented on 26th October 2001, has a strong body, its head is the shape of a submarine but is still human-like in its form and expressions.

‘Groguet’ represents the hopes the club has to make Villarreal CF a strong and established team in the top flight of Spanish football.