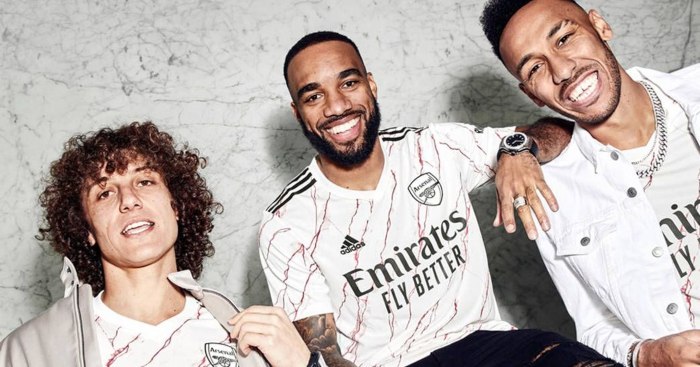 Kit launch season is pretty much the only thing that’s helping us get our heads around the football calendar right now. The fact that some beauties – and some stinkers – have been produced this summer is an added bonus.

We got our heads together to come up with an incredibly scientific way to determine the perfect ranking of all 20 away shirts for the 2020-21 Premier League campaign. Basically, three of us ranked them individually and we took the average…

How wrong did we get it?  Please @ us on Twitter @planetfutebol.

N/A. They’ve not released it yet. “Burnley can fuck off.”

Look, Wolves, we generally like the cut of your jib, but not even Joao Moutinho is going to be able to make this look good. 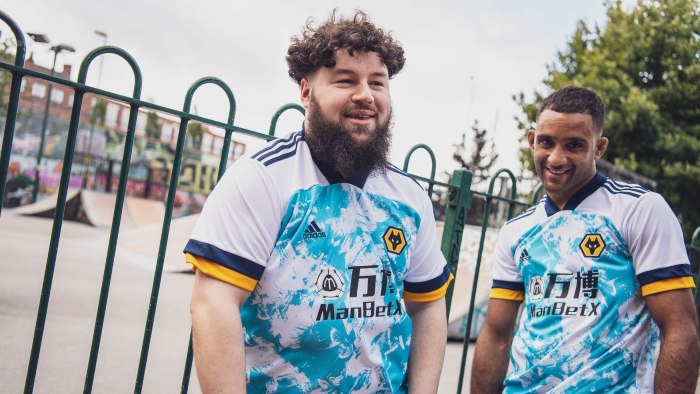 All three West Brom kits are bad this year, but at least this isn’t as bad as the third kit. 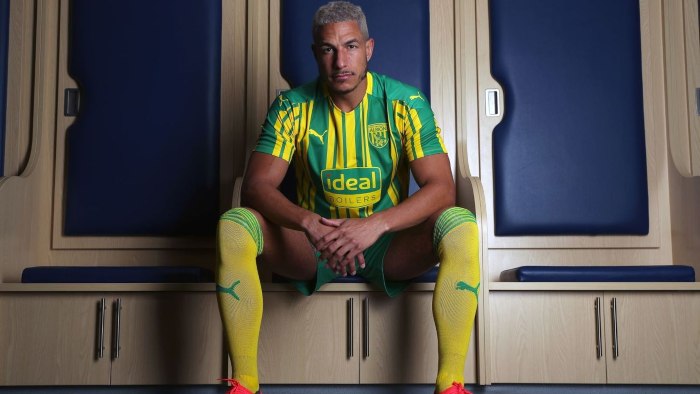 There’s a lot of yellow featured in away kits this year. This is the worst of the lot. It’s like Football Manager couldn’t be arsed recreating a proper shirt. Weirdly, our gaffer actually likes it. 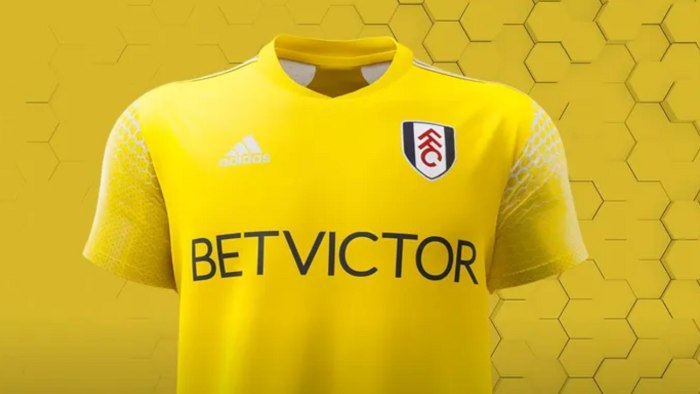 Liverpool have generally nailed their kits in recent years, but this is a no from us. Something about the black trim doesn’t sit quite right. 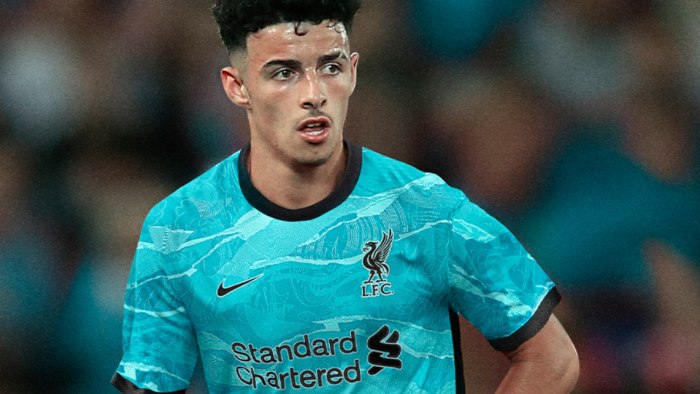 They have Fulham to thank for being this high. 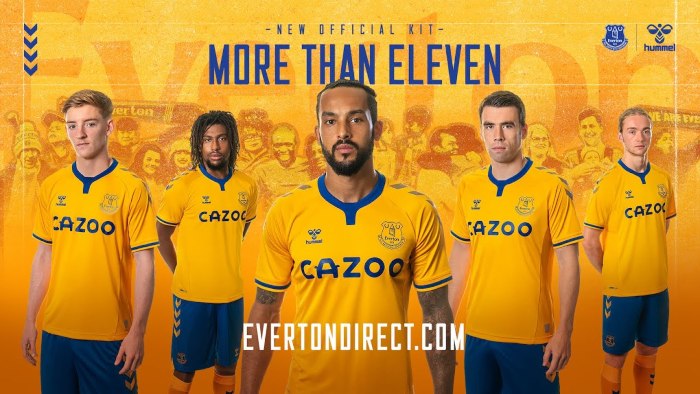 This did get one ranking as high as eighth, but that doesn’t change the fact they’re going to look like a team of stewards. 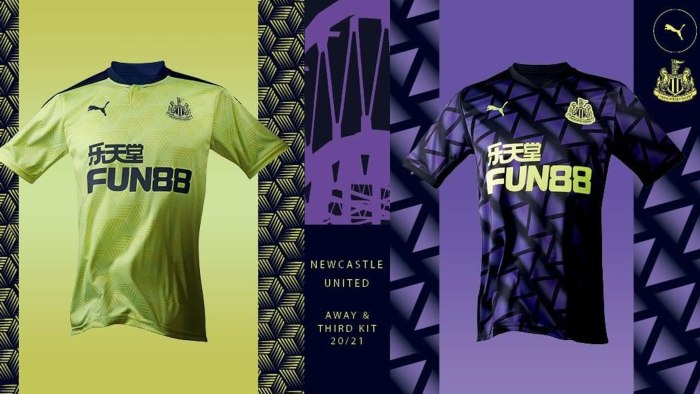 A fitting reminder that money can’t buy you taste. 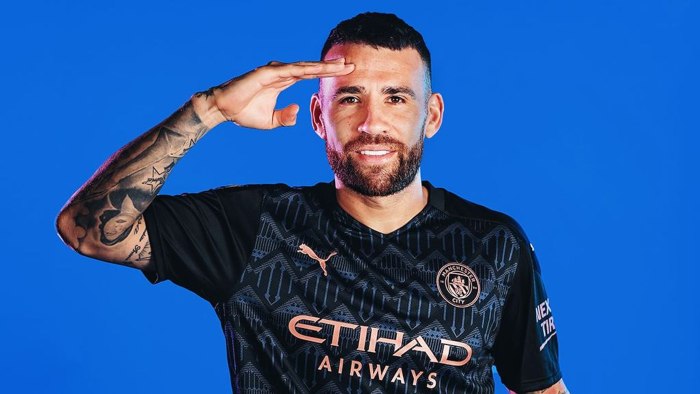 The home kit came 18th in our ranking, but the change in colours makes the away shirt much more palatable. 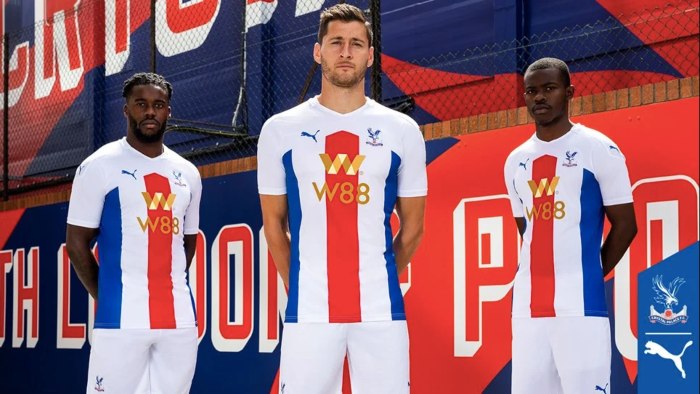 Yeah, it’s fine. It probably helps that the photo we were judging it off had Adam Lallana wearing it, who we have a weird love for. 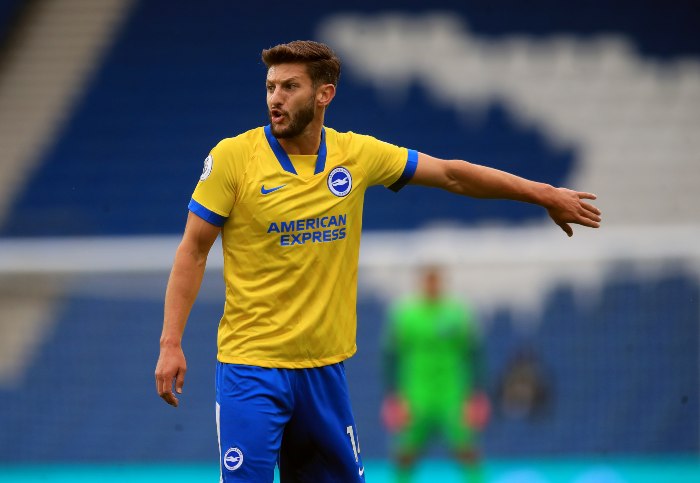 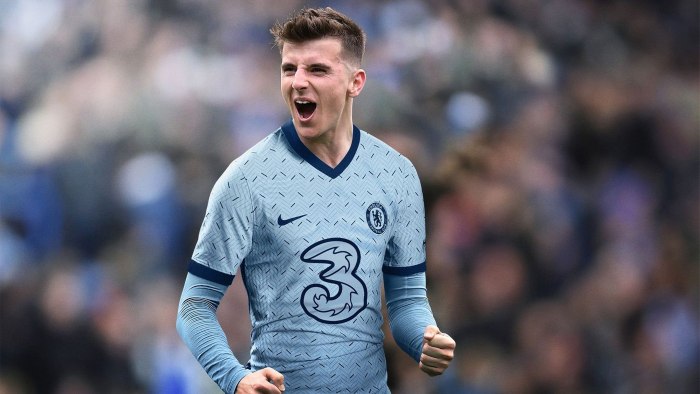 Rankings of 14th and 11th made it look like this was heading for lower mid-table (much like Southampton etc etc), only for a surprise ranking of third to push it into the top 10. 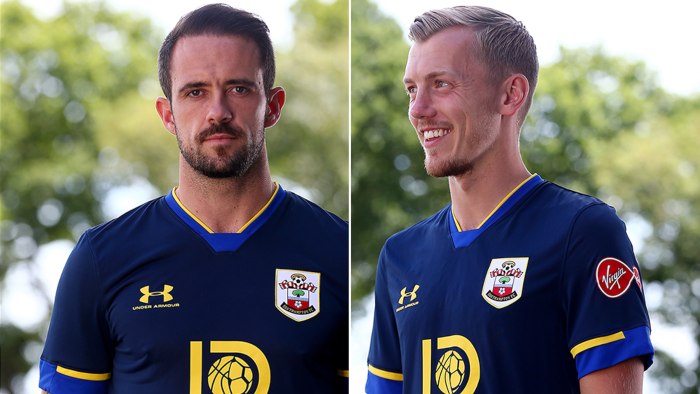 Adidas tend to push the boat out for Arsenal and they came out on top in our home rankings, but we were less certain about this. Pierre-Emerick Aubameyang will no doubt look fantastic while celebrating in it. 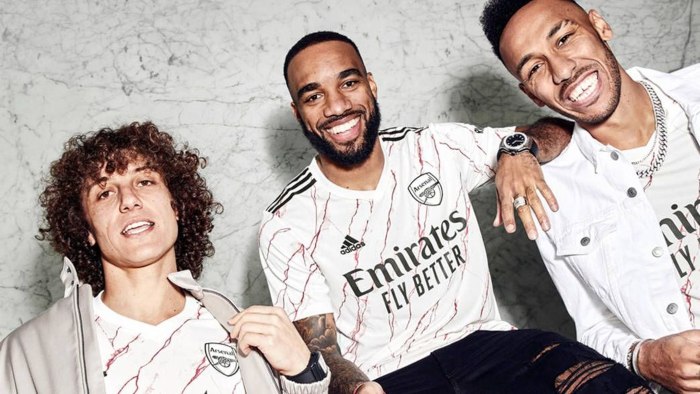 Pink shirts are pretty much always really good, so this makes up for a disappointing home shirt. 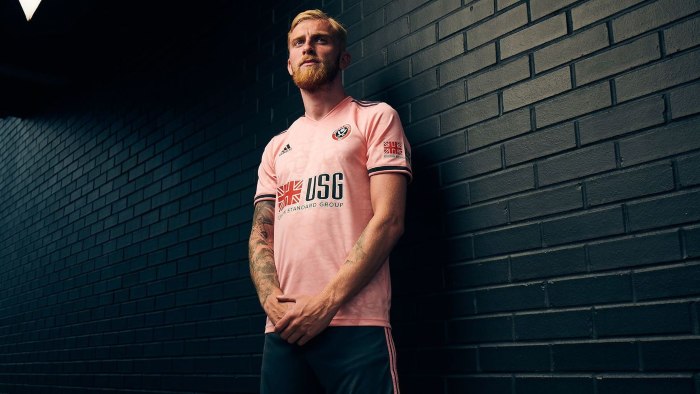 West Ham’s kits have been by far the best thing about West Ham in recent years. 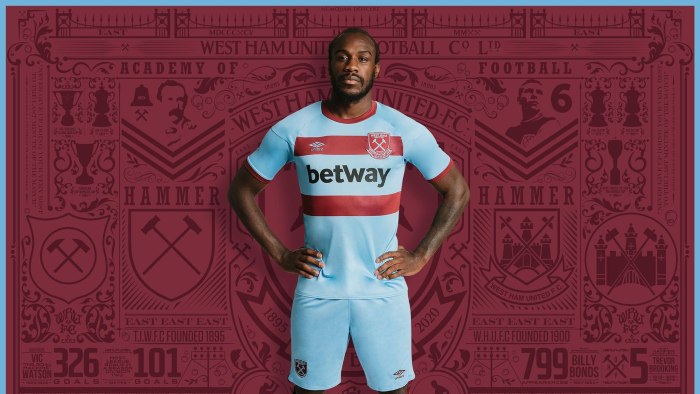 Yeah, this is slick. It speaks volumes that even with two Leeds fans voting this still ended up in the top five. 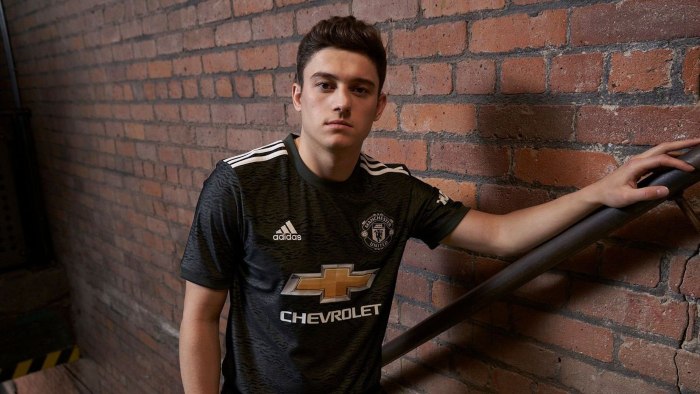 Leicester were never going to reach the heights of last season’s efforts, but they’ve at least provided proof that there should be more burgundy kits. 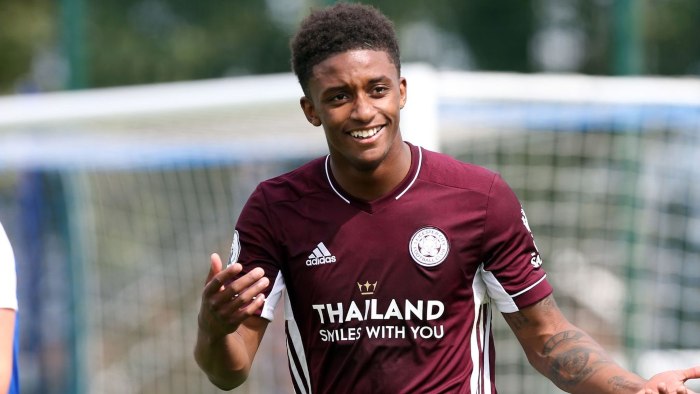 The colours are a wonderful throwback, but we’re less keen on the V-neck Adidas have tried to put on every kit they’ve produced this season. If they’d got Tony Yeboah to model it we’d have had a winner. 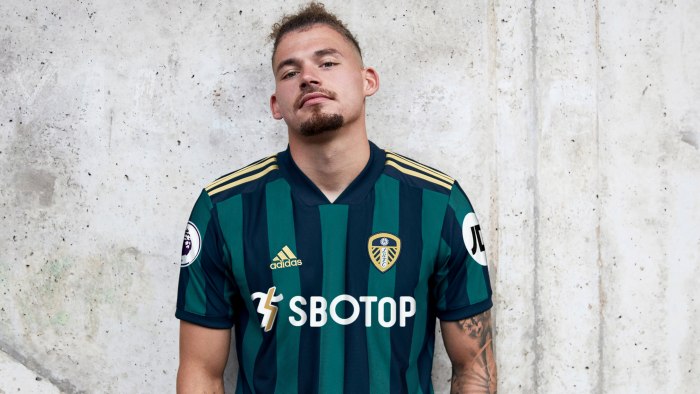 The little things make a big difference. Keep things simple, add a cheeky touch to the collar, and you’ve got a belter. 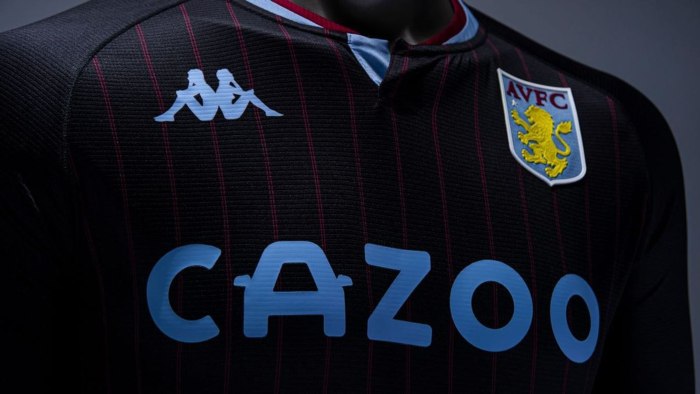 Only one person ranked this first, but two other fourth-placed votes see Spurs come out on top. The round-neck collar has a bit of a mod vibe. Congratulations. 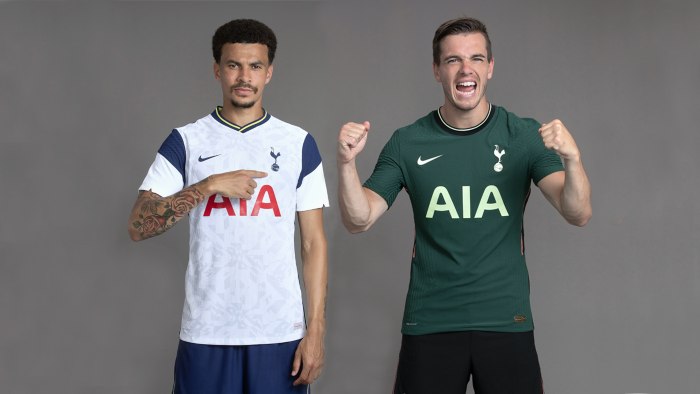 Seven PL youngsters who could break through in 20-21: Elliott, Smith Rowe…