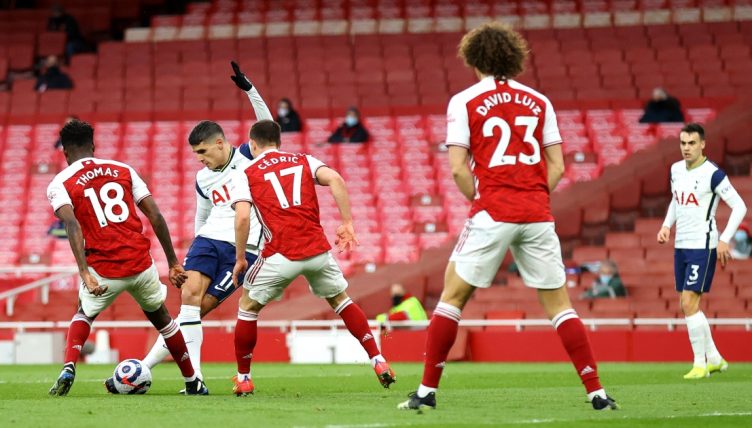 One of the best things about football, and indeed life, is that beauty is in the eye of the beholder.

Sure, most people can agree that Manchester City are aesthetically pleasing to watch. But there’s a minority that cherishes the football on show at West Didsbury & Chorlton FC more than anything produced at the Etihad.

Which leads us to the FIFA Puskas Award. Established in 2009, it attempts to nominate the most beautiful goal scored in the footballing world over the previous 12 months – which is a harder task than it sounds.

The nominees for the 2021 award were announced in November and it’s a list comprising 100% bangers. The 11 goals include scorpion kicks, rabonas, bicycle kicks, audacious chips and goals launched from the International Space Station.

Good luck picking a winner then.

We’ve attempted to do just that, ranking the 11 strikes on the completely scientific basis of which we liked the most.

The camera angle isn’t the best, but this was great. Sanchez picked up the ball 35 yards from goal, set off on a mazy run that took her to the edge of the area and hammered the ball into the top corner.

But even if Sir Alex Ferguson managed every team in the Premier League, three would still be relegated every season. And one of these has to be placed last.

Two goals behind and facing elimination from the Champions League, you could forgive Porto’s players for playing out injury-time with the minimum of enthusiasm.

Taremi, channelling the spirit of a Kamikaze pilot who didn’t realise the war was over in the 1960s, threw himself at a cross and scissor-kicked it past a helpless Eduoard Mendy in the Chelsea goal.

So beautiful, yet so pointless.

Probably the best thing to ever place at number nine, in any list ever.

Diaz has been linked with Liverpool and we can imagine the scenes on the Kop if the Colombia international ever repeated this strike against Manchester United.

But, for us, the emphatic nature of the finish only serves to highlight the paucity of the Brazil defending. Some resistance would have been nice.

It’s impossible not to see this goal and, channelling your inner Patridge, feel compelled to shout ‘DID YOU SEE THAT?’

After some long punts that wouldn’t have looked out-of-place on Hackney Marshes, Owusu-Ansah met one clearance with a swivelling 30-yard shitpinger. Glorious.

One, two, three, four… not Sam Allardyce deciding how many battered sausages to order but the amount of opponents Hein beat to score this Ligue 1 stunner.

Showing off more tricks than Dynamo dressed as a Victorian pickpocket, the 25-year-old worked himself into a shooting position and thumped the ball into the top corner.

Still only comes seventh though.

Chips are great aren’t they? When executed well, they are arguably the most aesthetically pleasing of all goals.

Weir did a number on Manchester United here. Instead of trying her luck with a powerful shot, she surprised everyone by executing a drag back and gently wedging the ball over the hapless goalkeeper.

This one is all about perfect execution.

After cushioning an inch-perfect cross-field ball with a casual heel flick, Mahrez left his marker needing treatment for twisted blood in creating the space to drill a low shot across the keeper.

Riyad Mahrez for Algeria. You'll see a lot of this goal over the next century.pic.twitter.com/Df4oGHtmKS

Except on this occasion, he made it promising.

Forced to go left, he cut inside to leave another defender on his arse before calmly dinking the ball over the keeper.

You’ve seen this one, haven’t you? Ridiculous, isn’t it?

Lamela has an excellent chance of becoming the second player in as many years to win the award while scoring for Tottenham after this Rabona effort in the north London derby.

It’s an excellent, inventive strike but Lamela does Rabonas every single day of this life.

Basically, we’re saying this would have been number one if Eric Dier had done it.

Tottenham’s goal of the season is Erik Lamela’s ridiculous rabona vs. Arsenal.

We miss Olivier Giroud. That beard, his perfect trim and his penchant for the spectacular – like his Puskas-winning scorpion kick against Crystal Palace back in 2017.

Lazaro does a pretty good impression of it here, scoring for Borussia Monchengladbach against Bayer Leverkusen in November 2020.

We have ourselves a scorpion kick! 🦂

Brilliant and audacious in equal measure but, if we’re honest, the sight of Scotland goalkeeper David Marshall floundering in his goal like a fish in a trawler net elevates Schick’s strike into generational greatness.

This was voted goal of the tournament at Euro 2020 and deservedly tops our list too.