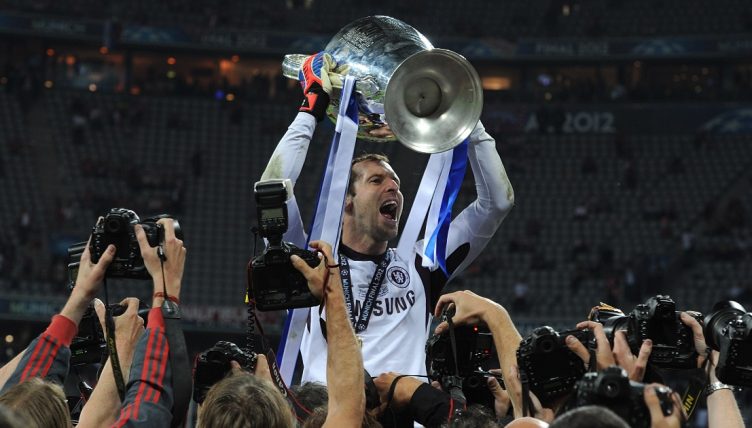 Chelsea have rarely had to worry about who they’ve had between the posts in the Premier League era, thanks to a series of reliable goalkeepers since the turn of the century.

They had an unusually shaky couple of years during Maurizio Sarri and Frank Lampard’s reigns, but things are looking a lot more secure between the sticks now.

But what about all their other ‘keepers in the Premier League era? A total 22 have represented the club in the league since 1992. Here’s how we’ve ranked them.

The Australian had established himself as a steady presence between the sticks in his time at Aston Villa during the 90s and enjoyed some success on his return to Manchester United, winning the Premier League title in 2001-02.

But by the time he arrived in west London, he appeared incapable of replicating his best performances and only made seven appearances for the Blues. Oh, and his time there ended in infamy as he was sacked and banned for nine months after failing a drugs test.

One of the Irish legends of Italia 90, Payton’s career would later nosedive after moving from Bournemouth from Everton in 1991 – although he was getting to the veteran stage of his career at that point.

He never made a single league appearance for the Toffees and was loaned away to four clubs, including Chelsea in 1993, where his solitary second-half appearance came in a 2-0 home defeat to Sheffield Wednesday.

A trailblazer for the Chelsea loan army, having spent the vast majority of his six-year stint at Chelsea sent away on a glamorous tour of England – Crewe, Grimsby, Millwall…

He’d later go on to represent the Republic of Ireland, but his time at Chelsea amounted to a single Premier League appearance – a 3-2 defeat to West Ham.

The former Canada international and Ipswich Town stalwart, Forrest curiously spent the final few months of his time on the Tractor Boys’ books in a short loan spell at Chelsea.

He made three appearances, starting with an inauspicious 3-1 defeat to Newcastle but followed by victories over Leicester (2-1) and Wimbledon (1-0).

The wonderfully-named academy graduate first broke through in 2003 but had little chance of regular opportunities while Carlo Cudicini and latterly Petr Cech were at the club.

The Italian journeyman rarely stayed anywhere long, and that proved to be the case after his arrival at Stamford Bridge in 2003, right at the start of the Roman Abramovic era. He was allowed to leave following the arrival of Petr Cech a year later.

Brought in by his compatriot Claudio Ranieri, he had a debut to forget with a couple of blunders in a 4-2 League Cup victory over Notts County but would later redeem himself with a strong performance at Highbury as Chelsea knocked Arsenal’s Invincibles out of the Champions League.

Turnbull bullishly talked up his chances of competing with Petr Cech for the No.1 shirt when he signed on a free transfer in 2009.

“Understandably it is going to be difficult, Petr Cech is one of the best in the world and it’s not going to be easy, but it’s up to me to work and take my chance when it may come along,” he told Sky Sports.

“Nothing is ever guaranteed, so I see it as a fight between all three of us and it’s an exciting challenge.”

Evidently, things didn’t work out that way, and he made a nightmare debut in an error-strewn 4-0 defeat to Aston Villa, but his honours list will always include a Champions League medal and you can’t take that away from him (even if he didn’t play a single minute).

The one you’ve been waiting for.

Even without his world record for a goalkeeper pricetag, Kepa would have faced plenty of criticism for his performances in a Chelsea shirt.

But given the context of his numerous howlers and tendency to allow long-range efforts past him – he recorded the second-worst save percentage (54.5%) of any Premier League goalkeeper in 2019-20 – and the reported £71.5million Chelsea paid for him, he will surely go down as one of the worst transfers in Premier League history.

Those looking to defend him might argue his first season showed some signs of promise, as Chelsea won the Europa League in 2018-19, while they’ve still achieved back-to-back top-four finishes in spite of his shakiness.

He’s steadily rebuilding his reputation as the No.2 to Edouard Mendy, but for his price tag you’d want a lot more than a half-decent backup.

READ: Chelsea’s most expensive signing for each 2010s season – & how they fared

An experienced and useful backup, the veteran Argentine often did what’s been asked of him when called up. But often not, too.

He was never been quite convincing enough to stake a regular place ahead of an ailing Kepa, while only his Chelsea team-mate and Aston Villa’s Orjan Nyland had a worst save percentage in the 2019-20 Premier League season.

Caballero was released by the Blues last summer but is still going at the age of 40 as a squad player at Southampton.

The former Wimbledon hero arrived at Chelsea for a short stint in 2003 when the goalkeeping position was particularly oversubscribed.

He made eight appearances in total, four in the league, and might have been a useful back-up to Cudicini had Cech never walked through the door. After just one year he went on to join just-relegated Leeds United.

Already 40 years old when he joined Chelsea as a reinforcement in 2013, Schwarzer made an unexpected 12 appearances in all competitions, including four in the league, but all of those were the year before they breezed to the title under Mourinho in 2014-15.

Still, a safe pair of hands as the old cliche goes – and he’d go on to be part of a title-winning squad for a second successive season after he moved to Leicester in 2015.

The Bosnia & Herzegovina international had proven himself as a solid Premier League shot-stopper during his five years at Stoke City and was a quality back-up to have behind Thibaut Courtois.

He made 19 Premier League appearances across two years, but 17 of those came during the ‘Mourinho meltdown’ 10th-place finish in 2015-16, and only two during the title-winning campaign of 2016-17. He struggled for opportunities as Courtois continued to make the position his own under Antonio Conte.

A loyal, often third-choice, servant for eight years, the Portuguese was a handy player to have and made a great start by making his debut in a 1-0 win over reigning European champions Barcelona in 2006.

He remains at the club today, as part of Frank Lampard’s coaching staff.

A dependable presence, Beasant made over 130 appearances for Chelsea, the majority of which came before the Premier League era as they consolidated their place as a top-flight club again following their promotion in 1988/89.

He may well have gone on to feature higher in this list were it not for that incident with the salad cream. 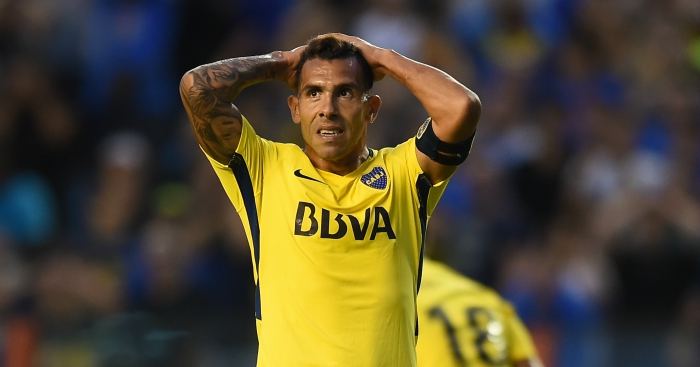 He only made 21 Premier League appearances for the Blues and never convincingly staked a claim for the No.1 shirt – but the experienced Norwegian international had a short spell between the sticks back in the 1996-97 campaign.

The highlight of his time in England undoubtedly came at the old Wembley as he kept a clean sheet in the FA Cup final, as Ruud Gullit’s side ran out 2-0 winners against Middlesbrough.

A solid club servant and able deputy, Hitchcock made 96 league appearances across a 13-year spell at Stamford Bridge, having originally signed for the club back in 1988.

It might have been more were it not for injury issues.

One of the cult 90s figures of the Premier League, the former Russia international will fondly be remembered for those jogging pants and making fairly routine stops look like something from Escape To Victory.

You don’t get many Box Office goalkeepers, and he wasn’t always especially consistent in the Premier League, but Kharine put in some eye-catching performances during Chelsea’s Cup Winners Cup runs, and helped give the rebranded top flight that new, exciting and exotic feel.

Eventually usurped by Carlo Cudicini and spent his last three years at Stamford Bridge on the periphery, but an asset before then as a reliable pair of hands and regular between 1997 and 2000, a period in which the Blues won the FA Cup, League Cup, Cup Winners Cup UEFA Super Cup and Charity Shield. Not bad going.

On the periphery during his initial loan from Castel di Sangro, sitting on the bench for the 2000 FA Cup final, the Italian went on to shine brightly after claiming the spot a short while later.

With a talent for saving penalties, Cudicini will always be affectionately remembered for standing out in a side that otherwise toiled before Abramovic’s investment, named Chelsea’s player of the season in the 2001-02 season and the Premier League goalkeeper of the year in 2002-03.

It was inevitably going to be a struggle to keep getting chances after Petr Cech’s arrival in 2003, but he remained until 2009 as arguably the league’s best back-up.

So outstanding in Atletico Madrid’s against-all-odds title win and run to the Champions League final in 2013-14, it quickly became clear that Courtois was too good to be just another face in Chelsea’s loan army, perennially elsewhere.

And so the club began making plans to integrate him back into the set-up at Stamford Bridge. It would take something special for the Belgian international to usurp the club’s all-time best goalkeeper, but Courtois was able to do so on his return to his parent club.

He started 32 games ahead of Cech as they won the Premier League title in 2014-15 and would become the undisputed No.1, adding a second league title in 2016-17, eventually securing a move to Real Madrid in 2018. Nowadays he’s arguably the best goalkeeper in the world.

One of two Chelsea keepers to win the Champions League, Mendy was instrumental in their 2020-21 triumph, excelling between the sticks as Thomas Tuchel’s Blues conceded just two goals in the entire knockout stages.

The Senegal international doesn’t have a Premier League winners medal, unlike some of the others behind him on this list, but he’s been just as solid in the league. If Chelsea are to close the gap on Manchester City in the coming years, the goalkeeper is the least of their worries.

The undisputable choice, Cech’s time at Chelsea coincides with the most successful period in the club’s history.

Arguably the best goalkeeper in the world for a period in the mid-2000s, he was as important as John Terry in their superlative defensive record between 2004 and 2006, in which they conceded just 15 and 22 goals in back-to-back Premier League title wins.