Ranking the 22 players signed by Marcel Brands at Everton 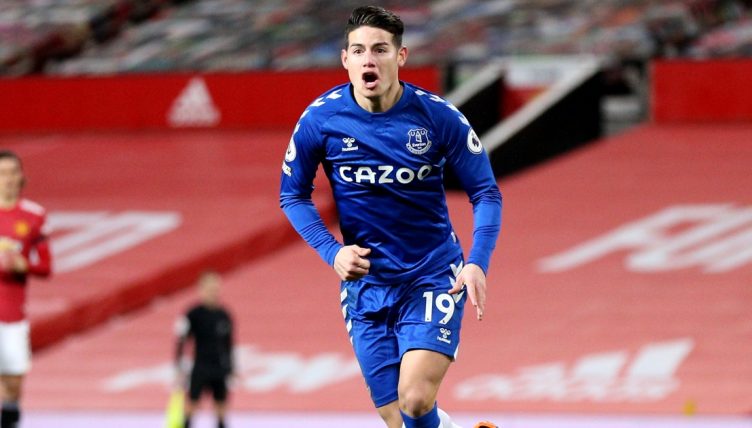 Everton’s recent transfer dealings are the stuff of infamy. If you worry your club is run poorly, Everton’s business in recent years has often been a reminder that things can be worse.

From overpriced flops leaving for little to transfers that have lasted barely six months, Everton had it all under their Director of Football Marcel Brands, who ultimately left his job in December 2021.

After taking over in 2018, Everton made 22 permanent signings under his stewardship. But who were they and how do they rank up against each other?

There were much more expensive and financially damaging transfers on this list, with King arriving from Bournemouth in January 2021 for next to nothing, but none that have come back to bite quite so obviously.

King failed to score once in 11 games for Everton in the second half of 2020-21 before leaving for Watford, where he hit a rich vein of form that culminated in a hat-trick against Everton at Goodison Park.

There were no muted, respectful celebrations from the striker as he wrought revenge against a club that he felt never gave him a chance.

A hat-trick on his return to Goodison Park! 🎩✨

An expensive, disappointing mistake. When Kean joined Everton from Juventus for just over £24million it was seen as a coup as they tried to demonstrate that they were a serious footballing force.

But quickly things went sour, culminating when Duncan Ferguson famously subbed the Italian on and then off against Manchester United.

Under Carlo Ancelotti, it was predicted things would improve but the following season Kean was hurried off to PSG on loan where he scored 13 in 26 league games.

He didn’t want to return but PSG could not negotiate an offer for him. Mercifully, in his view, Juventus took him back to Turin on loan with conditions that could make it permanent. It’s fair to say all parties were happy to say Ciao.

Goalkeeper Lossl signed on a free transfer from Huddersfield in 2019, didn’t play once and was sent straight back on loan to Huddersfield the following January.

He then left for FC Midtjylland in February 2021 for an unannounced fee, probably because it was for nothing.

The Ivorian should have been a good signing, but injury problems mean he has played just five times since signing from Mainz in 2019 for £22million.

With him returning to the matchday squads, Gbamin will have to take one of his opportunities soon or Everton will soon run out of patience.

It’s a bit harsh to have Iwobi so low down here, but the amount of money spent on him necessitates it.

It cost Everton £27million to buy the attacker from boyhood club Arsenal in 2019, and he has just three Premier League goals and three assists in 67 appearances at the time of writing.

Undoubtedly a useful squad player, much better than many on this list, but not one worthy of the fee Everton paid.

Surely the most Everton signing of all time, Rondon arrived this summer for free from China. He has played 11 times, has not scored once and is already mysteriously missing from match-day squads.

His contract runs until 2023, despite him being 32. Don’t be surprised if he leaves earlier for nothing.

Delph is a two-time Premier League winner, so £8million didn’t seem like a bad fee for Everton to have paid Manchester City in 2019.

Yet he has only had a bit-part role in the squad the past couple of years and his contract expires at the end of the current season. With him unlikely to renew, the midfielder will leave the club for free with Everton having received little in the way of performances as compensation for the money spent on him. There are both better and cheaper players on this list.

A third-choice goalkeeper who came in for free from West Brom this summer, Lonergan ticks all the boxes for an absolutely average signing.

He hasn’t played since 2019 at Rochdale but won the 2020 Premier League with Liverpool where he had the same role as he does at Everton now.

The goalkeeper came in from Bournemouth for free to deputise for Jordan Pickford. A solid free signing.

A young player with bags of potential, brought in for basically nothing will always be a good signing. The 21-year-old is currently out on loan at Standard Liege.

See above, rated higher only because he’s younger, has made more first-team appearances, and ticks boxes regarding homegrown rules.

Bernard never lived up to the hype but had his moments in a blue shirt. He came in for free from Shakhtar Donetsk and made over 70 appearances for Everton.

He scored only a handful of times, his best moment coming when he scored an extra-time winner in an FA Cup clash against Jose Mourinho’s Tottenham.

The Brazil international was then deemed surplus to requirements by Rafa Benitez and joined UAE club Sharjah FC in 2021.

Carlo Ancelotti’s #EFC inflicted a fourth defeat for Tottenham Hotspur in five games in all competitions.

It could be debated for hours whether this should be lower or higher, hence why the Colombian finds himself effectively in the middle on this list.

There’s no way around the fact that Rodriguez is a superstar in terms of international notoriety and the fact Everton were able to sign him at all, for free no less, means he can be considered a success from a commercial viewpoint.

On the pitch he was electric at times for the Merseyside club, linking up once again with Ancelotti. He notched up six goals and 10 assists for the club despite persistent injuries, but when Ancelotti left that was also the end for Rodriguez who wanted out.

His escape pod was Qatari club Al-Rayyan, who paid Everton £7.5million for him.

Gomes begins a list of names who you see feature regularly for Everton and are undeniably decent footballers.

The Portugal international undoubtedly has talent, arriving from Barcelona first on loan in 2018 and then permanently the following summer for around £22million.

Yes, that’s a lot of money. But with three full seasons as a regular at the club and re-sale value he was a solid buy, although Everton fans will no doubt want more from him.

Straight after scoring that almost-catastrophic late equaliser against England in the 2018 World Cup, the Colombian signed for Everton from Barcelona.

No one is saying he’s world-class, but the harsh reality of Everton’s situation is that he is more than good enough for them and does the job alongside Michael Keane.

Townsend for free is the definition of a solid signing. He will, at the very least, see out his 2023 contract and already has eight goal contributions this season.

But the main reason why he’s so high on this list is his celebration after scoring against Manchester United in October 2021.

It’s unclear whether the Brazillian will stick around long now Ancelotti is gone, but he didn’t do a Rodriguez and down tools.

The 20-year-old is a solid midfielder, joining last season when Everton dared to dream of European football delivered by Ancelotti. Alas, it failed to materialise but he still demonstrated his ability and offers a bit of quality in an Everton squad that lacks it.

Similar to Allan, it feels as if Doucoure has been a solid piece of business, and he’s only higher than the Brazilian for the simple fact he was cheaper.

Everton won the race to sign Godfrey from Norwich City in 2020, and the money spent on the 23-year-old will likely be recouped if he is ever sold.

A solid Premier League player and a regular in the starting 11, the defender was a rare good signing for the Toffees.

No, it isn’t too early to put him here.

The fact that it only cost Everton £1.7million for the English winger feels as if there was a typo somewhere in the transaction, but it means he is undeniably a great deal.

He has hit the ground running at Goodison, his stunning winner against Arsenal testament to his confidence and ability. Re-sale value, a long-term contract, a cheap deal, and a good player; all things Everton usually do not get but did this time.

When Everton needed him most, Demarai Gray stepped up again 🙌pic.twitter.com/EKOEMPmTK3

Another arrival from Barcelona, Digne came to Merseyside in 2018 and has been one of the league’s best left-back since then. He is more than deserving of the £18million that Everton originally spent to get him.

Baring the recently rumoured falling out with Rafa Benitez, Digne has been a mainstay in the starting 11. If a club comes in for him they will have to pay decent money to prise the France international from Goodison Park, where he is under contract until 2025.

It was never going to be anyone else. Since signing in 2018 from Watford for £35million, the Brazillian has been Everton’s best player and will continue to be until finally one of the big boys come in for him.

A regular in a good Brazil side, Richarlison is still just 24 and under contract until 2024. The Blues will make their money back and then some. 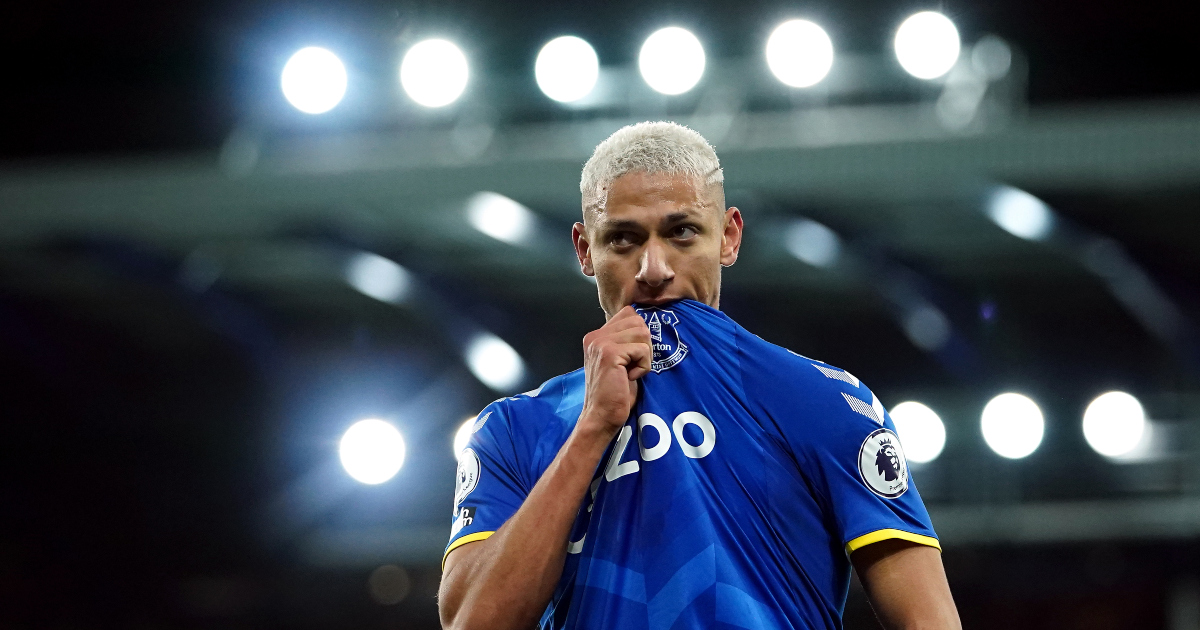 READ MORE: Richarlison’s hat-trick that wasn’t as he and Everton fight for respect