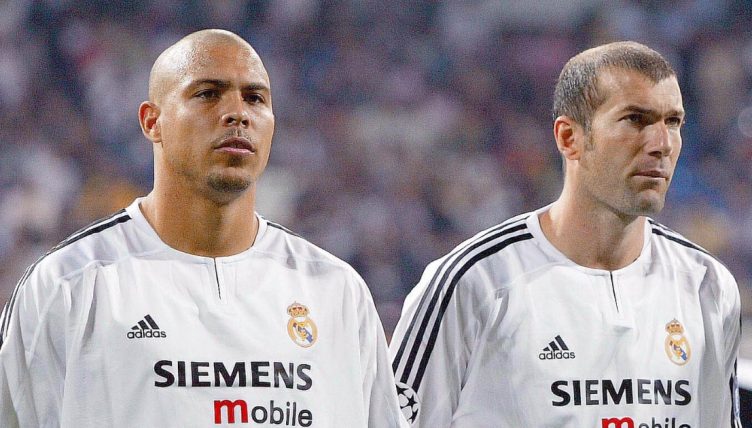 While the Serie A glory years of the 90’s and early 00’s are now well behind us, the Italian top-flight is one that still holds magical powers over thousands of football fans around the world.

Gianluigi Buffon, Paolo Maldini, Andrea Pirlo, Javier Zanetti, Francesco Totti: it is easy to see why it is a period looked back on with such enormous fondness. Real Madrid have never been shy when it comes to splashing the cash and plenty of it has been spent on talent from Italy’s top-flight over the past 20 years.

Carlo Ancelotti is thought to be interested in bringing Cristiano Ronaldo back from Juventus this summer, so with that in mind, we rank the nine players Los Blancos have signed from the division since 2001.

In 2002, Fabio Capello coined the term “Cassanata” in honour of Cassano, a phrase that is still used in Italy for a player incompatible with team spirit. Perhaps this should have served as a red flag for Madrid.

When they came calling in January 2006, Roma were all too eager to cash in after months of conflict over a new deal. It meant Capello was reunited with his favourite student at the Bernabeu.

After his diet went out the window, Cassano was fined by the club for every gram he was overweight. Before the 2006-07 campaign had even ended, he had given an interview saying he would “walk back” to Rome if he had to. Unsurprisingly, he was sent out on loan for the following season and never played for Los Blancos again.

Samuel never really hit his stride in Europe until he signed for Inter Milan in 2005. From there, Javier Zanetti would go on to describe him as the hardest player he had ever played with.

Before that spell, however, came an underwhelming year with Madrid. They splashed €25million on the centre-back in 2004 with hopes of Samuel becoming a leader at the back. That did not materialise, and just a year after buying him, Samuel was back in Serie A.

A combative midfielder, Emerson was one of many players to flee Juventus after their Calciopoli punishment was handed down. Madrid snapped him up for €16million in the summer of 2006.

A mixed season followed at the Bernabeu. His relationship with Capello broke down early on, leading Emerson to express his desire to return to Juve. But slowly his performances improved, and by the end of the season the Brazilian had a La Liga title to his name. The damage was already done, however, and in the summer of 2007 Emerson signed for AC Milan.

Morata had already spent six years with the Spanish giants before his return from a 24 month Juventus spell in 2016.

Upon his return to the club, he added a second Champions League title, having previously been part of the squad that finally secured La Decima. Morata found the net three times in nine appearances on their run to that 11th crown in 2017.

The striker was sold to Juve for €20million and bought back for €30million. A year later, Chelsea snapped him up for €60million. You really cannot fault the business by Madrid in this instance.

A quick look at the current Serie A top list for goalscorers would probably see Morata flying high if he was still playing in Italy, such was his impact there.

Inter Milan were forced into the sale of Kovacic in order to comply with financial fair play regulations, something Roberto Mancini publicly apologised for.

The Croatian would prove an incredibly reliable servant for Madrid, however, making 109 appearances, including 21 as they won three Champions League titles on the bounce. The €29million spent on the midfielder now looks like an absolute bargain.

After lighting up the Champions League with AC Milan over the previous six years, Madrid splashed €67million on the Brazilian in 2009. Kaka may have underwhelmed slightly but remained a reliable performer.

Four years after signing, and following a host of injury problems, Kaka left to rejoin AC Milan, ending with a record of 29 goals and 32 assists in 120 games. Most recently he was seen rocking up to a random 5-a-side game in London and scoring a typically beautiful goal.

The audacity of screaming at Kaka (yes, KAKA!) to cut back during 5-a-side in Hoxton 🤣🤣🤣 pic.twitter.com/sKvVgR8PI4

Madrid paid just €7million for the man who lifted the 2006 World Cup for Italy after the Calciopoli verdicts relegated Juventus to Serie B.

In the grand scheme of Cannavaro’s excellent career, the three-year spell in the Spanish capital was relatively short but incredibly sweet. In that time, he won back-to-back La Liga titles as well as becoming just the third defender to win the Ballon D’Or in 2006.

His form started to dip in the 2008-09 campaign before he returned to Juventus in the summer of 2009. But his legacy at the Bernabeu was secured in record quick time.

So many goals, so many legendary moments. Ronaldo was already a sensation when he moved from Inter Milan in 2002 and left in 2007 with 104 club goals in 177 games. O Fenomeno by name, O Fenomeno by nature.

You didn’t honestly expect anyone else to top this list, did you?

Signed from Juventus in a then-world record deal, Zizou would spend the remaining five years of his career mesmerising Real Madrid supporters, his team-mates and, most often, the opposition with his midfield wizardry. One of the best to ever do it.