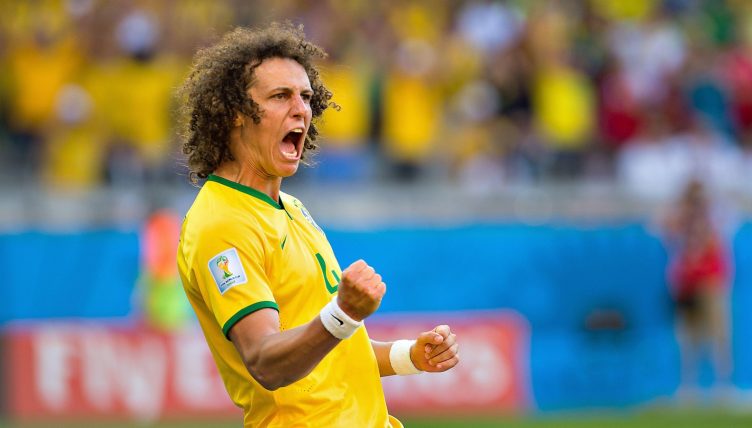 It’s a great feeling when the World Cup begins to take over your television schedule, with games and highlights shown almost constantly across the BBC and ITV.

The theme tunes used by the two broadcasters become implanted into your brain for the course of the summer – though that’s not always a good thing.

We’ve taken a look at every BBC and ITV intro since 1990 and ranked them from a disappointing worst to an incredibly memorable best.

Most of the intros nod to the heritage of each hosting country as well as hinting at the history of the competition. This effort from the BBC manages neither and could hardly be any less rousing.

Some things age well. Others do not. The differently balls randomly scrolling across the screen make this look like a Windows 97 screensaver –  though it does have the bizarre highlight of Caesar’s statue heading a ball.

We’re getting there with some shots of America and some clips, but the fact it’s all weirdly interspersed with dog noises – presumably as a nod to mascot Striker the Dog – make this extremely odd and just downright wrong.

Some nice shots of Russia but the music is curiously lightweight. They should have gone with the fantastic trailer instead.

A forgettable effort from the BBC this year, although the animation is impressive enough.

Maybe this is a little harsh, but as the digital age progresses we’d expect better than this from the BBC, although the music is decent.

Finally we’ve got some decent visual efforts from ITV, which see this higher up on our list than it otherwise would have been.

Speaking of music, this is perfect. The general consensus seems to be using music as a link to the host country, but there’s no need for that in ITV’s rousing title sequence from 2006.

A strong effort, this intro from the BBC in Brazil probably only falls short due to ITV’s wonderfully memorable sequence from the same tournament.

We’re big fans of the shot of Neymar as a figurine before sparking to life.

It’s another excitement-builder from ITV, with a hard-hitting song over the background of images that epitomise the World Cup spirit.

What you want from a title sequence is for it to get you up for the match ahead, and this does just that while still showing off parts of South Korea and Japan’s heritage.

Rousing music with some clever animation – hooray for the inflatable unicorns making an appearance – make this another strong effort from ITV.

This captures everything that was great about the South Africa World Cup, the excitement which was visible for a first tournament held in Africa. A very solid intro.

There are two schools of thoughts here.

One is that the BBC have used a questionably stereotypical French restaurant, with shots of baguettes, berets and red wine, and players’ faces in said bottles as well as glasses and napkins.

The other view, and the one taken by our very nostalgic Editor, who broke off his holiday to bump this up the list, is that all of that, combined with some great clips of previous tournaments and exactly the right music to lift spirits, make this all one of the most memorable intros ever.

The imagery is good, but the music is even better. This. Is. What. We. Want. It makes you want to be there.

We’ve gone out on a massive limb here putting this brilliant piece of work from the BBC only second. It’s undoubtedly the most iconic on the list. But bear with us…

Music on point coupled with really good visuals of Brazilian street football plus some iconic World Cup moments. So, so good.