21 of the best bicycle kicks of all time: Ronaldo, Rooney, Zlatan… 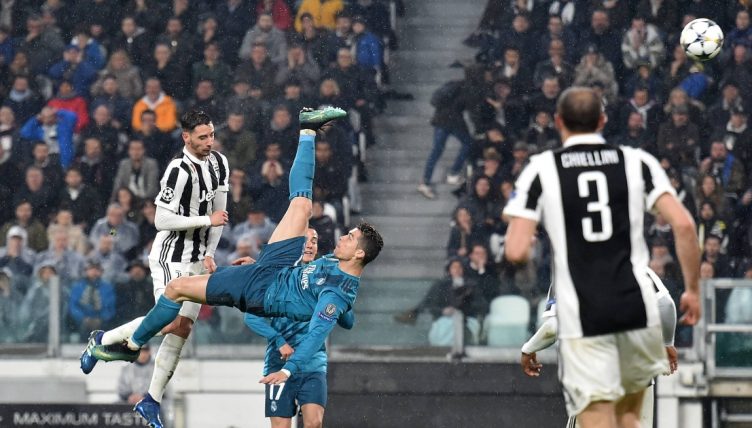 Pretty much every football fan will have a memory of a great bicycle kick, but what has been the best one you’ve ever seen scored?

Before we get into this, it’s worth pointing out we’re well aware of the differences between a bicycle kick, an overhead kick and a scissor kick. But that’s far too long to fit in a headline so just enjoy these great goals and save your hate for someone else.

And be sure let us know on Twitter @planetfutebol if we’ve forgotten a classic you want adding to the list.

#OnThisDay in 2012, Zlatan Ibrahimovic did something which, let's face it, only he can do. That thirty-odd yard overhead kick against England. Sizzled Joe Hart's brain in his head like it was a fried egg. Sensational. pic.twitter.com/Wj7vmmBB8n

22 years since Trevor Sinclair scored one of the great FA Cup goals for @QPR. pic.twitter.com/SD9Jkx4h5S

Gareth Bale’s worldie v Liverpool has not been nominated for UEFA’s 17/18 Goal of the Season award….

⚠️ Reminder: He was a centre-back! pic.twitter.com/qKxHRyNYHL

ON THIS DAY: In 1986, Marco van Basten scored *this* bicycle kick for Ajax.

We'll never get sick of this Emre Can bicycle kick 😍pic.twitter.com/wl6oOEyZzA

📽️ Who can possibly forget this bicycle kick scored by Stan Collymore against Leeds United back in the @premierleague days of October 2000?

Peter Crouch scoring a bicycle kick will forever be poetry in motion. Here's arguably his best one, scored against Galatasaray in the Champions League, back in 2006.#GoodMorningGoalspic.twitter.com/7gAx4f4P8q

✅ Overhead kick
✅ In off the bar
✅ Against your rivals

Fancy a 🚲 kick to get your week started?

Serious air-time for Rory Delap against #THFC at St Mary's in 2004! 🔥 pic.twitter.com/NAWwM2qD8a

Ricky Drury of 9th tier side Holbeach United scoring a fantastic volley against a Worcester City team three divisions above them, in the 2015/16 FA Cup.

ON THIS DAY
😯 ⚽️ This goal was nominated for a FIFA Puskas Award.
👏 🙌 An injury-time bicycle kick by a goalkeeper.
We celebrate Oscarine Masuluke's moment of magic. pic.twitter.com/GeRhS1YrhF