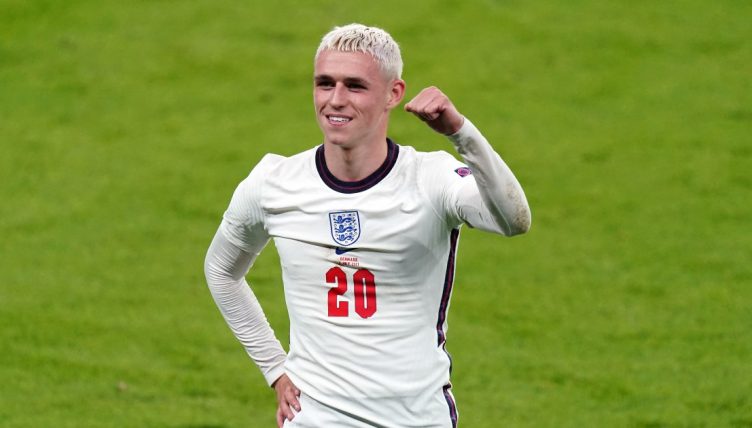 The entire England squad have promised to copy Phil Foden’s dye job if they win Euro 2020 on Sunday. But who will pull it off best?

It seems a long time ago now, but the early days of England’s Euro 2020 campaign were dominated by talk of Phil Foden’s new hairstyle.

Recalling Paul Gascoigne’s look at Euro 96, Foden bleached his barnet – unnaturally straight fringe and all – before taking to the field against Croatia.

Foden has since disappeared from England’s starting XI – and the headlines – but his hair could yet have a huge impact on how we remember this tournament.

That’s because the entire England squad will be bleaching their hair if they beat Italy on Sunday.

Assuming they haven’t forgotten that promise, the team are just one win away from a potentially life-changing trip to the salon.

Here’s how each player will pull it off, ranked from worst to best.

Simply the antithesis of style and creative self-expression.

The closest Maguire gets to ‘grooming’ is when he instinctively flattens his fringe to the side during a match, and that is probably more about widening the impact zone of the ‘slab’, so to speak, than an aesthetic consideration.

He looks weird when he gets a short back and sides. He looks weird in Man United’s zany third kit. And he will look weird with blonde hair.

England’s number two favours a #1 at the barbers. Can you even bleach stubble that short? Will it damage his scalp? Will it grow out into ‘frosted tips’ a la Christian Ziege circa 2000?

These questions will be keeping the stopper awake at night.

This might seem a little harsh given that Harry Kane is literally blonde, but this is a disaster waiting to happen.

Kane’s hairline is about as strong as his ankles, and we don’t fancy its chances against hydrogen peroxide — a chemical compound that, outside of the salon, is also used as a rocket propellant. 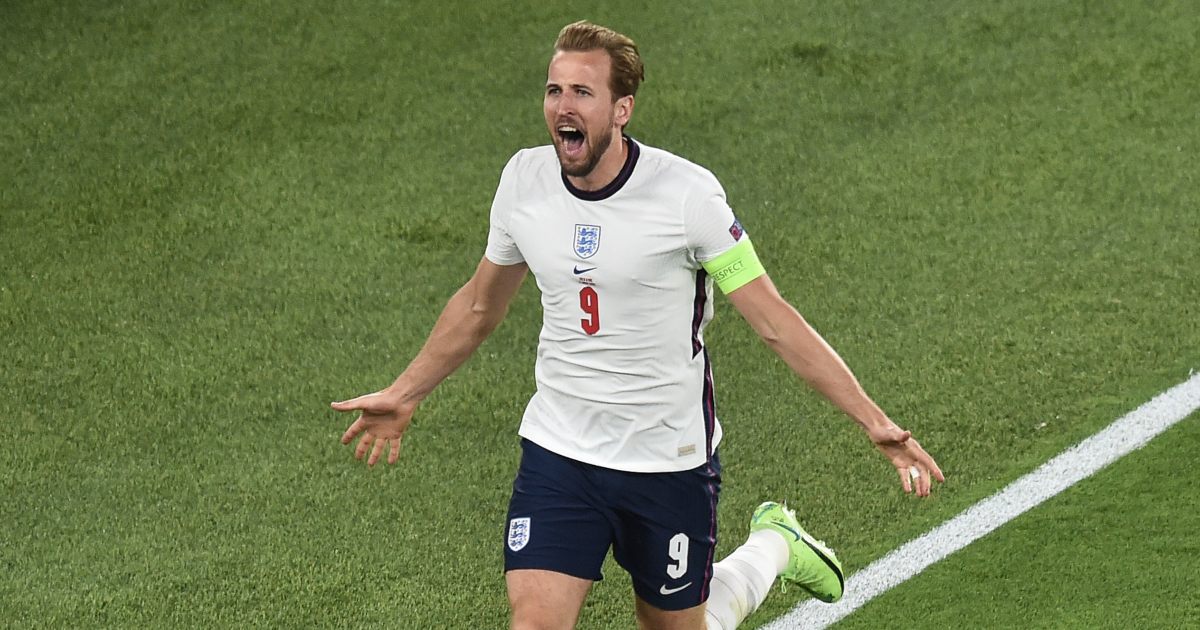 No idea what this would actually look like, but as a nation we need Marcus Rashford to be diametrically opposed to Boris Johnson in every way, and this would not help.

Over the last few years, Trippier has managed to rehabilitate himself from that squared-off nightmare, but now Foden’s little bit of banter could undo all the hard work and push the Atletico wing-back off the wagon.

Shame on you, Phil.

Luke Shaw sported highlights on and off for several years. Now, aged 25, he has thinner hair than Gareth Southgate.

Dortmund youngster Jude Bellingham seems wise beyond his years, but you can still imagine the likes of Mats Hummels and Axel Witsel absolutely rinsing him for this.

He has the confidence for international football, but does he have it for looking like Gazza?

Reacted to Foden’s cheeky proposal by grabbing that unicorn and diving into the nearest body of water.

He’s going to hate it.

Jordan Henderson is no stranger to aluminium foil, having worn highlights when he was Phil Foden’s age and carried it off reasonably well.

It always looked a bit more Phil Neville than Fernando Torres, mind you.

Hendo recently turned 31 and will probably feel quite stupid joining in with this lark, but at least he knows what he’s doing.

Looks better with hair and may well look even better with blonde hair. Just want to see how Mark Noble reacts.

Ben White effectively stole a place in the squad from Jesse Lingard, who would have excelled here and might even have volunteered to do the hairdressing.

Still, the rarely seen Brighton defender is decently coiffed and can probably make this work.

Personally I am sick of Ben Chilwell’s 1950s fetishism, and a bit of peroxide will drag the left-back kicking and screaming into the 21st century.

It will look fine.

He knocks out Austrian forwards for no reason. He chews a lot of gum. He’s also incredibly handsome and could dye his hair claret and blue and still look good.

Does it look good or are we just used to it?

Worth bearing in mind that Foden wears the #20 shirt for England, worn in Euro 96 not by Gazza, but by the very bald and cosmetically mundane Steve Stone.

Maybe a better challenge would be for every member of the squad to draw a member of the 96 team out of hat and copy that haircut. Stuart Pearce, anyone?

He’s 22, still has a juvenile hairline, and seems to love life. Of course he can pull off blonde hair, the shit.

Went blonde for the summer holidays in 2017 and seemingly hasn’t done it again since.

It looked nice then, and Sir Raheem has done enough this tournament that whatever he does from now on will become the trend.

Kalvin Phillips recently went on record about the squad’s haircuts, explaining that his girlfriend usually does his now-iconic braids, which would probably look good in blonde.

Phillips was tactful about Phil Foden’s look, but less so about Luke Shaw’s.

“Obviously I think my hairstyle is good,” he said. “Obviously, Phil’s is a surprise, I never thought he’d do it, but I actually feel like he pulls it off a little bit, because of the history.

“I’m not a fan of just shaving all over and I’d have to look at Shaw because he’s got a bit of a buzzcut hasn’t he?”

Jadon Sancho dabbled with peroxide back in his Man City days and didn’t look terrible.

He sensibly avoided the look while playing in a yellow shirt, but returning to Manchester could be a perfect excuse to return to that look.

The Barnsley Beckenbauer has had the same hair since his Everton days and will presumably be mortified having to emulate Phil Foden.

Will probably still look quite nice, mind you. 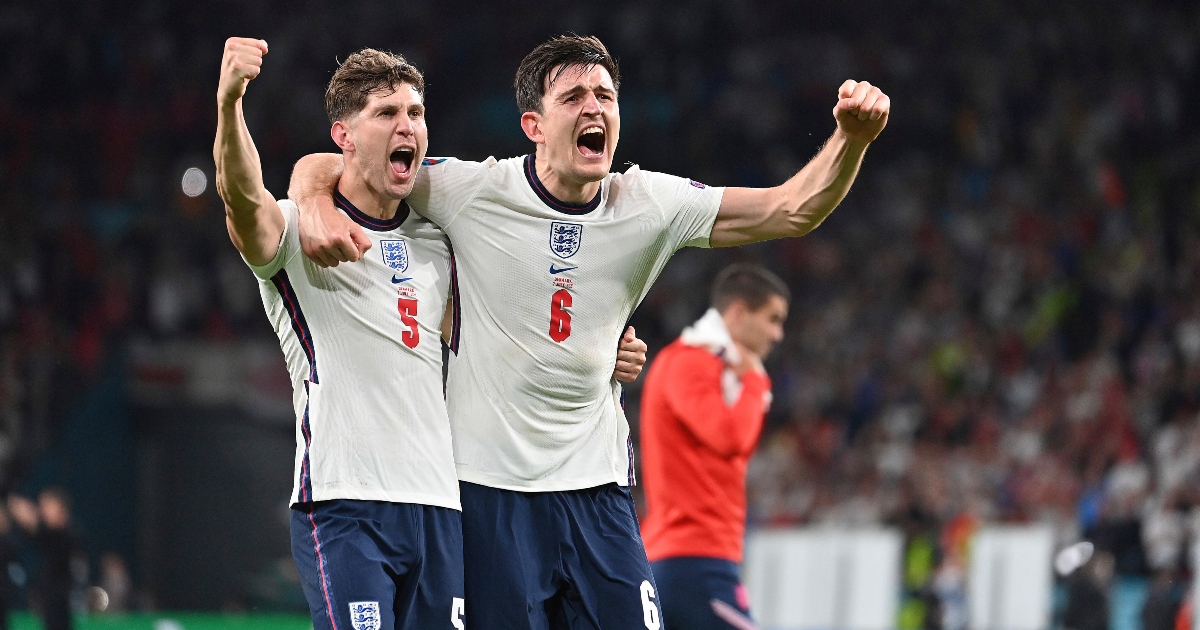 READ: With one celebration, Stones and Maguire underlined Southgate’s legacy

Kyle Walker doesn’t care about hair. Despite having a very solid hairline for a 31-year-old, the City full-back often takes a voluntary buzzcut.

That’s actually something of a power move though: against Denmark, Walker was tasked with marking Mikkel Damsgaard, a man more than 10 years his junior who happens to have a hairline like Mr Burns.

Unlikely the Dane will ever recover.

What is ‘looking good’ though?

Did we expect Jordan Pickford to retain the #1 spot when he chucked in that Divock Origi winner a few months after the 2018 World Cup? No. Did we expect him to grow out his hair? No, frankly, we didn’t think it was possible.

This is the logical endpoint. This is destiny. It must happen.

Reece James had been blonde — and pulling it off — for ages, before abandoning the look on the eve of Euro 2020.

That he might have to immediately revert to his previous style, simply because Phil Foden said so, is really quite funny.

How it started. How it’s going. pic.twitter.com/TPuPIY0Y04

Me and me Mum and me Dad and me Gran and a bucket of Garnier Nutrisse, please.