Ranking the last 10 Nottingham Forest managers by their win percentage 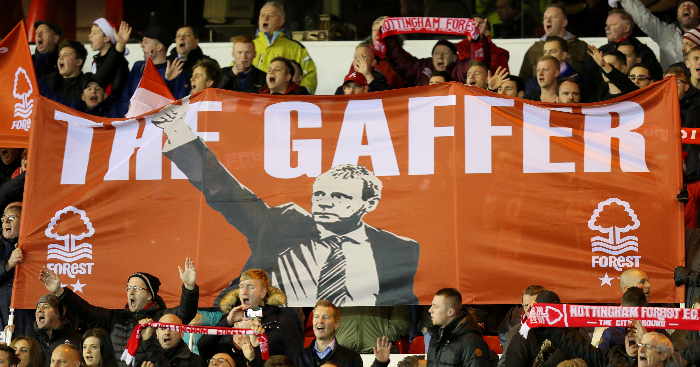 Martin O’Neill became the 12th full-time manager to leave Nottingham Forest this decade when he was sacked at the end of June – but he left with the second-highest win percentage of their past 10 bosses.

Remarkably, despite all of the turmoil and rotating door for managers, Forest have been in the Championship since 2008 – no one currently in the division has been in it for longer.

Ranking from the lowest win percentage to the highest, here’s how their last 10 managers have fared in the dugout.

The Scot, who in the years preceding led Birmingham City to a League Cup but endured a miserable spell in charge of Aston Villa, won just one of his seven games in charge of Forest. He was appointed on the day after Boxing Day in 2012 but was gone by Valentine’s Day.

Now managing Ligue 2 side Lens, Montanier managed about half of the 2016-17 season before he was sacked by the club midway through January.

Hopeless defending proved to be his undoing. Forest kept just two clean sheets of the 30 games he was in charge for.

‘Psycho’ at least made it until the February of the 2014-15 season, his last job as a manager.

Things looked exciting as the club legend as a player won five of his first seven games in charge, but quickly things slipped away.

He was sacked as the club sat 12th in the table after suffering three successive defeats.

Jose Mourinho’s assistant at Real Madrid was unable to build a promotion-winning side at Forest as he had done in his previous job, Middlesbrough.

Still, he lasted just over a full calendar year. There’s got to be some kind of “cat years” formula for Forest managers – one whole year at Forest is equivalent to at least 18 months at an average club, surely.

Pearce’s successor won exactly a third of his games in charge of Forest, 19 of 57. At least he’s got a nice round number on his CV.

Perennial caretaker Brazil was given a shot to take charge for the remainder of the 2016-17 season after a decent start following the sacking of Montanier. But then they lost five of seven games and he was relieved of his first-team duties.

In a subsequent stint as caretaker, he led Forest to a 4-2 victory over Arsenal in the FA Cup.

The Irishman had forged a strong reputation, having recently led Doncaster Rovers to the Championship and was given the biggest job he’d ever get, 12 years into his coaching career, having previously served as an assist to Steve Cotterill.

The Al Hasawi family poached him from Crawley – where he hadn’t yet been in charge for a single professional game – but let him go on Boxing Day 2012 after a 4-2 win over Leeds. They were 8th in the table.

The recently-appointed QPR manager was in charge for 37 games at Forest. Appointed a couple of months before the end of the 2016-17 season, he never quite made it into 2018.

The Cloughian dream team of O’Neill and Roy Keane couldn’t muster the kind of brilliant form needed to steer them up to a play-off spot.

Shortly after Keane’s departure, it was announced O’Neill would follow. He won eight of 19 games in charge, and  Forest finished 9th – their highest league finish for six years.

Davies had been the last man at Forest to complete a full season, in an earlier stint between 2009 and 2011.

Back then his win percentage was 42.1% and he maintained a similar record when he returned for 59 games between February 2013 and March 2014.