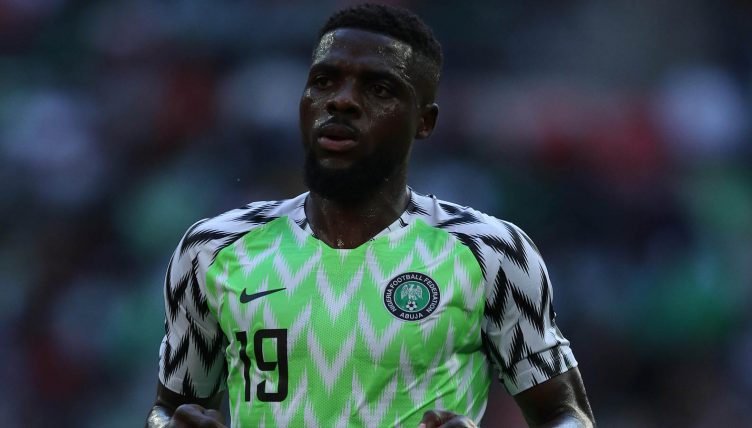 France, Germany and Argentina have worn some of the greatest kits to have graced the World Cup, but who holds the crown for the best shirt ever?

We thought about doing this ourselves, but then we realised we didn’t really want the hate. So we let our friends at COPA90 do it instead. Direct your anger at them, not us.

We reckon they’ve made a decent job of it – though the only entry from last time’s tournament is certainly splitting opinion – but just remember, if you disagree, don’t blame us. Please.

Stretching as far back as 1974, here are 10 of the finest World Cup kits in history.

Simple, elegant, a winner. Especially internationally, kits with central badges are always up there. The gold Puma logo is everything as well.

Everything about it is wonderful, including the players who wore it and the tournament in which they wore it in. Wonderful.

Is Brazil's home shirt by Nike the best at France 98? 👆👆👆 pic.twitter.com/8IuOrxpwZ7

Just as iconic as not knowing the rules of a free kick is this belter that Adidas produced for unknown entity Zaire in 1974.

Not the last time that France 1998 will appear in this list, this effort from Mexico is absolutely astounding.

Linking back to their Aztec history with the wall carving style backprint yet keeping their smart green shirt with a white and red trim, this is beautiful.

Mexico's home shirt from 1998. A thing of beauty. pic.twitter.com/RtTfsMTw7J

One of just two from this millennium to make the top 10, we’re firmly alongside the three million people who pre-ordered this Nike kit.

Retro yet modern, we love it. The sleeves take it from excellent to top drawer.

Never forget this Nigeria kit at the 2018 World Cup 😍💚 pic.twitter.com/HZ3yQYQewW

From the World Cup where squad numbers were handed out alphabetically, including Ossie Ardiles wearing No.2.

The shirt is impeccable, with wide blue and white stripes, and the iconic gold logo on the left.

The latest installment of great #WorldCup shirts looks back at 'la celeste y blanca' of @Argentina from 1978; featuring @osvaldooardiles and alphabetical numbering at the most controversial tournament ever. @Zonal_Marking . Read: https://t.co/6PVGZj88Hs #Selección #Albiceleste. pic.twitter.com/9VfIVnA3np

Finishing runners-up in the tournament famed for Johan Cruyff’s immortal turn, the kit is simple yet wonderful.

Note, though, that Cruyff’s shirt only features two stripes rather than the three stripes as worn by his team-mates. Why? Because he was sponsored by Puma and refused to promote their rivals Adidas.

All the best kits have a story behind them.

Cruyff sponsored by puma in the 1974 world cup. Holland kit was sponsored by adidas. Cruyff shirt only had 2 stripes! pic.twitter.com/j2aFy5TuIN

This is glorious from third-placed Croatia, with the flag covering three quarters of a white shirt – and the return of a central badge.

1998 Croatia home shirt.
Have they ever had a bad home shirt? No. pic.twitter.com/YKpJMfsksf

In all honesty, there are a few German kits which could have made it into the top 10.

The black, red and yellow across a white shirt is striking, but their 1990 strip – which inspired the look for this year’s competition – is absolutely spot on.

Another World Cup winner, this one also wins the best kit, and deservedly so.

There’s a lot going on, but everything from the red stripe across the front to the red, white and blue Adidas arm stripes make this the real MVP.

No @Arsenal match during midweek, so I thought I might as well make it "Wear an Arsenal Legend's Shirt From His National Team" Wednesday! Here's a repro of the 1998 Adidas France shirt, featuring @ThierryHenry. Ready for WC2018 👍 pic.twitter.com/uuE6DyiqIx

READ MORE: A ranking of the best haircuts at the 2018 World Cup: Griezmann, Neymar