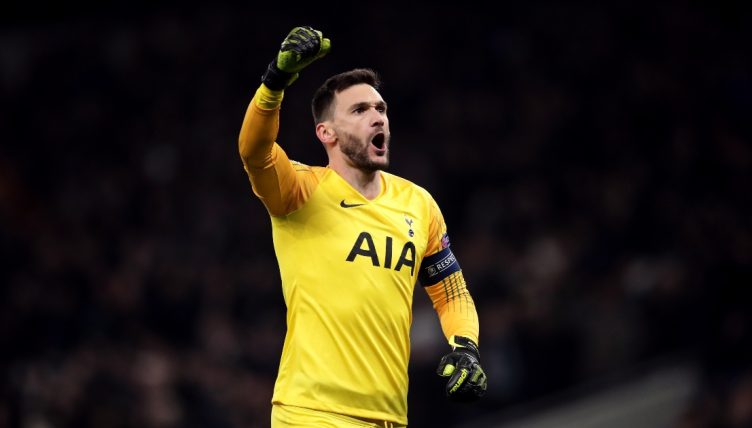 Tottenham have cycled through fewer goalkeepers than most Premier League teams over the last couple of decades.

Just 16 men have kept goal for Spurs in the league since August 1992, with Joe Hart coming and going as backup a testament to their tendency to stick with what they know.

We’ve ranked the group from worst to best, sticking with those who earned league minutes. That means no room for the likes of David Button, Stipe Pletikosa, and even Hart, whose only runouts came in cup competitions.

Long-time backup Alnwick had to wait more than two years for his league bow and marked the occasion by conceding four goals to an already-relegated Burnley. Not great.

Only played 45 minutes in the Premier League, but at least he got a clean sheet in that time. And later agreed to speak to us about it, which was nice. Forged a solid career at Brentford after leaving White Hart Lane, but also found himself remembered for one less glittering moment.

Signing a goalkeeper after a breach of betting regulations is one thing; actually playing him after that – at the age of 36, no less – is another altogether. Played 90 minutes in a league game at Southampton which ended 1-1.

Spent three years on loan at Spurs, which feels weird, but his biggest mistakes came in cup games so we can’t mark him down too harshly. Went on to get the least-deserved assist in history while at QPR with Adel Taarabt.

He was been broadly fine, we guess. Standards are higher now for Spurs keepers, and not being able to stand out in a top-four team doesn’t magically make him worse than some mid-table charges. Has a kind face, too – no wonder Spurs brought him back for a bit.

The experienced goalkeeper has signed a contract with the Club until the end of the season. #THFC ⚪️ #COYS

Some suggested that the Argentinian could be Lloris’ successor as No.1, but he fell down the pecking order following the dismissal of his compatriot Mauricio Pochettino.

Gazzaniga never made it past the level of dependable-ish back-up, going out on loan to Elche shortly after the arrival of Jose Mourinho before being released in the summer of 2021. He’s now on Fulham’s books, but out on loan at Girona.

The former Chelsea stopper arrived as a number two but was called into action a few times before crossing the Atlantic to play for LA Galaxy. Tarred with the brush of playing in the 5-1 FA Cup semi-final defeat against his previous club, but his league outings gave the Italian a bit more to be proud of.

During 64 Spurs games, Sullivan moved on from being just ‘that guy who got lobbed by David Beckham and David Batty in the same week’.

He was a solid number one in a traditional time for Spurs before, in a ‘wait, really?’ moment, moving to Chelsea in Roman Abramovich’s first summer as owner.

Longevity doesn’t always mean quality, and Walker had a fair few low moments to go with the high ones.

He did at least win some England caps in the process, even if the most memorable came in a 1-0 defeat at home to Italy which almost torpedoed the 1998 World Cup qualifying campaign under Glenn Hoddle.

The second of three American-born keepers on this list (Baardsen being the first), Keller was expected to play second fiddle to Sullivan but managed to wrest a starting spot from the Scot.

Impressively, he kept going for a further six years after leaving Spurs aged 35, though his late career in MLS saw him concede one of the all-time great goals in the competition from Eric Hassli.

Having joined Spurs before the advent of the Premier League, Thorstvedt remained first choice in the competition’s early rumblings.

If we were counting pre-1992 seasons then he’d be a lot higher, but injuries limited the Norwegian’s involvement in the last few years of his career.

Incidentally, his son Kristian is also a footballer, enjoying a fruitful first season in Norway’s top flight with Viking.

The American played a big part in the 2011-12 season, in which Spurs finished fourth, but that was his only full season as first choice, thanks in no small part to the arrival of Hugo Lloris.

If this list was about who’s the best at kicking a football really, really far then Robinson would be the undisputed number one.

However, the England goalkeeper’s all-round game was not at as high a level as some others. He was popular, sure, but his flaws came into focus, especially towards the end of his time in north London.

Conversely, Gomes’ errors were high-profile, but his all-round game was more impressive than the man who preceded him as first choice.

The Brazilian played a huge role in the 2009-10 season and the run to fourth place, not least in Spurs’ vital 1-0 win at Manchester City, and he continued to show himself to be a talented if erratic goalkeeper while at Watford.

No one really comes close to the Spurs captain. Lloris has played more than 300 league appearances for Tottenham since joining in 2012, barely missing a game. He was a huge factor in the team establishing itself among the Premier League’s elite during Pochettino’s time in charge.

A few years ago, the thought of a Spurs keeper playing in a World Cup final and Champions League final within the space of 12 months would have been considered far-fetched. For it to be considered entirely normal is the biggest commendation of Lloris’ achievements that we can think of.

READ NEXT: The story of the third-choice Spurs keeper who played just one PL game