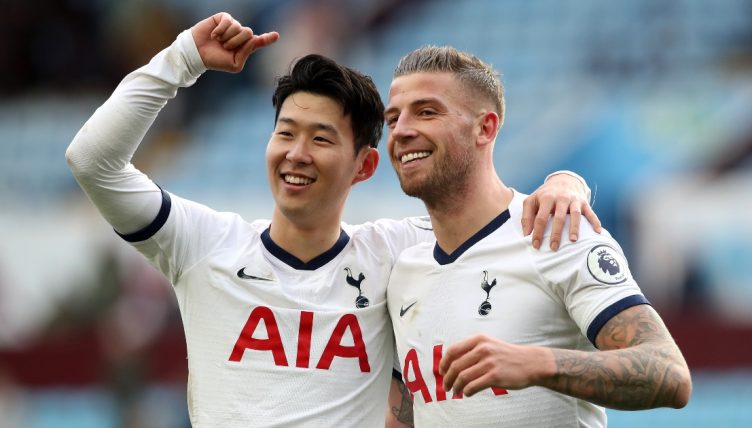 It can be a rollercoaster ride being a Tottenham supporter – and that has been reflected by the wide range of success in the club’s summer transfer window dealings over the past 10 years.

Spurs have honed what was once a scattergun recruitment policy to efficiently sign players to fit the ethos of the team, but there have still been some bumps along the way in what has on the whole been a successful decade.

Having no choice but to sell the irrepressible Welshman to Real Madrid, owner Daniel Levy believed the best policy would be to use the £80million fee to strengthen the entire squad.

In fairness, the purchases of Christian Eriksen and Erik Lamela worked out rather better. For Eriksen alone we were tempted to bump this one up the list. But two out of seven in the window you sell your best player isn’t great.

Their scattergun approach to squad reinforcement that summer became infamous in football circles. So much so that Liverpool repeated the same trick with their Luis Suarez windfall the following year.

Spurs had just reached the Champions League final, but it was clear to most observers that Mauricio Pochettino’s players were exhausted after years of heavy pressing tactics and hard running. Major reinforcements were needed.

In reality, minor cosmetic surgery was the result. It looks increasingly unlikely that Tanguy Ndombele will become an indispensable asset for Tottenham and was horrendously inconsistent throughout his debut season. Giovani Lo Celso too took time to get going, and Ryan Sessegnon has barely played. On the flip side, Kieran Trippier was revitalised after moving to Atletico Madrid.

Pochettino was sacked in November but he could have survived with more appropriate backing.

Yes, the summer where Spurs signed and sold nobody was better than two other transfer windows.

Squad continuity is a valuable commodity in football, prized by all but achieved by seldom few. With retrospect, Tottenham could have done with some fresh legs as their run to the Champions League final masked the collapse of their league form in the second half of the season. There was also the factor of their sparkling new stadium to pay for.

But, as a final swansong for their best squad in a generation, the 2018-19 season was a fitting one for Spurs. Also, it was refreshing to see a side rise above the self-fetishising chaos of the transfer market.

We’ll give them a pass for this one and move on.

Whatever the faults of Jose Mourinho, he has always been successful in getting a tight-fisted chairman to back him in the transfer market. The mind boggles at the charm Mourinho must have laid on Levy to get the Spurs owner to dust down the cobwebs and open his wallet.

But 12 months on it doesn’t appear as though the £100million outlay improved the squad as much as was hoped.

Pierre-Emile Hojbjerg is an unqualified success, while Sergio Reguilon looks a great left-back. But Joe Hart’s most memorable moment during his one-season stint was his Instagram gaffe and Matt Doherty struggled to replicate his old Wolves form – though the arrival of former boss Nuno Espirito Santo offers renewed hope.

Bale had his moments too, but his season-long loan from Real Madrid often felt like an old couple reuniting but failing to quite rekindle the spark.

At this point, Tottenham were arguably the best team in the country. Their form over the second half of the 2016-17 season was sensational and only an equally impressive run by Chelsea earlier in the campaign denied them the title. Only minor tweaks were required.

That’s exactly what happened. Davinson Sanchez slotted in seamlessly at centre-back, and while Serge Aurier may be to composed defending what Richard Keys is to composed thought, he proved a useful player to have in his first couple of seasons.

Daniel Levy deserves a medal for forcing Stoke to pay £18million for Kevin Wimmer, but this summer also saw the departure of Kyle Walker. Despite demonstrating the full range of concentration levels during each game, Walker was a huge loss for Spurs.

As he walked into the training ground in Enfield, with the tactics room overflowing with boxes of Tim Sherwood’s gilets, the thoughts of new manager Pochettino must have been worth a penny or two.

The squad wasn’t in much better condition either, overstocked with superfluous purchases from the ghosts of Tottenham’s past. It would be too much to expect the Argentine to rectify the situation in one summer, but he did manage to sign Ben Davies and Eric Dier, who became mainstays. The less said about Federico Fazio and Benjamin Stambouli the better.

The main clear out would come a year later, but the likes of Sando, Gylfi Sigurdsson and Jake Livermore were moved on. But, the big successes were the signing of youngster Dele Alli and the full integration of a certain Mr. Harry Kane into the first team. 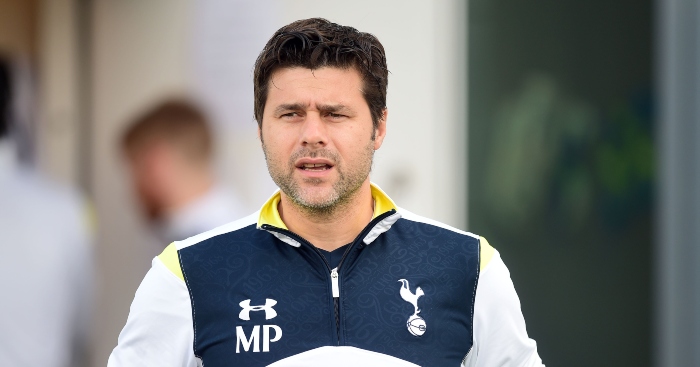 READ: Where are they now? The Spurs side from Poch’s first pre-season friendly

After competing in the nosebleed territory of the title race for much of the season, Spurs eventually finished third behind Arsenal.

However, it was Tottenham who were the ascendant power in north London. The signings of Moussa Sissoko and Victor Wanyama added extra bite to a midfield already existing on a diet of Red Bull and Smarties if the Battle of Stamford Bridge was anything to go by. Squad players such as Ryan Mason, Nacer Chadli and Alex Pritchard were sold for inflated fees.

So why is this summer not ranked higher? Vincent Janssen.

The Dutch striker ‘ticked all the boxes we needed’ according to his manager. Goodness knows what was on the shortlist.

It’s still early days and the jury will be out in due course, but the summer of 2021 looks to have been a great success.

Cristian Romero looks a solid addition to the defence, arriving off the back of winning the Copa America with Argentina, a necessary freshening up as the club looks to a future beyond the old Alderweireld-Verthonghen axis.

Bryan Gil is an exciting prospect, and can always join the Bootleg Beatles if things don’t work out, while Emerson Royal looks likely to be more reliable than the released Aurier. Pape Sarr, loaned back to Metz, appears to be a sound investment too.

But the real success story is retaining Harry Kane amid firm interest from Manchester City. Keeping the club captain was essential – he’s worth so much more than the £150million they might have received in a transfer fee. Just look how they spent the Bale money.

Not only that but they tied Son down to an extended deal. Keeping the band together.

PL Player of the Month:

Their connection already this season ⚡ (via @SpursOfficial)pic.twitter.com/19IiSZdBGr

In the equivalent of your daughter lurching from dating an Essex lad to settling down with a studious professor, Spurs swapped Harry Redknapp for Andre Villas-Boas in the summer of 2012.

The Portuguese manager, who always had the air of a supply teacher, had plenty to prove after being spat out by Roman Abramovich the previous year. His transfer dealings in his first season represented a solid start.

Despite the loss of Luka Modric and Rafael van der Vaart, Villas-Boas managed to recruit Hugo Lloris, Jan Vertonghen and Mousa Dembele, who would all become White Hart Lane stalwarts. While the purchase of Clint Dempsey was less successful, it is worth remembering the USA international was an excellent Premier League performer at the time and Spurs did well to get him.

Even though the team became reliant on the magic of Gareth Bale, this summer transfer window should be considered a success on balance.

The actions of Tottenham in the 2015 transfer window should be the prime example of how to remould your underperforming squad.

Spurs continued their trend of signing roughly three good and two bad players. However, the signings of Kevin Wimmer and Clinton N’Jie are more than overshadowed by the arrivals of Son Heung-min, Toby Alderweireld and Kieran Trippier.

For the first time in years it seemed as if Spurs had cracked the transfer market by signing young players with resale value who could grow with the club.

Therefore, as the catalyst for Tottenham’s best season in generations at the time, 2015 is the clear winner in this list.