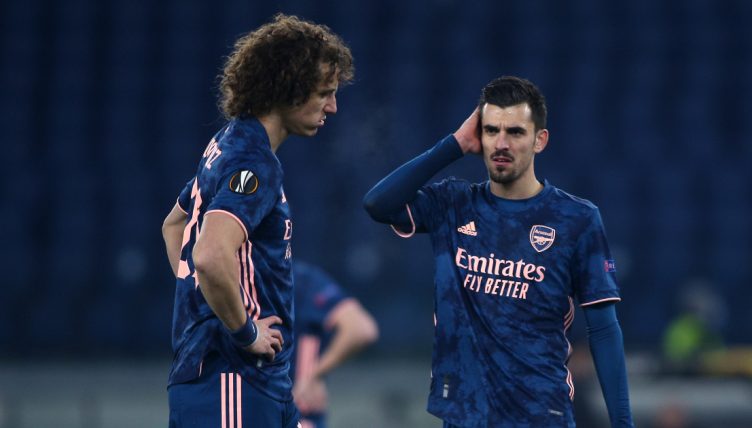 Unai Emery has had a massively successful career, winning 11 major trophies including four Europa Leagues, but his 18 months at Arsenal was a low point.

After an initially positive start, the quality of football declined rapidly, and he lost control of the dressing room before being sacked in November 2019.

The Spaniard then got his revenge, knocking Arsenal out of the Europa League in the 2021 semi-finals with Villarreal, before going on to win the whole thing.

Some argue Emery wasn’t backed enough, but sometimes a good manager can be a bad fit, and he did make 12 first signings in his three transfer windows in London.

We’ve ranked them from worst to best, including those to have joined the Gunners on loan between summer 2018 and 2019.

A serial title winner with Juventus and prime sh*thouse, it was hoped that Lichtsteiner would bring a bit of nastiness that’s been lacking since Patrick Vieira and the Invincibles era.

Arsenal undoubtedly saw some of that but not much else. The veteran’s one-year stint at Arsenal came and went without him leaving much of an impression.

His legs had fully gone by his arrival, and many forget he was even there.

There were some question marks over Sokratis’ performances at his former club Borussia Dortmund, but he looked to have answered his critics as a frequent fixture during a nine-match winning run in the early days of Emery’s tenure.

However, like Lichtsteiner, Arsenal landed Sokratis when he was past his prime, and his rashness at the back alongside Shkodran Mustafi was an absolute disaster at times.

Sokratis eventually lost his place under Mikel Arteta, and was eventually deregistered and released just two and a half years after his arrival.

At £18million, this was not a transfer mistake the club will want to repeat.

Having such a remarkable young talent so low on the list may seem harsh, but the Frenchman is still yet to make a single appearance for Arsenal since his arrival for £27million in 2019.

The 20-year-old has been loaned out successfully to OGC Nice and Marseille back in his home country, but it seems he may finally get his chance next season, and there will be plenty of intrigued fans eager to see what he can bring.

The centre-back has had an incredible season on loan at Marseille, and is already regarded as one of the best defenders in the country. 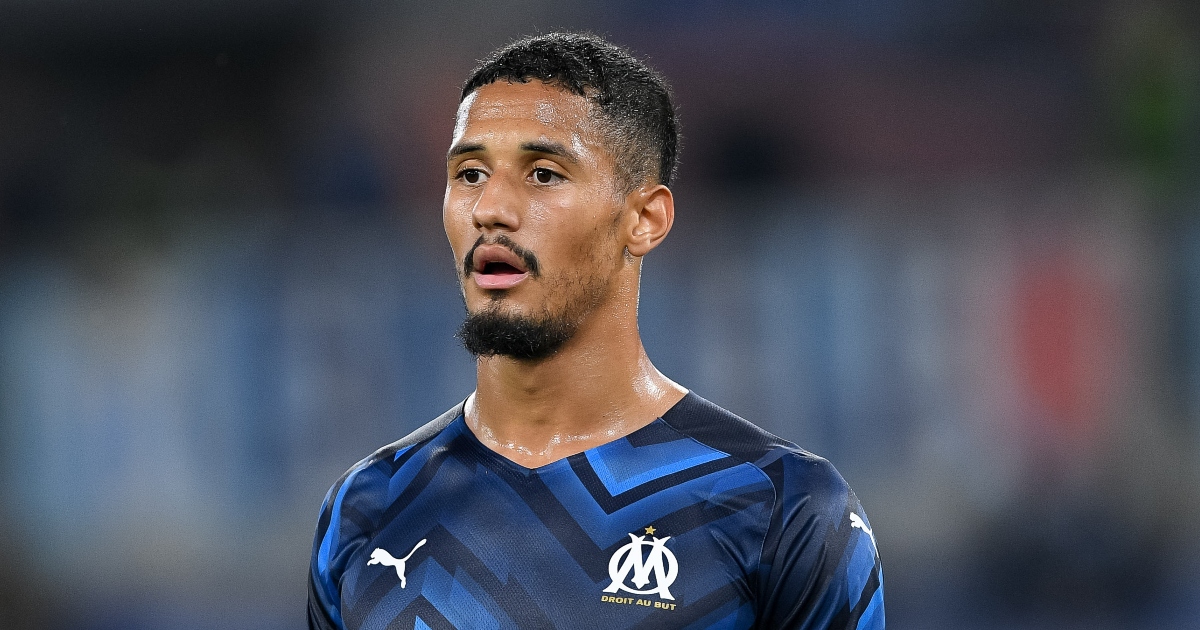 He looked a little rottweiler of a player in his early weeks, showing the kind of off-the-ball tenacity, energy and commitment that Arsenal have so often lacked in midfield.

The early hype even saw him draw comparisons to N’Golo Kante, but that’s looking a little more fanciful now as the Uruguayan faded over the course of 2019, with Unai Emery controversially playing him as an attacking midfielder, which ruined his confidence.

Torreira picked up a bad injury away at Portsmouth in 2020, and never hit the heights again. He joined Atletico Madrid on loan as Thomas Partey came the other way, but is now shining at Fiorentina, who may well activate the £15million option to buy at the end of the season.

The streets won’t forget his purple patch for a few months though, as well as his iconic North London derby goal.

Raved about as Spain’s next supremely gifted technical midfielder from his performances at Real Betis and Spain’s Under-21s, he’s yet to have really made the step-up for Real Madrid since joining in 2017, struggling for opportunities.

Ceballos had a very good first season at Arsenal and was crucial to the FA Cup success under Mikel Arteta, but his second season turned into disaster.

Making costly errors in every round of the Europa League knockouts, Ceballos looked a shadow of the player he was in his first loan spell, and Arsenal chose not to keep him beyond 2021, and he returned to the Bernabeu with his tail between his legs.

Guendouzi is one of the most heavily debated players amongst the Arsenal fanbase.

A talented young midfielder, the 22-year-old is flourishing on loan at Marseille, but this came after he was banished from the Arsenal squad for repeated disciplinary issues.

A hot head who occasionally lacked positional awareness, Guendouzi is now a France International, but his Arsenal career is all but over, and his fight with Neal Maupay was the final straw.

The moment Guendouzi's Arsenal career was over? 🤔

The midfielder didn't play a single game for the club after this full-time altercation with Neal Maupay in June 2020…pic.twitter.com/irxEdsbfUa

One of the most Jekyll & Hyde players of the modern era, the Brazilian centre-half was absolutely brilliant in Chelsea’s title win under Antonio Conte in 2017, and he was also reliable as PSG won back-to-back Ligue 1 titles during his two-year spell in France.

His time at Arsenal was mixed to say the least. He gave away numerous penalties and goals, but was occasionally a colossal defender with an incredible passing range.

Luiz was also a leader, and was very well respected by the younger players at the club, before he departed on a free transfer in 2021.

Arsenal’s record signing has blown hot and cold throughout his time in North London.

At times he would look a world beater, capable of smashing it top bins from ridiculous angles, but he could also look like bambi on ice in the same game.

It was even reported that Unai Emery did not want to sign Pepe, favouring Wilfried Zaha, but the club overruled him on the deal.

“I usually want to sign first the players I know there,” Emery told Football.London in January 2021.

“When we played against Crystal Palace, Zaha showed he was a very good player.

“I also think Nicolas Pepe is a very good player. When you make the decision you have to decide how easy the adaption will be of some players.

With limited gametime thanks to the form of Emile Smith-Rowe and Gabriel Martinelli, it is unclear what the future holds for the Ivorian.

He’s had his moments, but for £72million, more was expected of him.

Deservedly displaced a declining Petr Cech in his first season, the German international goalkeeper was fantastic for a while for the Gunners.

In the late stages of the Unai Emery era, the defence was non-existent, and Leno single-handedly saved Arsenal on multiple occasions with his elite shot-stopping ability.

However, the arrival of Aaron Ramsdale has meant that Leno dropped to the bench, and is certain to leave the club at the end of the season.

One of the best goalkeepers Arsenal have had since Jens Lehmann, he was a victim of circumstance, but handled losing his place with exceptional professionalism.

A £25million arrival from Celtic in 2019, the highly-rated Scotland international has been unlucky with injuries at times, but has been utterly amazing for most of his Arsenal career.

A natural leader with fire in his belly, Tierney is popular amongst the fanbase and is a strong candidate to take the Arsenal captaincy role in the summer.

Tierney snubbed the Gucci bag for the Tesco bag for life. Another reason to love the bloke. pic.twitter.com/LDFeMpHB2y

The young Brazilian was an absolute bargain at a reported fee of £6million from Ituano in the Brazilian lower divisions.

After some injury struggles, the 20-year-old has become an absolute star in this young Arsenal team, and is a rapid forward with a deadly eye for goal.

The sky is the limit for Martinelli, and he was a brilliant find from a club who have often gotten it wrong in the market in recent years. 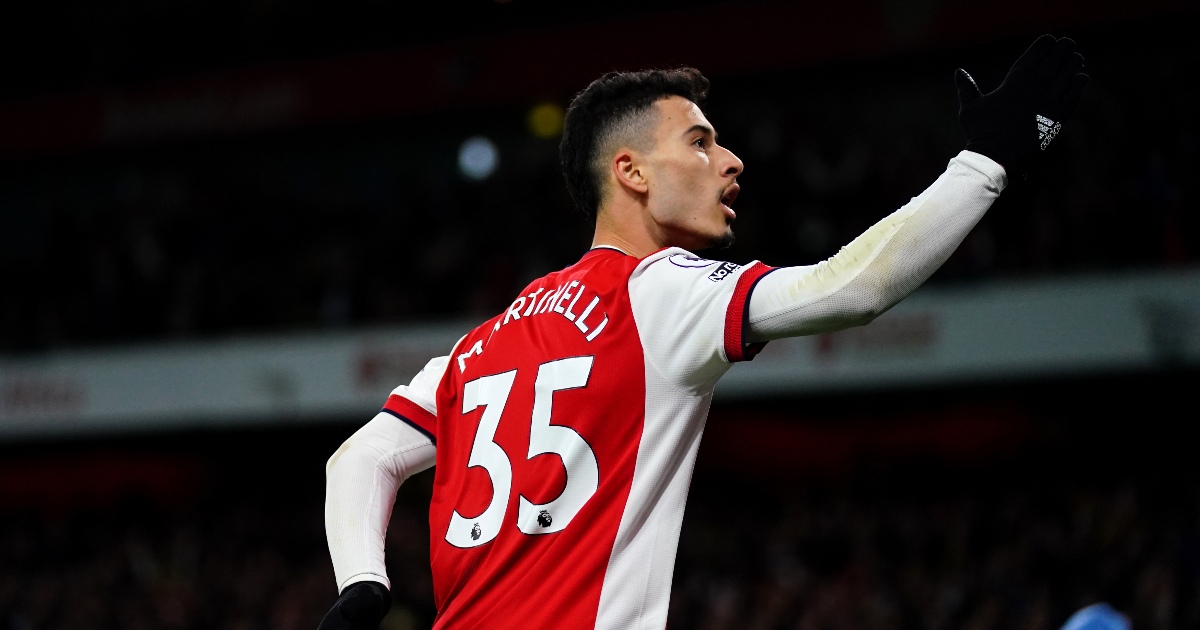