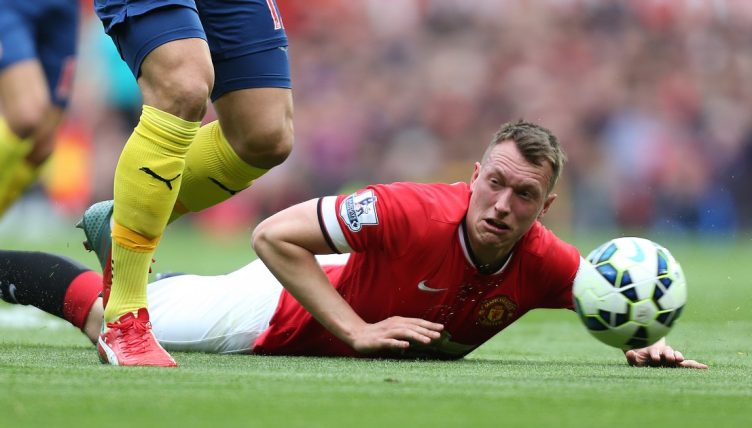 Willingness to put your body on the line – in English football certainly, but in many other countries too – is a yardstick by which commitment to the team is measured.

It is far more important than investing the hours to perfect your passing technique or learn the endless intricacies of intelligent positioning. It is more highly valued than laying off the booze the night before a game to improve your performance.

But if putting your body in harm’s way is selfless heroism, then putting your head there is on a whole other level. It is the ultimate act of self-sacrifice in the name of the greater good.

To help, we’ve brought together some of the finest examples of the face/head tackle genre to rate them on form, difficulty of execution and effectiveness.

Most of our articles don’t come with a health warning. This one most definitely should.

This is the lunge that will spring to mind for any football fan when you mention head tackles. It is seen as a classic of the genre, performed by a man who encapsulates the… erm… heroic… ideal of the English centre-half.

We’d argue that this is actually a fairly poor example though. More of a block than a tackle. Funny, yes, but technically inept and utterly futile. Decent technique with his arms by his sides, and he maybe put Zlatko Dedic off a bit, but it was actually Glen Johnson standing behind him that intercepted the ball.

Spurs were already two down to Manchester City and, with their energy levels about as high as the rabbit powered by batteries from the ‘Other Leading Brand’ in a Duracell advert, there was no way back into the game.

Still, Davinson Sanchez was desperate not to let them score another. So when Ederson’s superb long pass found Ilkay Gundogan on the edge of the area, and Gundogan’s subtle skill left Sanchez stumbling, he had only on choice.

He threw himself forwards, arms by his side and head directed toward the ball. His form was good, the slide lovely; unfortunately, he got absolutely none of the ball and Gundogan got his 11th of the season.

World Cup round of 16. Big game. Against Portugal, reigning European Champions. They’ve got Cristiano Ronaldo and they’re on the attack.

If you’re going to tackle someone with your cranium, this is the stage and this is the time. Lucas Torreira was ready.

Torreira properly went through his man from behind. Got the ball and the man, but mostly the man.

Uruguay went on to win 2-1. Cristiano was on the plane back to Lisbon.

Torreira wanted to prove he was as committed to his new club as he is to his country. They make ‘em from stern stuff in Fray Bentos. Must be all those pies.

To be fair, it was what Arsenal needed – the Gilberto Silva spirit they’d been missing for years. A Vorskla player was running away from him in midfield and the pint-sized Uruguayan saw his opportunity.

This time, though, he crawled across the ground, got nowhere near his man and ended up in a heap on the floor. On a Thursday night. Against Vorskla Poltava.

Arsenal fans might have enjoyed it, but this was neither the time nor the place.

Torreira attempting to tackle with his head pic.twitter.com/yXwvp4TMeN

My 2016, Arsenal had travelled to Old Trafford and, after 20 minutes, Olivier Giroud was in, one-on-one with the ‘keeper.

Jones had stumbled and almost fallen, scrabbling about for a foothold like a spaniel puppy on an ice rink.

This was Giroud’s big chance, the moment to put Arsenal ahead against their old rivals.

Jones came across and somehow turned his contorted visage into the path of the Nike size five. Giroud looked around in disbelief. It was not conventional, but Jones had saved the day.

Vidic was to face tackles what Wiley is to grime: a true innovator and prolific producer of the art form.

There are plenty of examples from Vidic, the most famous of which is probably an attempted block against Swansea.

But that has nothing on this. Like Torreira did with Ronaldo at the World Cup, Vidic chose his moment here.

At home to Arsenal in the first leg of their Champions League semi-final, United were one up through goal machine John O’Shea. Emmanuel Adebayor was through and shaping to shoot with the ball bouncing.

Vidic was there though, ready to do anything necessary to stop Wenger’s pass masters from drawing level.

Knee high, top of the head first, both feet of the floor – artistic, almost. Though it doesn’t really look like it here, he got a touch on the ball and sent it out for a corner.

It stayed 1-0 to United on the night and the next week at the Emirates, they won 3-1 to reach a second successive European final.

QPR had been relegated from the Premier League in 2013, but with a squad that included Jermaine Jenas, Shaun Wright-Phillips, Joey Barton, Yossi Benayoun and Harry Redknapp favourite Niko Kranjcar, the idea was that they’d go straight back up.

They did, winning the play-off final over Derby thanks to a Bobby Zamora last-minute strike.

But rather than any of the technical midfielders or forwards, it was future Premier League winner Danny Simpson who provided the moment of the season with the perfect head tackle in April against Nottingham Forest.

Defending in the corner against Simon Cox, Simpson got his pocket picked. But he was not ready to yield.

He went to ground and, back arched and eyes facing the other way, nicked it off Cox’s toe with the tip of his mini-mohawk.

It did not end there though. Unsatisfied with having dispossessed Cox, Simpson rose from his prostrate position, took a touch with his left boot and was away. The attack was on, Cox kicking the floor in frustration.

This was a masterful display of a difficult art – not just blocking but really winning the ball back for his team.

Leicester clearly liked what they’d seen as Simpson signed for the Foxes that summer. The rest, as they say, is history.

Can you name the 20 players with the most bookings in Prem history?