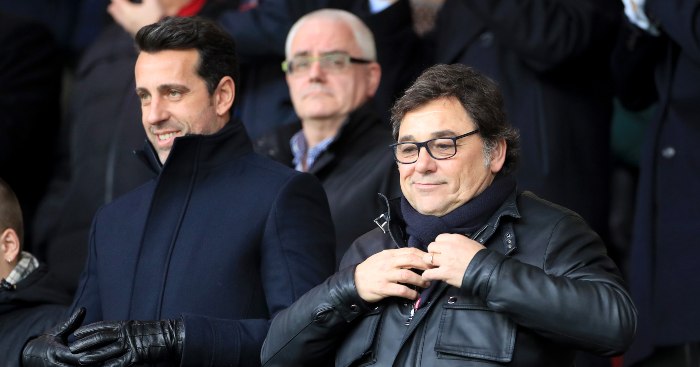 Raul Sanllehi’s arrival as head of football in 2017 was viewed as a positive step forward by Arsenal, yet his transfer record upon leaving the club does not exactly scream ‘success’.

The appointments of Sanllehi and head of recruitment Sven Mislintat were tipped to transform Arsenal’s transfer business, but neither of the duo remain at the club and the Gunners’ dealings are now under even greater scrutiny.

We’ve taken a closer look at the 10 signings Arsenal made under Sanllehi prior to his departure on Saturday.

It remains to be seen whether Mari will justify the faith shown in him by Arsenal, first in signing him on loan from Flamengo in January and then in awarding him a permanent long-term contract after just two-and-a-bit appearances and a serious ankle injury.

To make matters worse, the Brazil international has been sent off twice and the eye-wateringly expensive deal to sign him – and subsequently renew his contract – has prompted plenty of scrutiny on the amount of influence agent Kia Joorabchian has at the club.

But then just as he was completely written off, Luiz turned in superb performances in victories in the semi-final and final of the FA Cup.

Playing in the middle of a back three seems to bring the best out of Luiz, so how wise we view the signing of the centre-back may depend on what system Mikel Arteta opts for next term.

Despite being yet to make his debut for Arsenal, there is already a huge amount of expectation on a teenager with only 24 top-flight starts to have a transformative effect on Arteta’s defence next season.

At least Saliba’s form in the first half of 2019-20 was so impressive Real Madrid were reportedly weighing up a move, which suggests the potential is there for a special player to develop.

While Pepe has grown into his role and improved as his debut season at Arsenal has gone on, especially under Arteta, the signing has been somewhat overshadowed in recent days by reports from ESPN that the club are internally investigating the decision to spend £72million on the winger.

The timing of such a story, coming just a day before Sanllehi’s departure was announced, speaks volumes.

As Nick Ames wrote in The Guardian: “Nobody doubts the Ivorian is a decent player but you would be hard pressed to find anyone, among those in the game who had followed his progress closely, who does not believe Arsenal paid around 50% over the odds.”

We’d suggest he’s been worth the £72million for the backheel nutmeg in the FA Cup final alone. 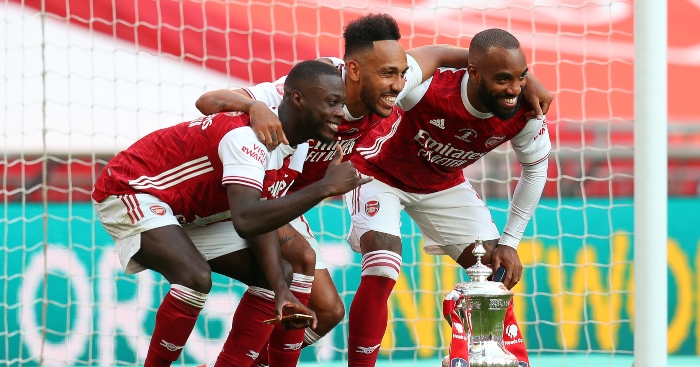 They really want to keep him after some excellent displays in midfield, particularly towards the end of the season, so the loan move can be considered a success.

“The truth is I’m very happy at Arsenal,” Ceballos told Sky Sports in July. “It’s a club in which I already have a year of experience, so it would be very easy to return. I wouldn’t have to adapt to a new league or new club with a different manager and players.

“I think it would be a good step for me. But like I said, my future depends on Real Madrid and right now I don’t know their decision.”

The second Joorabchian client on this list, Arsenal’s decision to sign Soares in January seemed strange given the right-back was nursing a long-term injury that ultimately kept him sidelined for six months.

It was then even stranger to see Arsenal hand the Portugal international a four-year deal to join permanently before he had even debuted for the club.

But then he impressed upon his chance in the first team, making five appearances and scoring once, and he seems a solid option to offer Hector Bellerin back-up and competition at right-back.

He’ll certainly be more useful than Stephan Lichtsteiner, at least.

READ: Why is Stephan Lichtsteiner trying to sell me some really expensive keys?

He tucks his shirt in, he rocks up at matches with his kit in a Tesco carrier bags, he’s bloody brilliant at left-back or in a back three. We’ll give this one a tick.

Another big tick, providing he can recover and get back to his best following a knee injury, Martinelli belied his inexperience to immediately adapt to English football, scoring 10 goals in all competitions, including a Goal of the Season contender against Chelsea.

Admittedly, it seems like scouts Francis Cagigao (who has now left the club) and Everton Gushiken deserve the credit for unearthing the Brazilian teenager.

Another Kia Joorabchian client coming towards the end of his career being handed a big contract, you say?

At least Arteta seems keen to work with Willian, so the proof will be in the pudding.