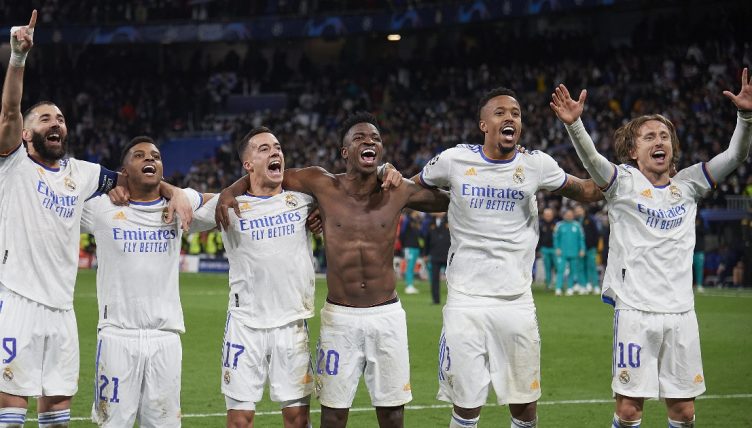 A wonderful Kylian Mbappe finish in the first half added to his match-winning strike in the first-leg to put Carlo Ancelotti’s men on the verge of an untimely exit from the competition.

But the 23-year-old’s compatriot struck three decisive goals in the second period and the Parisiens trend of failing on the European stage continued.

The blockbuster tie delivered up to the hype. It was a Champions League classic the French side won’t be able to forget in a hurry as they snatched defeat from the jaws of victory. The pressure will now crank up on Mauricio Pochettino and the array of superstar names who capitulated.

“I’m proud to be third best goalscorer in Real Madrid history but I won’t stop, I want to score again and again,” Benzema told reporters after the match.

“Real Madrid are still alive and we’ll never give up. We’ve to say thanks to Real Madrid fans, they were special tonight”.

Here are 11 unbelievable stats from one of the great nights in Europe’s elite competition.

– Benzema has become the oldest player in Champions League history to score a hat-trick. Aged 34 and 80 days, the striker – who seems to get better as the years go by – takes the mantle from his international team-mate Oliver Giroud.

– Benzema’s appearance against PSG was his 500th for the club since he arrived from Lyon in 2009. Roberto Carlos (524) is the only foreign player in Madrid’s history to rack up more.

– PSG conceded three goals in 16 minutes and 41 seconds, a first in a Champions League match since March 2017, when they lost 6-1 to Barcelona (via Opta Jean).

– Mbappe’s first-half goal saw the 23-year-old move third in the all-time list for away goals in the knockout stages of the Champions League (11) – scant consolation for PSG to have a player of his incredible standing, although he may not remain in Paris for much longer.

– Benzema’s XG for the three goals he scored (1.26) was just less than PSG’s (1.43), highlighting further the remarkable efforts by the forward to lead his side to victory.

– Carlo Ancelotti’s progression to the quarter-finals means he’s become the first coach to reach this stage of the competition in four consecutive decades – he’s done so previously with Juventus, AC Milan and Madrid.

– Benzema has become the first player to score in 18 successive calendar years in the Champions League (2005-2022) – the France international broke all sorts of records tonight.

– Toni Kroos’ pass accuracy is yet to dip below the 90% mark in the seven Champions League matches he’s played in this season – he had 96.2% completion against PSG playing alongside Luka Modric.

– PSG have now only won one of their last nine Champions League away matches against Spanish opposition – a 4-1 last 16 victory at the Nou Camp in last season’s competition.