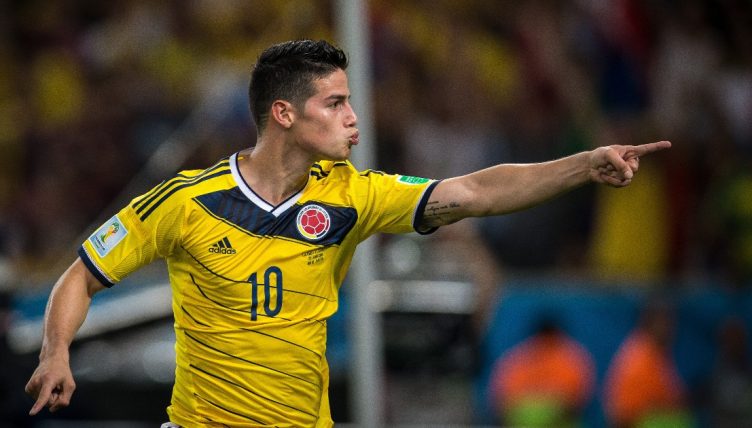 The World Cup is the ultimate audition for players around the globe to grab the attention of Europe’s elite. Real Madrid are a club who have quickly snapped up the services of stars that lit up the grandest football competition for their respective countries in the 21st century.

Madrid have signed a quartet of players on the back of four out of the five World Cups that have been held over the last 22 years.

The Spanish giants broke their trend in 2018 when they made the uncustomary decision not to sign anyone in the summer transfer window that coincided with, and followed, France’s World Cup triumph in Russia.

We’ve taken a closer look at the last four players who impressed at a World Cup before joining Madrid.

Ronaldo missed Brazil’s qualification campaign ahead of the 2002 tournament in South Korea and Japan – rupturing a cruciate ligament in his knee was an injury that left many doubting whether ‘El Fenomeno’ would ever return to the dazzling heights he had previously shown.

But he silenced any doubters and struck up a menacing partnership with Ronaldinho and Rivaldo. Ronaldo came away with the World Cup trophy and the Golden Boot in 2002 after scoring two goals against Germany in the final.

With the forward making a mockery of the world’s best defenders, Real Madrid president Florentino Perez stumped up €45million to complete a deal with Inter Milan for a man who won his second Ballon d’Or at the end of that year.

After scoring on his debut at the start of the 2002-03 season, the Brazil international racked up a further 103 goals in the Spanish capital.

“I have never felt cherished at the Santiago Bernabeu and I don’t get why. I have never been treated with love here,” Ronaldo said during his five-year trophy-laden stay at Real before he returned to Italy with AC Milan.

Ronaldo’s history of playing for Barcelona years prior may have been the reason why he didn’t always receive the adulation his performances warranted.

Cannavaro had just captained Italy to World Cup glory in Germany when Los Blancos repeated their transfer strategy of four years prior – signing a key player from the tournament’s winning country.

At 32, Cannavaro was handed the No.5 shirt previously worn by club legend Zinedine Zidane after arriving from Juventus ahead of the 2006-07 campaign.

Like Ronaldo, the centre-back was awarded the Ballon d’Or – becoming one of three defenders in history to win the individual accolade alongside Franz Beckenbauer and Matthias Sammer – in the same year he joined a team littered with world-class talent.

He amassed over 100 appearances during his three-season stint at Madrid, helping the club win two La Liga titles.

Many of Europe’s elite were vying for Ozil’s signature following his wonderful World Cup campaign in South Africa. As a 21-year-old, he performed beyond his years and helped Joachim Low’s team reach the semi-final stage.

It was Madrid who struck a bargain with Bundesliga outfit Werder Bremen, signing Ozil for just €15million! The midfielder was initially expected to play second-fiddle to Kaka but soon became a regular starter under Jose Mourinho.

He made over 150 appearances for the club and was dubbed as an ‘assist king’ as his ability to execute a killer pass was unrivalled – Cristiano Ronaldo benefitted from his service no fewer than 27 times.

Ozil made the switch to Arsenal in 2013 after Angel Di Maria was seemingly favoured by Carlo Ancelotti. But what a time the Bernabeu fan-favourite had in Spain; he was at the peak of his powers in the famous white shirt.

Rodriguez was fast becoming one of Europe’s emerging stars as he finished the 2014 World Cup in Brazil with six goals and two assists for Colombia – including one of the greatest goals in the competition’s history against Uruguay.

Madrid swooped to secure the 2014 Golden Boot winner for a €90million fee, making him the fourth most-expensive signing of all time.

In his first season, Rodriguez accumulated 35 goal contributions as he struck up near-telepathic on-field relationships with Ronaldo, Gareth Bale and Karim Benzema.

But the South American’s impact soon dwindled, and he spent two years on loan at Bayern Munich before being sold to Everton in 2020.

It won goal of the tournament and the Puskas award 🏆