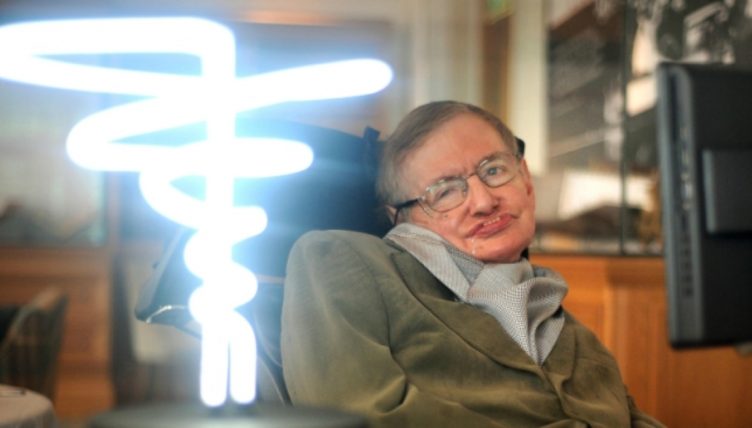 Ahead of the Brazil World Cup in 2014, bookmakers Paddy Power asked legendary physicist Stephen Hawking to create a formula for England to win the competition.

“As we say in science,” he said, “England couldn’t hit a cow’s arse with a banjo.”

Hawking looked at two theories, assessing just what it takes to score in a penalty shootout and also what variables need to be in place for England to win in Brazil.

“Ever since the dawn of civilisation, people have not been content to see events as unconnected and inexplicable,” the Fellow of the Royal Society said in a press conference used to unveil his findings.

“They have craved understanding of the underlying order in the world. The World Cup is no different.”

Paddy Power used the excuse that Hawking may be slightly better qualified to call the World Cup than Paul the Octopus, who was employed to predict the outcome of matches during the 2010 competition.

They were wrong, of course. 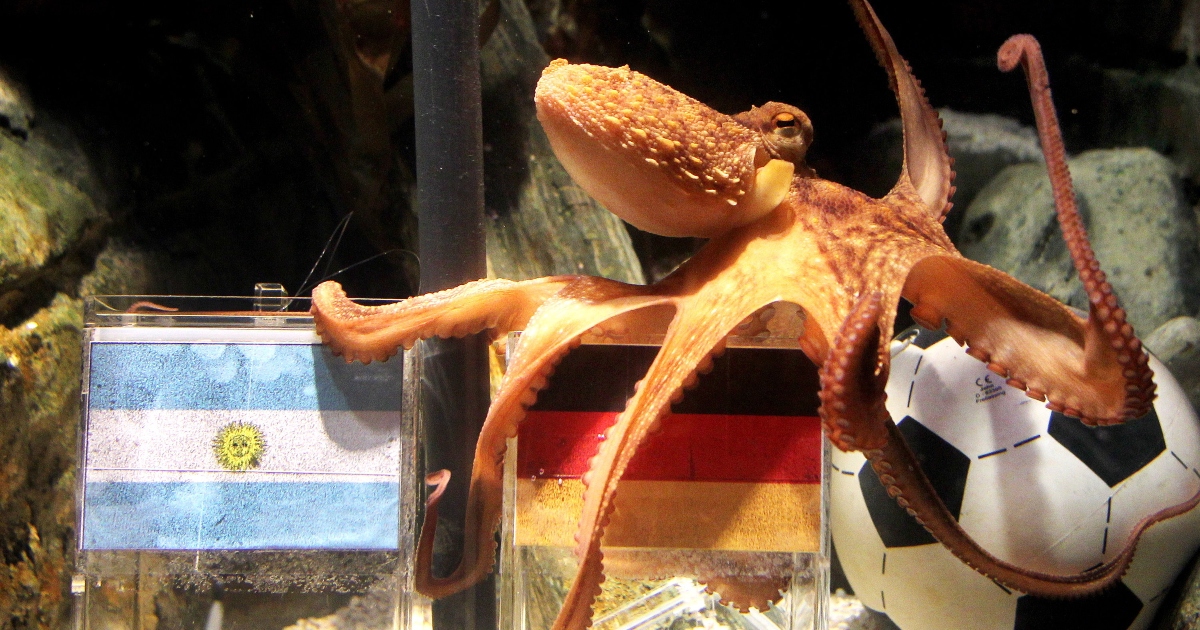 “We thought there was a 1% chance he’d say yes,” Paddy Power said of their coup. “But he did. We were totally surprised.”

The optimal conditions for England success

Hawking analysed 45 World Cup matches which England had played in since their win in 1966 to draw some conclusions regarding the recurring factors which affect the nation’s performance.

He used a technique called “General Logistic Regression Modelling” to assess the variables and work out the chance of an England victory.

“Statistically, England’s red kit is more successful,” he began, in a video made by the bookmakers to explain Hawking’s findings.

He also found that the Three Lions are 10% more likely to win with a 4-3-3 formation, rather than a 4-4-2, with England boasting a 58% winning record for the former.

Interesting move by Gareth Southgate with his cunning plan to sneak an extra player into the formation today. @theipaper #SCOENG pic.twitter.com/dX7ZYIROHq

“Psychologists in Germany found red makes teams feel more confident and can lead them to being perceived as more aggressive and dominant,” the former Lucasian professor of mathematics said.

“Likewise, 4-3-3 is more positive so the team benefits for similar psychological reasons.”

Hawking also added a comment regarding officiating, saying England should be hoping for a European referee.

“Being closer to home reduces the negative impact of cultural differences and jetlag,” the professor went on.

“We do better in temperate climates, at low altitudes and with kick-off as close to the normal three o’clock as possible.”

According to Hawking, a 5ºC rise reduces the chances of victory by 59%.

Formula for the perfect penalty

“Let’s start with the technique,” he says in the video. “Velocity is key, give it some welly.”

“However, velocity is nothing without placement. If only I’d whispered that in Chris Waddle’s ear before he sent the ball into orbit in 1990.”

“The statistics confirm the obvious. Place the ball in the top right or left corner for the best chance of success.”

Age, or surprisingly whether they were right or left-footed, also made a difference in the chance of a player’s success from the spot.

“But bald players and fair-haired players are more likely to score. The reason for this is unclear. This will remain one of science’s great mysteries,” Hawking said.

While having Hawking looking at a formula for England was undoubtedly brilliant, Surrey University professor Jim Al-Khalili was having absolutely none of it.

“This is utterly pointless of course,” he told The Guardian. “Penalty shots depended on natural ability, practice and psychology.”

“None of these factors can be captured in an equation, even a computer code of the size of the most sophisticated climate models would fail to capture these factors with any level of reliability.”

Pointless it may have been, but brilliant it still was. Rest in peace, professor.