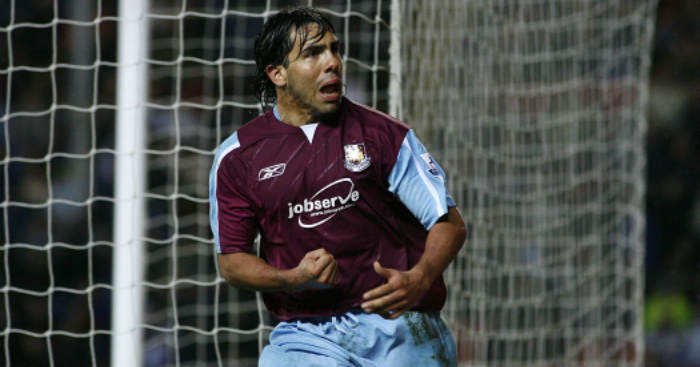 A number of clubs that appeared doomed have successfully mounted unbelievable great escapes from Premier League relegation over the years.

But the question is, what changed to inspire these seemingly-doomed teams to suddenly put together a run of form to save themselves?

We’ve looked back at the games which sparked six of the Premier League’s greatest escapes.

Geoff Horsfield headed the Baggies in front early on, but Jonatan Johansson equalised for the home side soon after as normal service resumed.

But then the game turned on its head when Charlton’s Talal El Karkouri’s two-footed tackle on Zoltan Gera left the referee with no choice but to send off the Morocco international.

Past the hour mark and with the score still 1-1, Bryan Robson brought on Robert Earnshaw to replace Kieran Richardson. The Welshman made an immediate impact with a bullet header from six yards, and he was soon performing his customary front flip celebration once again when put through on goal by Gera.

A hat-trick beckoned; when Richard Chaplow was brought down in the penalty area in the 89th minute, there was only one man who was to step up and take the spot kick to complete the rout.

The hat-trick also meant that Earnshaw became the only player to have scored trebles in all four professional divisions of the English football league pyramid, the FA Cup, the League Cup and in an international fixture.

It was West Brom’s solitary away win of the season. Following the match, Robson said: “As long as we keep playing the way we did in this match we have a chance.”

How right he turned out to be, with West Brom losing only two of their remaining eight matches. They were the first side to have been bottom of the table on Christmas Day and escape relegation.

Unfortunately for the Baggies, they couldn’t escape the trap door the following season.

Following a scrappy, goalless first half, it took until the hour mark for the game to burst into life with a superb 25-yard strike from Pedro Mendes.

Chances came and went for Portsmouth to double their lead, but then Joey Barton’s corner in the 83rd minute was nodded home by Richard Dunne following a scramble in the penalty area. Pompey’s brief hopes of survival had faded again.

But then, in the third minute of injury-time, a hopeful clearance from City fell to Mendes over 30 yards out from goal. With two touches to bring the ball down and away from the onrushing City players, he smashed the ball home past David James. Cue bedlam at Fratton Park.

Redknapp, who was in charge of relegated Southampton the previous season, said: “If we didn’t win today we were dead and buried. It has given the players a lift and the fans a lift. It’s going to be hard, but you can only keep going and what today’s result has done is keep us in there.”

Having won only four league games prior to Mendes’ wonder strike, Pompey went on a staggering run, losing only one of their following eight fixtures to keep them in the division.

March 17th, 2007. Alan Curbishley’s West Ham travelled to Ewood Park marooned at the bottom of the Premier League table looking for a first win since a 1-0 victory over Manchester United in December.

In a fiery encounter, West Ham trailed to a Christopher Samba header going into the final 20 minutes. But then, with their chances of survival in tatters, Carlos Tevez stepped up.

The Argentine fooled Brett Emerton into upending him following a clever piece of skill, and having won the penalty, the striker converted it himself, placing the spot-kick past Brad Friedel.

Then came the controversy. Following a scramble in the penalty area, Bobby Zamora prodded the ball towards the open goal, ricocheting off Tevez and away from the Blackburn goal. Unbelievably, referee Howard Webb awarded the goal, despite replays showing that not only was Tevez well offside but that the ball did not cross the line.

Shellshocked, Blackburn failed to recover and West Ham held out for a watershed victory.

West Ham then embarked on an astounding run of results, winning six of their remaining eight fixtures, including a final day victory against the champions Manchester United, to seal their place at the top table for another season.

April 26th, 2008. Manchester City hosted Roy Hodgson’s Fulham side, who had won only one away fixture all season.

2-0 down at half-time to goals from Stephen Ireland and Benjani, Fulham needed a miracle to avoid the drop. But with 20 minutes remaining, Diomansy Kamara provided a lifeline, drilling the ball through Joe Hart’s legs to halve the deficit.

Nine minutes later, Danny Murphy was fortunate to equalise for the Cottagers, converting the rebound having had his tame penalty saved.

But Fulham wanted all three points and were not content with a credible draw at Eastlands. Kamara completed the comeback with a ruthless strike into the top corner to send the travelling fans into ecstasy, and more importantly keep their survival hopes alive.

“At 0-2 I honestly thought we weren’t out of it,” Hodgson said. “I never lost hope, but to win it was extraordinary. We’ve given ourselves a chance now.”

The victory proved a catalyst for the Lillywhites, who then kept two sheets and gathered the maximum six points from their remaining two games to stay in the Premier League for another year.

The next season they finished seventh and qualified for the Europa League. Fine margins…

March 24th 2012. The Latics travelled down the M58 to Anfield in the midst of a fierce relegation dogfight.

Having never won at Anfield in their history, the odds were heavily stacked against Roberto Martinez’s side.

But following a cagey start to the match, Wigan found an improbable breakthrough when Martin Skrtel’s high challenge on Victor Moses offered the referee little choice but to award a penalty. Shaun Maloney duly dispatched from the spot.

However, Liverpool found an equaliser after half time through Luis Suarez. And it appeared Suarez had scored again, only for referee Lee Mason to correctly rule that the Uruguayan had used his hand and instead brandished a yellow card.

Then, shortly after the hour mark, a speculative James McCarthy drive deflected off Jamie Carragher to Gary Caldwell, who smashed the ball past Pepe Reina. Liverpool’s attempts to force an equaliser through long balls into Andy Carroll and the introduction of debutant Raheem Sterling failed to pay dividend and Wigan held out for a famous victory.

The Latics then embarked on a staggering run of form. In the final eight fixtures, they gathered 18 points, including victories against Manchester United and Arsenal.

Wigan finished the season in 15th, seven points clear of the relegation zone. Although Martinez’s side threatened to repeat the feat the following season, they fell at the final hurdle and were relegated to the Championship.

However, that season they also famously defeated Manchester City in the FA Cup Final and subsequently qualified for the Europa League.

April 4th 2015. Reminiscent of West Brom in 2004-05, Leicester had been marooned at the bottom of the Premier League table since late November and were seven points adrift of safety. The Foxes hosted Sam Allardyce’s West Ham knowing anything over than a win would leave them all but relegated.

Nigel Pearson’s side started brightly, capped by a stunning left-footed 20-yard strike from Esteban Cambiasso on 20 minutes. And in the ascendancy, Leicester were soon awarded a penalty following a mistimed challenge by Carl Jenkinson. But David Nugent’s spot-kick was saved by Hammers stopper Adrian.

Leicester were punished for their lack of ruthlessness. Following Jeffrey Schlup’s flick-on, Cheikhou Kouyate found himself with the space and time to control and finish at the far post.

The second half was a breathless affair with both teams missing glorious opportunities to take the lead. In a scintillating finish to the match, Andrej Kramaric’s shot was cleared off the line moments before fellow substitute Andy King scrambled in a winner to the relief of Pearson’s side.

Although still bottom and four points from safety, the victory proved a huge turning point, not just for the season but in the club’s history. In their final eight fixtures, they secured 19 points of a possible 24 and sat comfortably in 14th place.

The following season, they defied all the odds and romped to the Premier League title under Claudio Ranieri in one of the greatest triumphs in sporting history. Football, bloody hell.