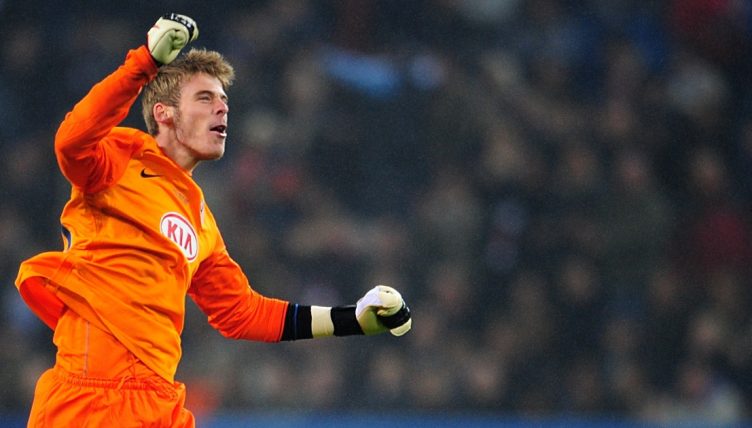 When Football Manager 2011 was released back in November 2010, Atletico Madrid were riding the crest of a wave after ushering in the new decade by winning the Europa League.

In spite of their status and track record of bringing through players, few back then would have predicted that the club would go on to win a La Liga title, two more Europa League titles, reach two Champions League finals and boast a healthy lead at the top of La Liga in 2021.

Still, Atleti were evidently on the rise a decade ago, with a crop of promising youngsters emerging to take the club forward. FM Scout earmarked five wonderkids from that edition of the game – here’s how the last 10 years turned out for them in real life.

The Madrid-born homegrown goalkeeper won the first honour of his career whilst he was still a teenager, standing between the sticks as Atletico brought an end to Fulham’s fairytale with a 2-1 win in the Europa League final in Hamburg.

So it was no wonder he was picked out as one of the most promising goalkeepers on the planet, not only by Football Manager but Manchester United’s scouts as they eyed a successor to Edwin van der Sar.

After some early teething problems at Old Trafford, De Gea stood out as United won the Premier League title in 2012-13 and might reasonably have expected he’d go on to win more silverware.

But amid a sudden decline after Sir Alex Ferguson’s retirement, only an FA Cup, League Cup and Europa League – of which he played a backseat role behind back-up keeper Sergio Romero – have followed that league title win.

His role as his club’s standout individual during tough times has seen him well remunerated as reportedly the Premier League’s highest-paid player, but he might have won more major honours if a faulty fax machine hadn’t scuppered a move to Real Madrid in 2015.

In Atleti’s youth system since he was 10 years old, highly-rated young centre-half Pulido was pushed to the fringes as the club stepped things up a gear following the appointment of Diego Simeone, with Miranda and Diego Godin the Argentinian’s first-choice defensive partnership.

After spending the latter half of the 2011-12 season on loan at Rayo Vallecano, he went on to play for Real Madrid B, Albacete and Belgian outfit Sint-Truiden before making a home at yo-yo club Huesca in 2017, starting regularly as they’ve flitted between La Liga and the Segunda Division for the past four seasons.

Like fellow centre-half Pulido, Francisco Javier Atienza Valverde – or simply Pichu – won the Under-17 European Championships with Spain but never quite made it beyond the youth set-up, or Atleti’s B team.

He’s since spent his career in the lower divisions of the Spanish pyramid, with stints at Sevilla B, Huesca, Hercules, Reus and Numancia. He’s currently turning out for fallen giants Real Zaragoza in the Segunda.

The striker only made one appearance for boyhood club Atletico but remained on their books for years, with five loans away between 2011 and 2016.

Baston was particularly prolific for Zaragoza in 2014-15, scoring 22 goals in the Segunda, and for Eibar in 2015-16, notching 18 La Liga goals for the relative minnows.

Such exploits earned a £15million move to Swansea City in 2016, but he scored just one goal in 18 Premier League appearances before returning to Spain with unsuccessful loans to Malaga and Alaves.

He briefly returned to Swansea while they were languishing in the Championship, scoring five goals in the first five games of the 2019-20 campaign. But only one more goal followed, and he went on to sign for Aston Villa the following January on a free transfer.

After two substitute appearances totalling 16 minutes for Villa, Baston was released after his short half-season stint and is now turning out for Leganes in the Segunda Division once again.

After returning from a loan to Benfica, Argentinian winger Salvio scored eight goals in 48 appearances as a prominent figure in the 2011-12 campaign, appearing off the bench in the final minutes of the Europa League final as Atleti saw out a 3-0 win over Marcelo Bielsa’s Athletic Bilbao.

But he fell out of favour under his compatriot Simeone and was allowed to rejoin Benfica on a permanent deal in the summer of 2012. He went on to make over 200 appearances for the Eagles, winning five Portuguese titles, while reaching a further two Europa League finals.

With intermittent Argentina call-ups over the past decade, Salvio returned to his home country in 2019 to sign for Boca Juniors.