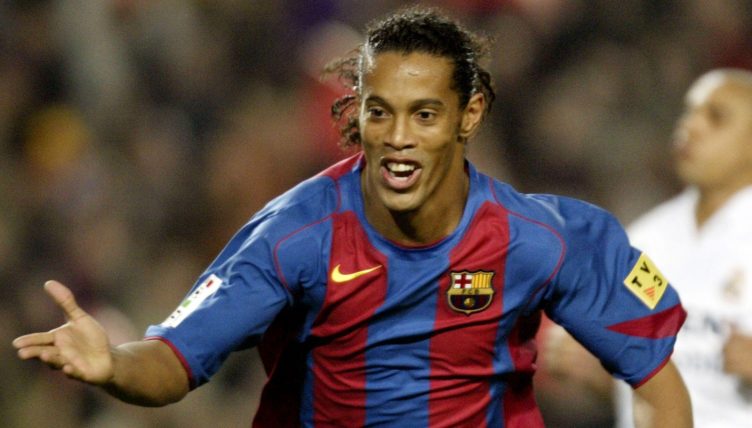 Lionel Messi may have left Barcelona to spend the 2021-22 season winning Ligue 1 with PSG, but he remains Barca’s defining player of the modern era – to the point where it’s difficult to remember a time before the enormous impact he had on the club.

But such a time did exist, coming to an end when Messi made his first appearance in the Blaugrana shirt on October 16 2004.

Barcelona’s last game before the Messi era officially began was a 1-0 win over CD Numancia a couple of weeks prior to that debut and we’ve taken a look at that Xl.

After coming through the Barcelona academy, Valdes managed to cement his position as the club’s first-choice goalkeeper before Messi’s debut.

He made 43 appearances in all competitions in 2004-05 and won his first Zamora Trophy, awarded to the goalkeeper with the lowest goals-to-games ratio in La Liga.

Belletti joined Barcelona from Villarreal in 2004 and was immediately impressed by a young Lionel Messi during a training session.

“When Messi came out of the B team, Frank Rijkaard put him in with us in an 11 against 11 on a small pitch,” Belletti told ESPN in April 2020.

“He was on the substitute team and I was with the starters. Iniesta caught my attention and asked me if I knew him. I said no and he warned me: ‘Be careful, eh.’

“When he first got on the ball, I thought: ‘Damn! This kid is cheeky.’ Then, when I was preparing to approach him and take the ball off him, he’d already gone past me and scored a goal. He ran right through me.”

The right-back famously scored the winning goal in the 2006 Champions League final but was sold to Chelsea 12 months later.

Marquez had signed for Barcelona in the previous season and the defender soon became aware of the hype around Messi.

“We were already hearing about Leo in the dressing room,” Marquez told Fox Sports in 2019.

“[We heard that] he was smashing it at Barcelona B and that he was the new [Diego] Maradona. It was spectacular to see him grow from so close.”

The Mexico international played alongside Messi for six seasons before he was released from his contract in 2010.

Puyol was named club captain ahead of the 2004-05 season and made 45 appearances in all competitions, leading Barcelona to the La Liga title.

The Spain international remained an ever-present at the heart of their defence until his retirement in 2014.

Van Bronckhorst was a fixture at left-back during his four years at Barcelona and would regularly come up against Messi in training.

“He was a young player coming into the Barcelona team and I thought to myself, ‘I’ve never seen this’. It was so special to see such a talent at such a young age,” Van Bronckhorst told Sky Sports’ Fantasy Football Club in 2017.

“When he came into the first team, he would make fun of everyone with his football. He could do anything. One of the best players that has ever played the game.”

He’s now the manager of Rangers and guided his side to last season’s Europa League final.

By October 2004, Xavi had long since established himself as a key man for Barcelona and had recently made his 250th appearance for the club.

He would go on to establish himself one of the best midfielders of his generation, winning four Champions League titles alongside Messi before joining Al Sadd in 2015.

He’s now back at Camp Nou as manager and probably wishes he had Messi to call on. 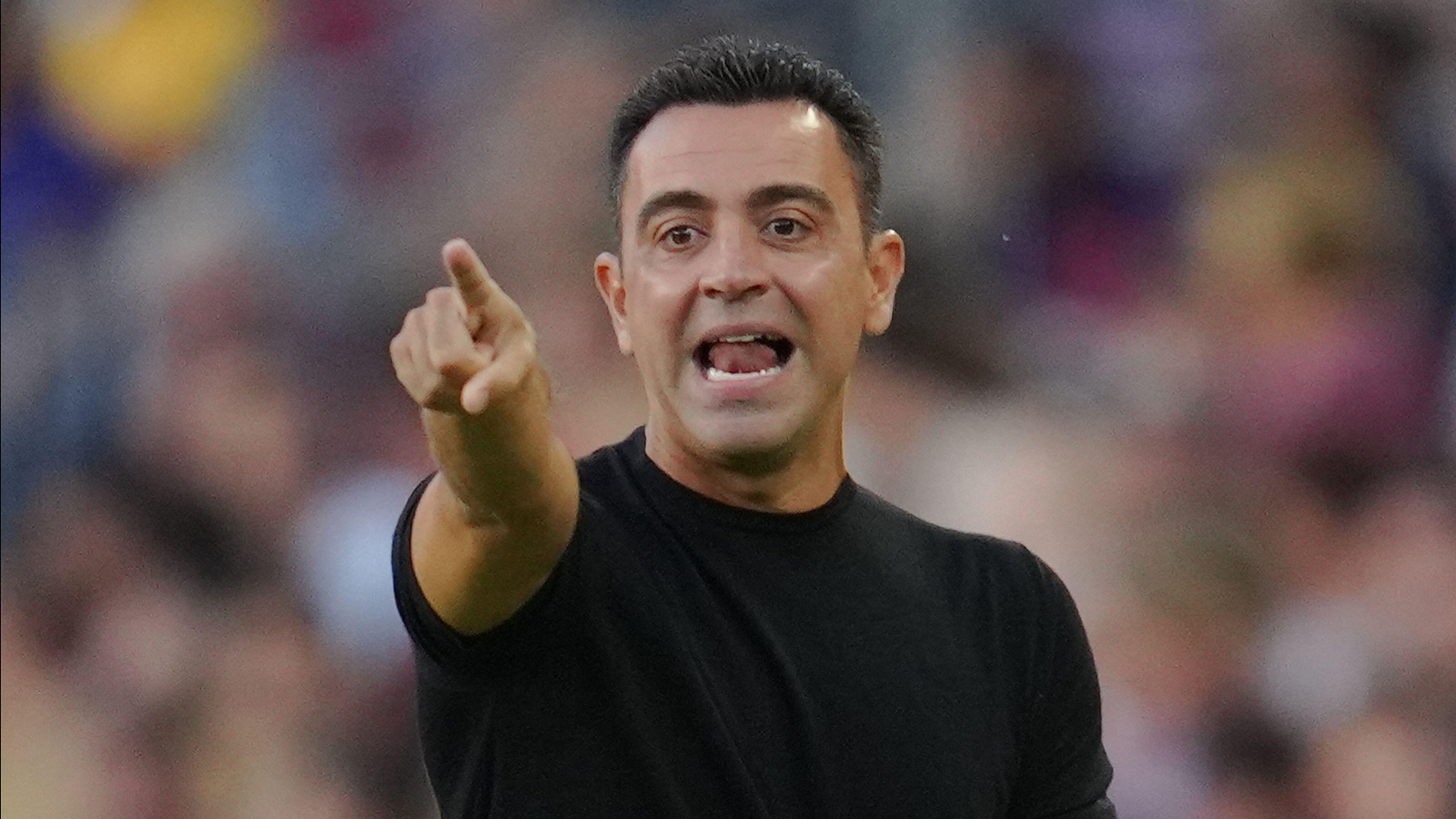 Deco was making just his eighth appearance for Barcelona having joined the club from Porto a few weeks earlier.

The Portugal international became a mainstay in their midfield over the next four years, winning two La Liga titles and the Champions League along the way.

Ronaldinho was widely regarded as the best player in the world in 2004-05 and decided to take Messi under his wing, even setting up his first goal for the Catalan giants.

But Pep Guardiola allegedly believed that his off-pitch behaviour made him a bad influence and offloaded him to AC Milan in 2008.

Messi then took Ronaldinho’s No.10 shirt and the rest, as they say, is history.

Barcelona’s most expensive signing of the 2004 transfer window, Eto’o hit the ground running with 29 goals in 45 appearances in his debut season.

He formed part of a deadly attacking trio alongside Messi and Thierry Henry in 2008-09 but was then used as part of a swap deal to sign Zlatan Ibrahimovic.

Edmilson was injured after only five minutes on the pitch against Numancia and was sidelined for the majority of the 2004-05 season.

After coming through the club’s famous youth ranks, Oleguer made 36 La Liga appearances in 2004-05 and was renowned for his pro-Catalan-independence beliefs.

Giuly was 28 years old at the time and began to feature less and less following Messi’s emergence into the first team.

“Messi was only 16, but he destroyed us all in a training session,” Giuly told Sport in 2016. “They were kicking him all over the place to avoid being ridiculed by this kid, but he didn’t say anything. He just got up and kept on playing.

“Every play he made was dangerous. It was incredible. He would dribble past four players and score a goal.

“Even the team’s starting centre-backs were nervous. They would go in hard on him, but he took it in. He was an alien. He killed us all.”

The 2004-05 season was Iniesta’s first as a first-team regular and the midfielder kept his place in the side for the next 10 years.

Larsson scored the winning goal against CD Numancia but was plagued by injury problems in 2004-05, making just 12 La Liga appearances in his debut season.

In his last appearance for the Spanish side, he set up both of their goals in the 2006 Champions League final before returning to Helsingborg in Sweden.

READ MORE: Where are they now? Barcelona’s 10 youngest goalscorers since 1990