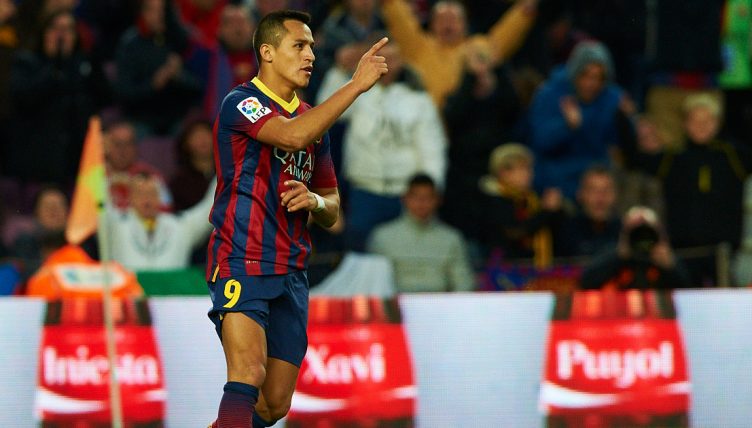 Back in 2011, Barcelona were managed by Pep Guardiola and had arguably one of the strongest squads in the history of football.

Guardiola’s side won La Liga and the Champions League in 2010-11 before adding the UEFA Super Cup and FIFA Club World Cup at the start of the following season.

The squad was mainly comprised of La Masia products, with Andres Iniesta, Xavi and Lionel Messi at the forefront, but there was still room for some big names to join the fun.

Barcelona made three first-team signings during that year and we’ve taken a look at them 10 years later.

A four-time Eredivisie title winner with PSV, Afellay followed in the footsteps of some legendary Dutchmen by joining Barcelona in January 2011.

During his first season at the club, he made 28 appearances and memorably set up Lionel Messi’s opener away to Real Madrid in the semi-finals of the Champions League.

But he suffered an anterior cruciate ligament injury in September 2011 and it reduced him to just seven more appearances for the club.

The midfielder needed a fresh start and traded the sunny Spanish coast for a wet and windy Stoke in 2015, only to suffer with more serious knee issues.

He returned to PSV for a second spell in 2019 but made just three league appearances before announcing his retirement at the age of 34 in January 2021.

“I quit,” he said. “The moment has come early, you know that, but I’ve had it in my head for a while. I knew what I wanted and especially what I didn’t want.

“In the end, I made the decision and I am at peace with it. Some things have passed by. I wanted to continue for another year, but not at all costs. It’s beautiful.”

People always forget it because of the goal Messi scored minutes later, but will always remember Afellay for this assist on Messi's first.

The first goal in a CL knockout round game is so important and Barca had Afellay to thank for it. Shame injuries totally ruined his career. https://t.co/thFd1V6UvG pic.twitter.com/JSbwtdCsaB

A La Masia academy graduate, Fabregas spent eight years at Arsenal before finally making his long-anticipated return to Barcelona in the summer of 2011.

Despite being an exceptional player and showing glimpses of his quality, he failed to break up the iconic midfield trio of Sergio Busquets, Xavi and Andres Iniesta.

After being linked with a move to Manchester United in 2013, he spent one more year at Camp Nou before moving back to London with Chelsea.

During his four-and-a-half years at Stamford Bridge, the Spain international won two Premier League titles, an FA Cup and the League Cup, forming a deadly alliance with Diego Costa under Jose Mourinho.

Fabregas later fell out of favour under Maurizio Sarri, and departed to join a Monaco team managed by Thierry Henry in January 2019, where he remains to this day.

The Chilean forward had turned heads in the footballing world, winning back-to-back titles at Colo-Colo and River Plate as a teenager on loan from Udinese, which meant that Barcelona paid over £35million for his services in 2011.

Although Sanchez did do fairly well at the Camp Nou, scoring 47 goals in three seasons, the arrivals of Neymar and Luis Suarez meant he was unlikely to receive regular game time, and subsequently moved to Arsenal in 2014.

It was in north London where he hit the heights. Quickly becoming a fan favourite, Sanchez played across the front line and was the club’s player of the season as they retained the FA Cup in his first season.

Scoring 80 goals in 166 games, Sanchez won two FA Cups, but left the club after a drawn-out contract saga, moving to Manchester United in a swap deal for Henrikh Mkhitaryan.

His time at Old Trafford was nothing short of a disaster. Sanchez reportedly wanted to leave after his very first day at the club, and scored just five goals in 45 games before joining Inter Milan, where he currently plays a rotational role.

He may not be remembered as a Barcelona great, but he will always have his iconic winner in El Clasico.

Alexis Sanchez with the beautiful chip goal vs Real Madrid. His Barcelona days seem like so long ago pic.twitter.com/WmWUZ8nxDp

Where are they now? Barcelona’s 15 wonderkids from Football Manager 2012