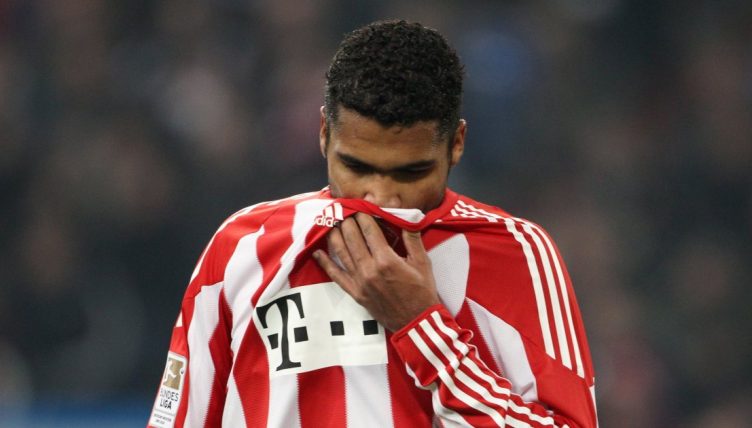 Bayern Munich may have been reigning Bundesliga champions at the time of Football Manager 2011’s release, but the German giants’ title defence was already unravelling.

Just six wins in their opening 15 Bundesliga fixtures paved the way for Borussia Dortmund to start two years of glory and ultimately cost Louis van Gaal his job as manager. The future remained bright, however, with a number of exciting young players on Bayern’s books.

We’ve looked back at Bayern’s six ‘wonderkids’ FMScout picked out from the 2011 edition of the game. They can feel pretty smug about half of those choices, less so the other half.

Bayern believed they had pulled off a coup in signing Breno for €12.3million from Sao Paulo in December 2007, but the transfer quickly unravelled into a sad story.

A highly-rated young defender upon his arrival, Breno failed to settle in Germany after his parents were denied a visa and he struggled for game-time at Bayern. A promising loan move to Nurmeburg offered the Brazilian the chance to enjoy more first-team football, only for him to suffer a serious knee injury.

With his mental health deteriorating and news of needing a third knee operation leaving Breno fearing “everything was over”, he consumed a cocktail of beer, port, whisky and sleeping pills and burned his house to the ground after his wife had fled with her children.

“Satan had taken hold of his body. He was no longer himself,” his wife, Renata, later said. A policeman noted in his statement: “Mr Borges was covered from head to toe in soot, had three lighters in his pocket and asked if he could go back to Brazil now that the house had burned down.”

In April 2012, he was sentenced to three years and nine months in jail. Sao Paulo offered Breno a contract while he was still incarcerated, and he returned to his former club in 2015.

He played just seven times in three years back at Sao Paulo before joining Vasco da Gama. Now 31, he is without a club after leaving Vasco at the start of 2021.

Contento had made his Bayern debut in the season prior to FM2011’s release and there were high hopes for the left-back, who spent 13 years in the club’s academy.

But his first-team opportunities were always going to be limited once captain Philipp Lahm switched back to the left side of defence upon the signing of Rafinha. By the time Lahm moved into midfield, the rise of David Alaba thwarted Contento’s prospects.

His honours’ list includes three league and cup Doubles as well as the Champions League, UEFA Super Cup and Club World Cup, albeit he never made 20+ appearances in a single campaign for the club.

After leaving Bayern in 2014, Contento spent four years at Bordeaux and two seasons at Fortuna Dusseldorf, where he made just one solitary appearance due to a serious knee injury.

We’re not saying Football Manager got this one wrong, but Ekici never made a competitive appearance for Bayern.

The midfielder, who has won 12 caps for Turkey, spent three years at each of Werder Bremen, Trabzonspor and Fenerbahce, but the 30-year-old has been without a club since leaving the latter in the summer of 2020.

After this list started with three prospects who failed to live up to the billing, Alaba kicks off a run of three players who absolutely did.

The footballing equivalent to a Swiss army knife has appeared on the wing, in central midfield and at centre-back for Bayern, but his finest work has been reserved for left-back, where his emergence killed off Diego Contento’s hopes of a storied career at the club.

Having made over 400 appearances and won 24 trophies with Bayern, the 28-year-old is expected to leave the club this summer upon the expiry of his contract. Manchester City, Liverpool, Barcelona and Chelsea have all been linked, but Real Madrid are reportedly favourites for his signature.

We’re fairly certain Alaba will leave Bavaria having added to that number of trophies.

Kroos had already played 29 times across three seasons for Bayern by the time the 2010-11 campaign rolled around – as well as spending an exciting 18-month loan at Bayer Leverkusen – and he lived up to his wonderkid status by cementing his place in the team with 37 appearances in all competitions that term.

But the midfielder spent only three more seasons at Bayern afterwards before joining Real Madrid in what now looks like a steal between €24million and €30million. We don’t need to tell you it’s gone pretty well in the Spanish capital for him.

If Football Manager were wide of the mark with Ekici, they hit the bullseye with Kroos.

A great big weirdo. A f*cking good footballer. What’s not to love?