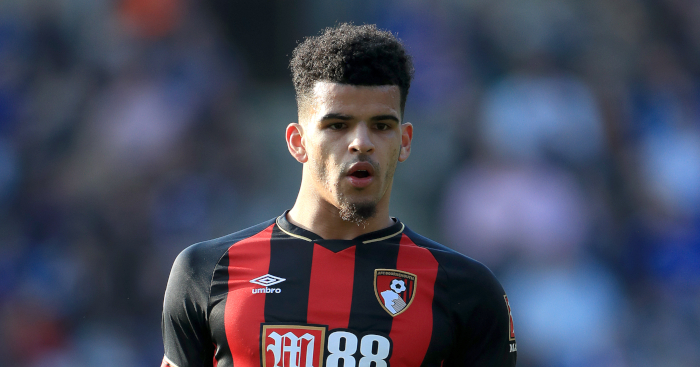 In 2015, Gazzetta Dello Sport published a list of the 50 best players in world football aged under 20, and it must be said they did pretty well.

Obviously, there were a couple of stinkers, and we’ve revisited that list to see which players have lived up to the billing.

50. Jean-Kevin Augustin: The French striker went from featuring regularly in Europe for RB Leipzig to being among Leeds United’s least successful loanees of the 16-year stint in the EFL. Ouch.

49. Laszlo Benes: Played in Slovakia at the time the list was published before earning a move to Borussia Monchengladbach. He made 26 appearances for the German club last season but failed to stand out and has since been loaned to FA Augsburg.

48. Dani Ceballos: The midfielder was brilliant at boyhood club Real Betis to earn a move Real Madrid in 2017, but there’s a sense things have stalled a little since. Into a second season-long loan to Arsenal, the jury’s still out.

47. Lee Seung-woo: One appearance for Barcelona B was all Seung-woo had to show for his career at the Nou Camp, and the South Korea international can now be found at Portimonense, on loan from Sint-Truiden.

46. Leon Bailey: Never quite as explosive this season as in his breakthrough 2017-18 campaign, but the Bayer Leverkusen flyer – then of Genk – can be justified in his inclusion in this list.

44. Renato Sanches: A revelation with Benfica, relegated with Swansea City, a reject at Bayern Munich. Still only 23, there are hints of him realising that early potential with Ligue 1 title challengers Lille.

43. Jeisson Vargas: Back in his home country of Chile with Universidad Catolica after failing to make a transfer to Bologna work, via a stint with Montreal Impact.

42. Amadou Diawara: The Guinea international is struggling to get regular starts at Roma, following stints with Bologna and Napoli.

41. Olivier Ntcham: Former Man City academy product Ntcham has impressed in recent seasons at Celtic, but evidently not enough for Andre Villas-Boas, who quit as Marseille manager shortly after the midfielder joined – reportedly what tipped him over the edge.

40. Brendan Galloway: The former Everton defender has made a total of three Championship appearances for Luton since joining the club in 2019.

39. Ousmane Dembele: A year after this was published, Rennes sold Dembele to Borussia Dortmund for €15million. A year after that, Barcelona signed the winger in a deal worth up to €147million. Injuries are unfortunately the biggest factor, but in hindsight it wasn’t the wisest way to reinvest the world record €222m received for Neymar.

38. Giovani Lo Celso: Since he was included on this list Lo Celso has moved from Rosario Central to PSG to Real Betis and now to Tottenham. Like Ceballos at Arsenal, it feels like we’re still waiting for a really consistent run of form.

37. Andreas Christensen: The Dane has had his ups and downs over the years at Chelsea, but the appointment of Thomas Tuchel has seen him welcomed back into the fold.

36. Kelechi Iheanacho: Missed out on a Premier League title with Manchester City by joining Leicester, but has proved a solid squad option for Brendan Rodgers at the King Power, as back-up for Jamie Vardy.

34. Alban Lafont: The France Under-21 international goalkeeper has made close to 150 appearances in major European leagues, now into a second season on loan at Nantes from Fiorentina.

33. Marco Asensio: After returning to Real Madrid from a loan spell with Espanyol, there was a spell in which everything Asensio touched seemed to turn to gold, but the attacker has struggled to reach the heights expected after an ACL injury left him injured for most of the 2019-20 season.

32. Milot Rashica: A Vitesse player who wasn’t on loan from Chelsea, Rashica joined Werder Bremen in January 2018. The Kosovo international has been a regular in the Bundesliga ever since.

31. Antonio Sanabria: Sometimes gets called Tonny Sanabria, so is definitely a gangster. He moved to Torino in January, after spending last season on loan at Genoa from Real Betis.

30. Gedion Zelalem: The only player on this list who was appearing in the Scottish Championship at the time, the former Arsenal midfielder, who was on loan at Rangers, is now in MLS with New York City FC.

29. Borja Mayoral: Still technically a Real Madrid player, albeit having spent the season on loan at Roma.

28. Abdou Diallo: The former France Under-21 defender is now a solid squad player at PSG, having moved to the French capital in 2019 after catching the eye with a season at Borussia Dortmund. We’ll give them this one.

27. Goncalo Guedes: PSG won the race to sign Guedes in a €30million deal from Benfica, but the midfielder lasted only six months in Paris before being shipped off to Valencia. There was a period where he looked one of the most exciting youngsters in La Liga, but he’s failed to really kick on since then.