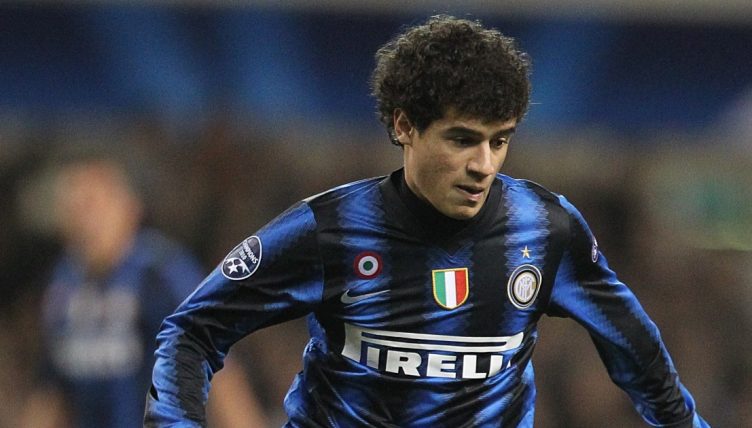 When Football Manager 2011 was released back in November 2010, Inter Milan were still celebrating their incredible treble-winning season.

Rafa Benitez had replaced Jose Mourinho at the San Siro, inheriting a squad full of experienced winners and some promising young players.

FM Scout picked out four Inter Milan ‘wonderkids’ from that edition of the game. Here’s how things turned out for them in real life…

Once tipped as the “heir to Maldini” by Marcello Lippi, Santon was plagued by injury problems and failed to live up to such potential.

After a brief loan spell at Cesena, the full-back spent three and a half years at Newcastle United before returning to Inter in January 2015.

The Italian never established himself as a first-team regular during his second stint at the San Siro and joined fellow Serie A side Roma in 2018 as part of the deal which saw Radja Nainggolan move in the opposite direction.

Having spent two seasons back on loan at Vasco da Gama, Coutinho moved to the San Siro in 2010 and was described as the “future of Inter” by Massimo Moratti.

But he struggled to adapt to Italian football, making just 28 Serie A appearances before joining Liverpool in an £8.5million deal in January 2013.

“Everything I went through there helped shape me,” Coutinho told CNN in 2015. “Things were not going my way but this was a very, very important period for me.

“It was the hardest point of my career because it was the first time I had been away from home and I had to start proving myself from scratch.

The Brazil international then developed into one of the best midfielders in the world during his five years at Anfield and was sold to Barcelona for a staggering £142million.

While he has failed to live up to expectations at the Camp Nou, he did win the treble on loan at Bayern Munich in 2019-20.

We're taking you back to where it all began with some of his best bits at @Inter_en! ⚫️🔵 pic.twitter.com/pEuzYFecT7

Despite impressing in the youth teams, Crisetig’s Inter career amounted to just one minute in a cameo appearance against CSKA Moscow in 2011.

The midfielder was sold to Parma in a co-ownership deal in January 2012 and had spells on loan at Spezia, Crotone, Cagliari and Bologna.

He then joined the latter on a permanent deal in 2016 but failed to establish himself in the side and was eventually released in 2019.

After making nine appearances for Spanish outfit CD Mirandes, the 28-year-old returned to Italy with Reggina in 2020.

A former Football Manager prodigy, Destro never made a first-team appearance for Inter and joined Genoa in 2010 in a co-ownership deal.

After a successful loan spell at Siena, he moved to Roma in 2012 but was plagued by injury problems and even had a brief loan spell at AC Milan.

The striker then spent five years at Bologna before returning to Genoa on a free transfer in 2020 and has since rediscovered his best form.