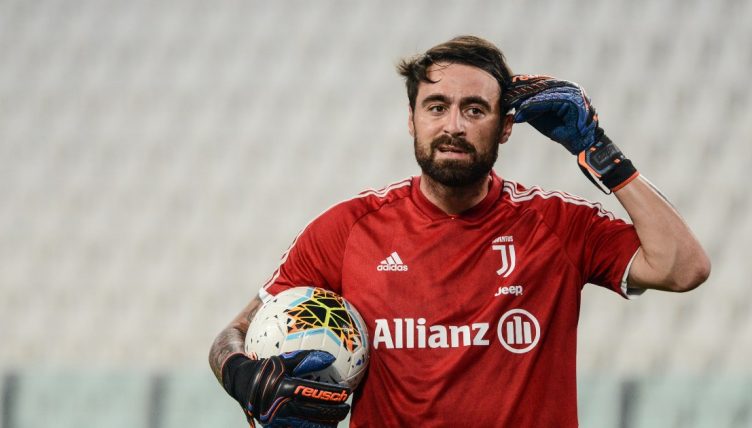 When Football Manager 2011 was released back in November 2010, Juventus were yet to embark on their era of Serie A domination.

They had finished seventh in the 2009-10 season as Internazionale won the league and went on to finish in the same place again as AC Milan secured the Scudetto in 2010-11. Still, it was a club back on the rise under new chairman Andrea Agnelli.

And for those who fancied their virtual chances of taking the Old Lady back to the top of Italian football on Football Manager, there was some fine young players to work with. FMScout.com picked out four wonderkids then playing for Juve – here’s how they got on in the real world a decade on.

The Romanian goalkeeper, then just 16, had agreed to join Juve in the summer of 2010 from hometown club Ramincu Valcea, for whom he had already made his professional debut in the country’s second tier.

Remarkably, he only left Juve for good in January of 2021, having made a grand total of zero first-team appearances.

He went on loan to eight different clubs during his decade under contract at the Turin club, the last of which was Kilmarnock, where he played 26 games in the Scottish Premiership.

Despite not having had any chances in Turin, when he joined Killie he told the BBC that he had “learned a lot” from watching Gianluigi Buffon up close: “First of all [you learn] how to be 100% every day in training… He is the motivation for everybody. To play until his age, it’s mentality. You have the experience and if you are strong in the head you can fix everything.”

Being picked out as a wonderkid on FM had clearly had an impact on him too. In a Daily Record interview, he revealed: “Most of my time that’s spare I play Football Manager. I manage Kilmarnock.

“I have actually just started a new season – not that I am any better at it. In the game, the club said to me I need to get into the top three. I am not far off of that, so I must reach that reality soon, it’s fun.”

Now – in the real world and, one imagines, on FM – he’s back in his native Romania with Politehnica Iasi, who are currently battling against relegation from Liga I.

At 26, he’s still got a fair few years in the game ahead of him.

Of the four wonderkids picked out, two were goalkeepers and the second of them was Italian Pinsoglio.

Again, he’s spent much of his career signed to Juve but out on loan. Spells at Viareggio and Pescara were followed by an ostensibly permanent player-plus-cash deal with Vicenza for Fausto Rossi.

He spent two years as a Vincenza player, one out on loan at Modena, before moving back to Juventus for €700,000 and immediately being loaned out to… Modena.

For the last four seasons, he has been Juve’s third choice ‘keeper and has managed one Serie A appearance every year.

In December 2020, he managed to get sent off in the derby match against Torino without ever coming on, seeing red for abusing the referee as his team celebrated Leonardo Bonucci’s late winner.

I love the relationship Ronaldo has with third choice goalkeeper, Carlo Pinsoglio. Cristiano always goes to celebrate his goals with him 😂 pic.twitter.com/V7QLL1GuB9

If you’ve had a youth career that’s seen you play in the academies of Real Madrid, Barcelona and Juventus, your place on a list of wonderkids is pretty much guaranteed, and that’s the way it worked out for Iago Falque in 2010.

Having initially moved to Juve in 2008, he spent the 2010-11 campaign on loan back in his native Spain with Villarreal B. The following season he joined Tottenham on a temporary deal and in January 2011, they saw fit to pay Juve €1million to bring him in permanently.

It wasn’t a great decision. He only ever made five senior appearances for Spurs and spent time out at Southampton, Almeria and Rayo Vallecano.

In 2018, when at Torino, he said: “Maybe the move to Tottenham, it was not a wise decision on my part. It was the only step back in made in my career.

“In the end, bad experiences also help you to grow, to mature. It was the momentum in my career that made me sign and the competition was very hard.

“Now my priorities are more about the sport rather than the financial side. Money comes later – after games, goals and good performances.”

He eventually escaped north London for Genoa and after a season at Roma and a few pretty fruitful years at Torino, he is now playing for Benevento, for whom he has scored once in seven games this season. Never a superstar, but a solid career.

Local lad Marrone spent his whole youth career at Juve and back in 2010 was looked at as a potential long-term solution for their midfield. It hasn’t worked out that way, Marrone’s career instead following a similar trajectory to Pinsoglio’s.

A few sub appearances for Juve in 2010 were followed by a loan spell at Siena and a year co-owned by Sassuolo and Juve, playing for the former.

A return to Juve saw him farmed out for five more loan spells in five years, before he was sold to Verona, who loaned him straight out to Crotone. He remains at Crotone and has played 15 times in 2020-21 but has not been able to help them off the bottom of Serie A.