Where are they now? Liverpool’s 6 Football Manager 2012 wonderkids 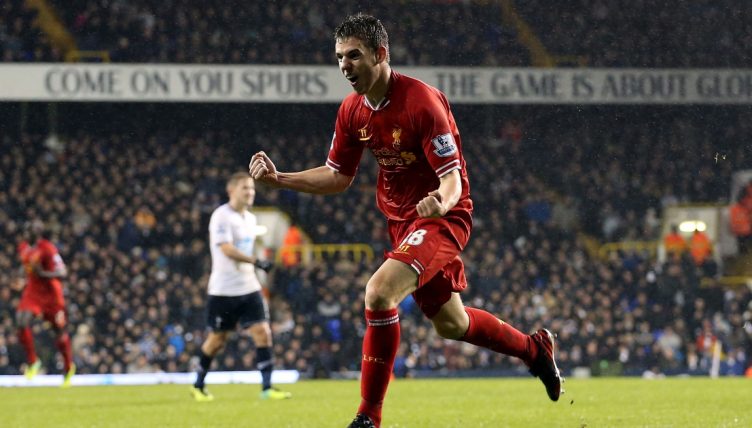 When Football Manager 2012 was released back in October 2011, Liverpool were nothing like how they are under Jurgen Klopp.

The Reds finished eighth in the Premier League in 2011-12, but there was hope for the future as they had some exciting young talents on their books.

FM Scout picked out the six Liverpool talents with the elusive Football Manager ‘wonderkid’ label. Here’s how things have transpired for all of them, 10 years on.

After beating Neymar to the Best Young Player award at the 2011 Copa America, Coates arrived at Liverpool with a burgeoning reputation.

But he failed to establish himself in the team and made just 24 appearances for the Reds before being shipped off to Sunderland in 2015.

The centre-back later moved to Sporting Lisbon and famously conceded three penalties in one game in 2019 before being sent off in the same match. But he has since turned things around at the Estadio Jose Alvalade and replaced Bruno Fernandes as club captain in January 2020.

Coates helped Sporting end their near two-decade wait for a league title in 2020-21 and also won the Primeira Liga Player of the Year award. This season he’s captained them in the Champions League.

For some reason I thought of this Sebastian Coates banger against QPR 🚀 pic.twitter.com/k1laqIKg5z

He joined Roy Hodgson’s Liverpool in a £2million deal but failed to make the grade at Anfield, making just nine appearances in all competitions.

The centre-back was loaned out to Blackpool, Bristol City and Hearts before joining the latter on a permanent deal in the summer of 2013.

“I don’t regret it [joining Liverpool],” Wilson said in 2013. “I made the decision and I stand by it. I’ve been playing against better players in training, guys like Luis Suarez, and you can only learn from that. I just want to put that into practice in games now.”

After leading Hearts back to the top flight in 2014-15, he returned to Rangers and won his second consecutive Scottish Championship title.

Despite wanting to remain at Ibrox, the 30-year-old was sold in January 2018 and now turns out for Major League Soccer side Colorado Rapids.

After making his debut in a victory over Manchester City towards the end of the 2010-11 season, Flanagan grew into an important part of the Liverpool squad and was dubbed the ‘Scouse Cafu’ by fans.

But injuries prevented him from building on a breakthrough 2013-14 campaign, and he made just nine appearances under Jurgen Klopp before joining Rangers in 2018.

Despite playing under former team-mate Steven Gerrard, the right-back had to settle for a bit-part role during his two years in Scotland. He then joined Belgian side Charleroi on a free transfer in 2020 but failed to make a single appearance for the club.

Flanagan has since linked up with another former Liverpool team-mate in Daniel Agger, who is now manager of Danish side HB Koge. He’s only made a couple of appearances, however, with a bruised foot injury keeping out of action since January.

What a game this was! 🔥 pic.twitter.com/O2mYT31RBP

Robinson was just 16 when Rafa Benitez handed him a first-team debut, coming off the bench in a goalless draw with Hull in May 2010 to become the club’s youngest ever player at the time.

The defender made just 10 more appearances for the Reds and was eventually sold to Queens Park Rangers in 2014.

After four years at Loftus Road, he rejected a new contract and Nottingham Forest on a free transfer ahead of the 2018-19 campaign.

The 28-year-old then returned to the Premier League with Sheffield United in January 2020 but made just 17 appearances in the top-flight before their relegation to the Championship in 2021.

Shelvey came through the ranks at Charlton Athletic and was regarded as one of the most exciting prospects in the country when Liverpool won the race for his signature in 2010.

The midfielder showed signs of his potential but failed to establish himself as a first-team regular during his three years at Anfield, scoring seven goals in 69 appearances.

After a brief spell at Swansea City, he has spent the last six years at Newcastle United and has enjoyed a decent spell of form since the Magpies’ Saudi-backed takeover went through earlier this season.

“I’ve got 18 months left on my contract, so it comes down to me to show the people in charge what I’m about,” Shelvey told the Daily Mail last year. “I have to look after number one, it’s my career.

“So it is nerve-racking, but I’m a positive person and I’ll try to grasp the opportunity with both hands. There is excitement and nerves, I suppose.”

Sterling made his first-team debut in March 2012 and later formed part of a deadly attacking trio alongside Luis Suarez and Daniel Sturridge in 2013-14.

Despite Liverpool’s best attempts to keep him, the winger left in acrimonious circumstances and joined Manchester City in a £49million deal in 2015.

He has repaid every penny of that investment, helping the Blues win three Premier League titles, four League Cups and an FA Cup – while helping Pep Guardiola’s side prove Liverpool’s major obstacle to a quadruple in 2021-22.

The England international was also one of the standout performers at Euro 2020 and has been linked to European glamour clubs like Real Madrid and Barcelona. Like Mohamed Salah and Sadio Mane at Anfield, his current deal with City expires at the end of next season.