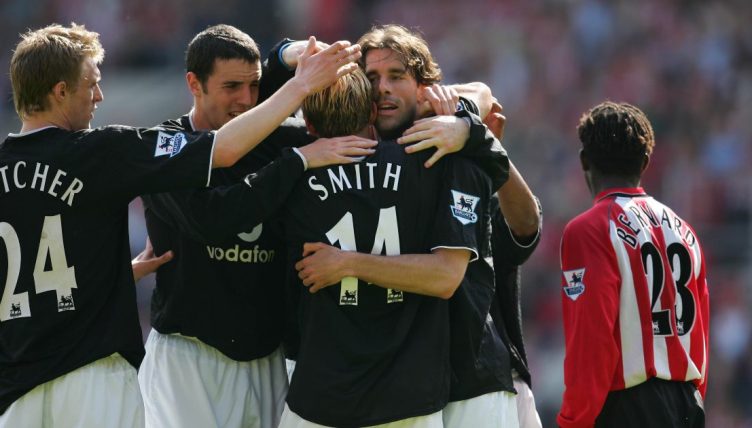 The Glazer family are looking to sell Manchester United, sparking wild celebrations from United supporters, but what became of the first XI of the Glazer era? We’ve taken a trip down memory lane to find out…

Despite protests from Manchester United fans, the Glazer family completed their controversial takeover of the club in May 2005.

The Glazers borrowed vast sums of money and plunged United into debt, making them public enemy No.1 with the Old Trafford faithful. Given their role in the proposed European Super League and alleged culpability with the club’s on-pitch failings in recent seasons, they’re no more popular today.

United’s first game under the Glazers was a 2-1 win over Southampton. We’ve taken a look at that Xl.

Despite being a regular throughout the 2004-05 campaign, this proved to be Carroll’s 49th and final Premier League appearance for United.

In 2021, the veteran came out of retirement to play for NIFL Premiership side Dungannon Swifts in his native Northern Ireland. He made 20 appearance for the club.

Brown came through the academy at United and was a loyal servant to the club, making 362 appearances in all competitions across 14 seasons.

The defender left Old Trafford in 2011 and had a five-year stint at Sunderland before seeing out his playing career at Indian Super League club Kerala Blasters.

Having received an eight-month ban for missing a drugs test in 2003, Ferdinand was suspended for the first few weeks of the 2004-05 season.

After being linked with a move to Chelsea, the centre-back was booed by United fans during the final few games of the campaign before eventually signing a new contract.

He then went on to win five Premier League titles, two League Cups and the Champions League during his final nine years at Old Trafford. 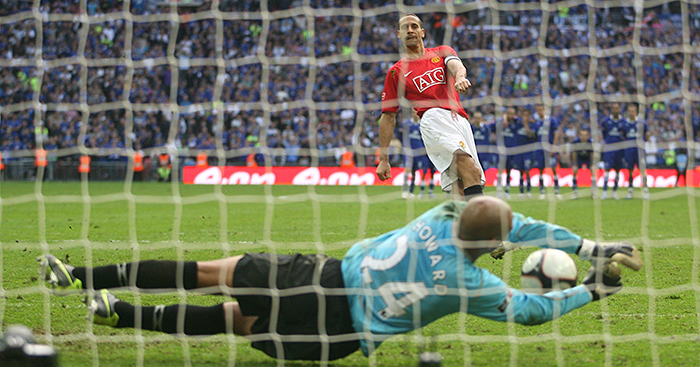 Silvestre made 50 appearances in all competitions for United in 2004-05 but fell down the pecking order following Nemanja Vidic’s arrival in January 2006.

The former France international was sold to rivals Arsenal in 2008 and made a number of high-profile errors during his two-year spell with the Gunners.

Stints at Werder Bremen and Portland Timbers followed before he called time on his career with Indian side Chennaiyin in 2014.

Having learned his trade on loan at Bournemouth and Royal Antwerp, O’Shea then became a dependable utility player at United and made 393 appearances in all competitions.

After leaving Old Trafford in 2011, he played for a further eight years at Sunderland and Reading before hanging up his boots.

The 39-year-old returned to the Madejski as a first-team coach in 2019 and was also working with the Republic of Ireland Under-21s. O’Shea joined the Stoke City coaching staff in the summer.

Giggs was into his 15th season at United and had already made over 600 appearances in all competitions by the time the Glazers rocked up.

The former Wales international remarkably remained a regular in the side for nine more years after this game, going on to retire in 2014 after nearly 1000 appearances in his one-club career.

He later became Wales boss, but resigned amid an ongoing trial, charged with using controlling behaviour and assaulting his ex-girlfriend, of which he’s denied and pleaded not guilty.

After being heavily criticised by Roy Keane in an infamous MUTV interview in October 2005, Fletcher silenced his doubters and became a key player for Sir Alex Ferguson’s side.

An unfortunate illness decimated his final few years at the club, but he went on to play for West Brom and Stoke City before retiring.

The 37-year-old returned to Old Trafford in 2021 and is currently working as their technical director.

Having come up through the academy at Leeds United, Smith controversially crossed the Pennines to join Manchester United in 2004.

He enjoyed a promising debut season at Old Trafford but his career was nearly over when he suffered a sickening broken leg and dislocated ankle against Liverpool in 2006.

The midfielder joined Newcastle United in 2007 and later had spells with MK Dons and Notts County before hanging up his boots in 2018. He now lives in Florida, where he works as a football coach.

Fortune joined United in 1999 and played a bit-part role during his seven years at Old Trafford, making 126 appearances in all competitions.

The versatile midfielder was released by the club in 2006 and then had brief spells at Bolton, Brescia, Tubize and Doncaster Rovers.

He returned to United in 2012 to train with the reserves while completing his coaching badges and has since become an England youth team coach.

Van Nistelrooy is one of United’s greatest goalscorers but was plagued by injury problems during 2004–05, scoring just six goals in 17 Premier League appearances.

The striker rediscovered his best form in 2005-06 and then joined Real Madrid following a high-profile falling out with Sir Alex Ferguson. He’s now the manager of PSV.

Neville’s brief cameo against Southampton was his 386th and final game for United. He joined Everton a few weeks later and spent eight years with the Toffees.

The former England international is currently managing Inter Miami in the United States. 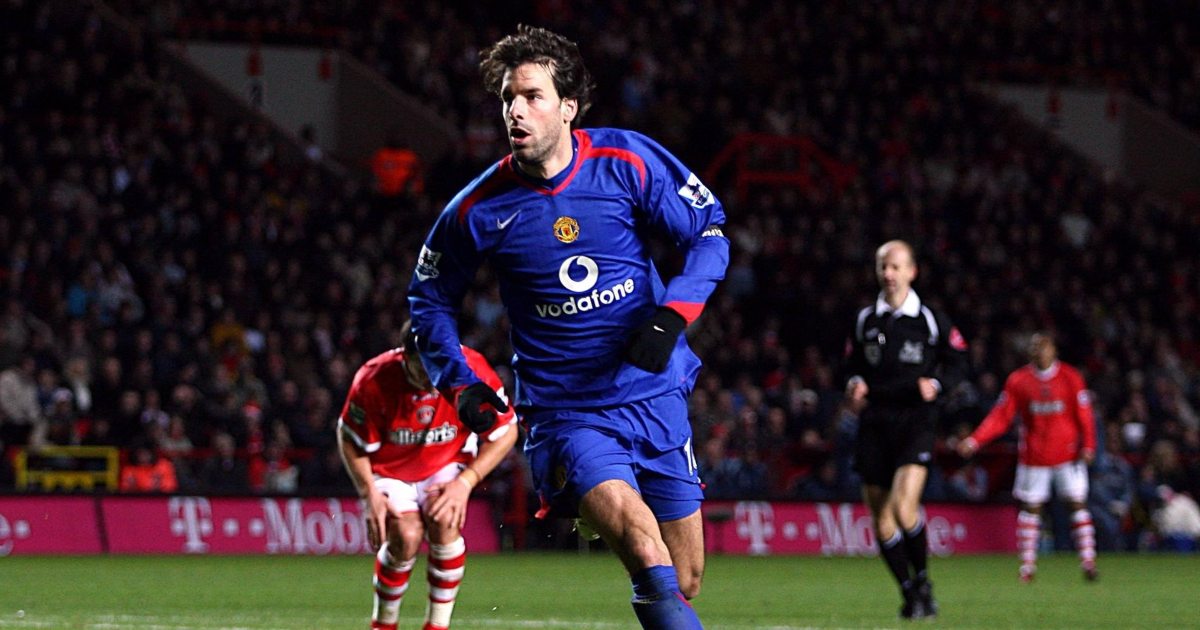 Signed from Everton in a £30million deal, Rooney was enjoying a brilliant debut season at United when the Glazer family became the new owners.

The striker famously registered a hat-trick on his debut and also scored 11 goals in 29 Premier League appearances, winning the PFA Young Player of the Year award.

It was a sign of things to come as he became the club’s all-time top goalscorer with 253 goals while winning five league titles, the FA Cup, the Champions League, three League Cups and the Europa League.

Rooney has since gone into management. He’s now in charge of DC United after making an admirable go of keeping financially beleaguered Derby County in the Championship.

Saha’s four-and-a-half years at United were marred by a series of injury problems and the striker was sold to Everton in 2008.

READ NEXT: 10 former Man Utd players to speak out against the Glazers: Neville, Rio & more