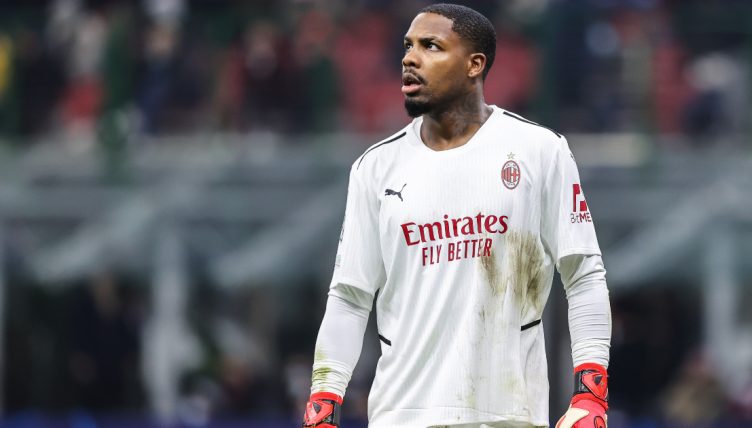 When Football Manager 2012 was released, Paris Saint-Germain were not the club they are today – but they still had some brilliant wonderkids on their books, as Football Manager die-hards will know.

After a heavy injection of cash following the purchase of the club by Nasser Al-Khelaifi from Qatar, the French side started bringing in huge names, with the likes of Blaise Matuidi and Javier Pastore arriving in the summer of 2011.

With the announcement of this big-spending project, the idea of a youth system at the club suddenly seemed somewhat pointless, given the amount that was about to be splurged.

Nevertheless, PSG did possess some young talent, and FM scout managed to pick out four talents who could be described as ‘wonderkids’ on the game.

In reality, there were some mixed results.

Just 15 years old at the time of release, the French goalkeeper is one who is well on his way to fulfilling his potential from the game.

Maignan never played a senior game for PSG, and was released in 2015, but was quickly picked up by Lille as an 18-year-old.

He went on to make over 150 appearances for Lille, culminating in a shock Ligue 1 title last season, beating his former side to top spot.

Maignan then joined AC Milan as a direct replacement for PSG bound Gianluigi Donnarumma in the summer, and at 26 years old, has reached his prime years as first-choice goalie at one of Europe’s biggest clubs.

He could even help them to the title in his first season at San Siro. Molto bene.

The other success story on this list also happens to be a goalkeeper, and Areola has not had a normal career by any means.

It’s surely a rarity that a player can have loan spells at both Real Madrid and Fulham within two years, with Areola spending a year at the Bernabeu as a backup to Thibaut Courtois.

Now a France international, the ‘keeper is still on the books at PSG, but is currently on loan at West Ham with an option to buy. Currently second choice, he has played in the cups and Europa League. But it remains to be seen whether he stays there in the long run or goes searching for regular football.

He also had successful loan spells at Lens, Bastia and Villarreal, as well as playing 57 league games for PSG over the years.

Great penalty save by PSG's Areola… but does he have Mystic Mbappe to thank?! 😂😂😂 pic.twitter.com/W3rBRZ8lHv

A 17-year-old attacking midfielder in the game, Yaisien currently finds himself in the Egyptian Premier League with Al Mokawloon.

The Frenchman actually had two spells with PSG’s B team, rejoining the club in 2017 after initially departing in 2013.

He had a failed spell at Bologna in Italy, during which time he made no senior appearances and was loaned out, before joining FC Lorient B for a season in 2016.

Yaisien managed 2 caps for France U20s in 2013, but a senior call up does not appear to be on the cards.

Those who played Football Manager 2012 will have probably owned this French striker at some point and watched him become a reincarnation of Thierry Henry.

He was even described as the top French talent of the time by Le Parisien in France, in a generation that included Adrien Rabiot and Kingsley Coman. But in reality, he did not reach his potential in the slightest.

Still only 26 years old, Ongenda made his PSG debut as a substitute for Javier Pastore in the Trophee Des Champions in 2013 as a 17-year-old, and scored the equaliser, playing in the same team as Zlatan Ibrahimovic and Thiago Silva.

He would only make 11 league appearances for the club, scoring once, before failed spells in Holland, Spain and Italy.

After a spell in the Romanian top flight with FC Botosani, Ongenda now plies his trade in Cyprus for Apollon Limassol and is probably wondering how differently things could have panned out for him.