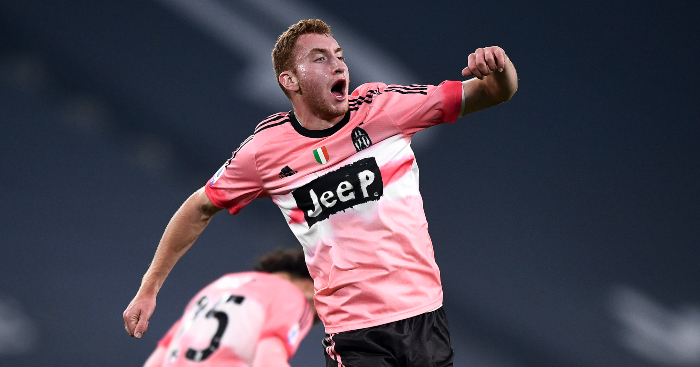 Big-money January signings have a history of either being brilliant or disastrous.

For every Virgil van Dijk, there’s a Savio Nsereko or Afonso Alves. The pressures of carrying an inflated price-tag can drive players to buckle under the pressure or thrive on the responsibility.

We’ve looked back at the 11 most expensive signings from last January and tracked how they’ve fared since.

Thirty-two appearances, 33 goals. One goal for every 73 minutes he’s spent on the pitch.

Safe to say Borussia Dortmund are not regretting the €20million they spent on Haaland last January.

Erling Haaland: “It’s the best goal I have ever scored.

“I love the Champions League.

“I am happy PSG copied my meditation celebration.”

Alcacer became Villarreal’s most expensive ever signing when he moved from Borussia Dortmund for €25million.

The Spain striker scored on his debut and has bagged a further 12 for the La Liga side since.

Born in Arras, a French town that lends its name to an infamous First World War battle, Tousart impressed at Lyon and earned a €22million move to Hertha Berlin.

The 23-year-old was immediately loaned back to France and scored the winner in a Champions League knockout tie with Juventus.

Tousart was unable to participate any further in Lyon’s Champions League run after moving to Hertha in July. He’s made four appearances without scoring for the Bundesliga club so far.

Napoli beat off competition from German and Spanish clubs for Lobotka, paying Celta Vigo a reported €24million for his services.

The midfielder made his league debut during a 2-1 win over Juventus and has made 19 appearances for Napoli so far, without scoring.

If the Slovakia international can emulate his compatriot Marek Hamsik, he’ll become a legend in Naples.

Sheffield United are currently on course to post the lowest points total in Premier League history, somehow managing to be even worse than Derby County’s 2007-08 vintage.

Berge seems fairly blameless in this. The highly-rated Norway midfielder seemed tailor-made for Chris Wilder’s unique system but has often found himself relegated to the bench in favour of former Fantasy Football hot property John Lundstram.

While he hasn’t delivered consistently yet, Berge remains a classy footballer. The news of a four-month injury lay-off is a huge blow to Sheffield United’s survival chances.

It never quite worked out for Piatek at AC Milan. Bought as a replacement for Gonzalo Higuain in 2019, the Poland striker scored 16 goals at the San Siro without ever threatening to hold down a regular place in the first team.

Despite rumours that Tottenham had agreed a deal with Milan, Piatek moved to Hertha Berlin for the fee of €27million and hopes were high that the perenially mid-table Hertha had signed a top talent.

He’s only scored eight goals to date, but a brace in the Berlin derby helped to endear Piatek to the Hertha faithful.

Two goals in three minutes turns the game around for Hertha 😤 pic.twitter.com/NxFkfTUc22

Jose Mourinho loves his wingers. From Arjen Robben and Damien Duff during his first spell at Stamford Bridge to Angel Di Maria at Real Madrid, Mourinho’s system often relies upon hard-working wingers for their creative inspiration.

Bergwijn seemed to fit the bill perfectly. After establishing his reputation in the Eredivisie, the Netherlands international joined Spurs for £26.7million and won Man of the Match on his debut against Manchester City.

An ankle injury looked set to curtail his debut season, but the league’s suspension allowed him to regain fitness for Project Restart, in which he scored against Manchester United.

“He is one of my boys. Period,” were the words of Jose Mourinho in response to some criticism of Bergwijn following his costly miss in the defeat to Liverpool.

Reinier broke down in tears during his introductory press conference after securing a €30million switch to Real Madrid from his hometown club Flamengo.

The 18-year-old Brazilian midfielder has yet to make a first-team appearance for the club, spending the second half of last season in the reserves before agreeing a two-year loan deal with Borussia Dortmund.

He’s only made a handful of appearances in Germany so far but remains a name to keep an eye on in the future.

Initially signed on loan, Tottenham were sufficiently impressed by Lo Celso to trigger the £27.2million option that bought him to north London permanently.

Comfortable on the ball and capable of creating chances from nothing, Lo Celso has been a hit with both Jose Mourinho and Spurs fans.

Kulusevski is an exciting winger, having proven himself in Serie A and with the Swedish national team.

In a typically convoluted Italian transfer, he joined Juventus from Atalanta, who had already loaned Kulusevski out to Parma. After signing for the Italian champions, he spent the remainder of the 2019-20 season with Parma before officially moving to Juve in August.

The Serie A Young Player of the Year has already scored four goals for Andrea Pirlo’s side and, aged only 20, could become one of Europe’s best footballers over the next decade.