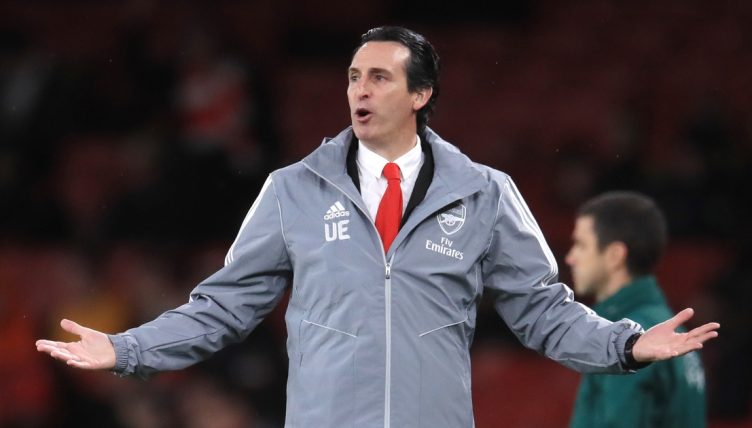 Unai Emery was chosen to replace Arsene Wenger in 2018 but lasted just 18 months in the Arsenal dugout before being sacked.

Emery’s final game in charge at Arsenal came against Eintracht Frankfurt at the Emirates in November 2019. After Pierre Emerick-Aubameyang put Arsenal in front, a brace from Daichi Kamada gave the away side the win.

With Bernd Leno established as the first-choice goalkeeper, Martinez’s appearances under Emery were limited to the cup competitions.

He finally got an extended run in the side at the end of the 2019-20 season when Leno was injured and produced some brilliant performances, including the FA Cup final win over Chelsea.

But Arteta still favoured the Germany international and Martinez was then sold to Aston Villa in a £20million deal. He enjoyed a brilliant debut season with Villa and also won the Copa America with Argentina in 2021.

But the 29-year-old has allowed mistakes to creep into his game in 2021-22 and Arsenal have since signed Aaron Ramsdale, who is excelling at the Emirates.

After a successful loan spell at Fulham, Chambers returned to Arsenal ahead of the 2019–20 season and continued to be an unspectacular but reliable presence, both at centre-back and right-back.

But the defender ruptured the anterior cruciate ligament of his left knee during Arteta’s second game in charge and then spent a year on the sidelines.

He was deemed surplus to requirements following the arrivals of Ben White and Takehiro Tomiyasu and joined Aston Villa on a permanent deal in January 2022.

Having made a series of calamitous errors during Unai Emery’s tenure, Mustafi found himself on the fringes of Arteta’s side.

The defender was allowed to join Schalke on a free transfer in February 2021 but was released following their relegation. He’s since joined La Liga side Levante on a two-year deal.

Torreira failed to build on a promising start to his Arsenal career and is currently on loan at Fiorentina, who have an option to buy the midfielder at the end of the season.

The former Arsenal centre-back has had a mare here… pic.twitter.com/H2KFwIbVnd

Signed from Borussia Dortmund for £17.6million in 2018, Sokratis got off to a good start at Arsenal and was a frequent fixture during a nine-match winning run in the early days of Emery’s tenure.

But the centre-back was renowned for an old-school approach to defending and his limitations on the ball saw him quickly fall out of favour under Arteta.

After being excluded from their Premier League and Europa League squads at the start of the 2020-21 season, he had his contract was cancelled by mutual consent and joined Olympiacos in January 2021.

Tierney joined Arsenal from Celtic in a £25million deal in the summer of 2019 and was initially bedded in during the Europa League group stages.

Despite struggling with injury problems, the Scotland international has since established himself as Arsenal’s first-choice left-back and signed a new five-year contract with the club in 2021.

“He’s been one of the positives since I joined,” Arteta said in 2020. “His character, the way he trains, the way he pushes himself. He is exactly what we need and he is the kind of player I love.

“I’m really, really happy with him. He had some tough moments but he is much happier and settled.” 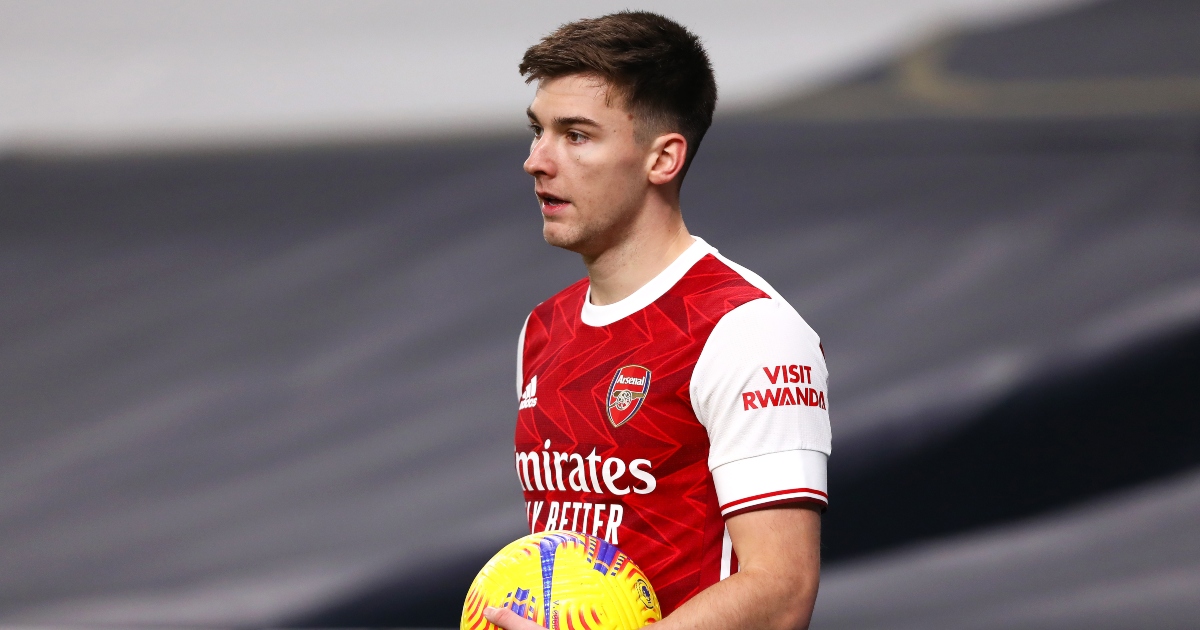 One of the most Jekyll & Hyde players of the modern era, Luiz joined Arsenal from Chelsea in 2019 and unsurprisingly had a very mixed spell at the Emirates.

He endured a horrific cameo appearance against Manchester City in June 2020 but then starred in their FA Cup semi-final and final victories a few weeks later.

The 34-year-old was released at the end of the 2020-21 season and has since returned to his native Brazil with Flamengo.

Guendouzi quickly fell out of favour following Arteta’s arrival and is spending 2021-22 on loan at Ligue 1 side Marseille.

Xhaka became Arsenal captain under Emery in September 2019 but was stripped of the armband after telling his own fans to “fuck off” a few weeks later.

The Switzerland international looked set to leave the club in the 2020 January transfer window but was brought back into the fold by Arteta.

“When Mikel arrived, I had a very good meeting with him, very good conversations,” Xhaka said in 2020. “Mikel was the guy. He turned me around and gave me a second chance, and he showed me he trusted me and I have tried to give him everything back.”

Despite his tendency to press the self-destruct button, the midfielder is still one of the first names on the teamsheet under Arteta and has now made over 200 appearances for the club. 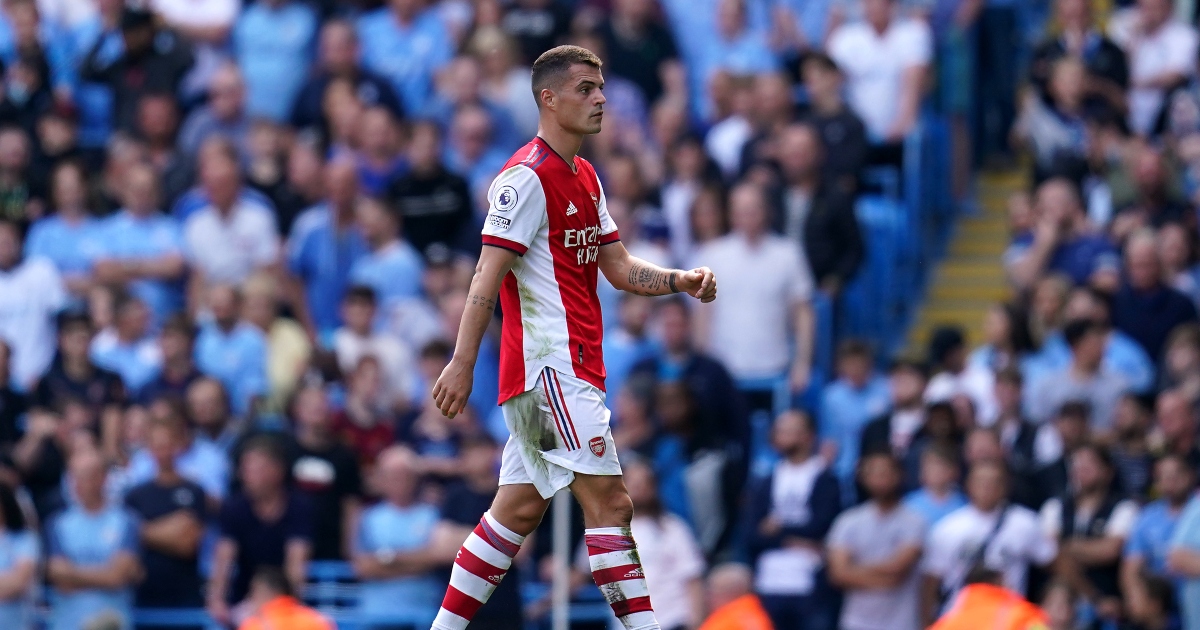 READ: Remembering the five times Granit Xhaka has been sent-off for Arsenal

Despite being tipped to fill the void left by Aaron Ramsey’s departure, Willock found first-team opportunities hard to come by under both Emery and Arteta.

After scoring eight goals in 14 appearances on loan at Newcastle in the second half of 2020-21, he made the move permanent but is yet to rekindle that goalscoring form.

While Emery didn’t have much success at Arsenal, he does deserve credit for signing an 18-year-old Martinelli from the Brazilian fourth division in 2019.

The forward scored seven goals in 11 appearances under Emery and later became the first teenager to hit double figures in a season for Arsenal since Nicolas Anelka in 1998-99.

He was plagued by injury problems throughout 2020-21 but now looks back to his best and has nailed down the left-wing spot at Arsenal.

Ozil made just 12 appearances under Arteta and was allowed to leave for Turkish side Fernabache on a free transfer in January 2021.

Aubamaeyang was in brilliant form throughout 2019-20, scoring 29 goals in all competitions and helping Arsenal win the FA Cup.

But he struggled to replicate that form after signing a new £350,000 a week contract in September 2020 and also fell out with Arteta due to his poor discipline.

After returning late from a trip abroad in December 2021, the striker was stripped of the Arsenal captaincy and then allowed to join Barcelona on a free transfer.

“My last few months at Arsenal were complicated, that’s football sometimes,” Aubameyang said after joining Barcelona. “For my part, I never wanted to do anything wrong. My problem was only with Arteta. I can’t say much more, I wasn’t happy.”

One of five academy graduates to make their Arsenal debut under Emery, Saka enjoyed a brilliant breakthrough season in 2019-20.

He has since gone from strength to strength under Arteta and is widely regarded as one of the most exciting young players in the world.

The 20-year-old has also made over 100 first-team appearances for Arsenal, who are currently trying to tie him down to a new long-term contract.