Where are they now? The Barcelona Xl from Xavi’s last game in 2015 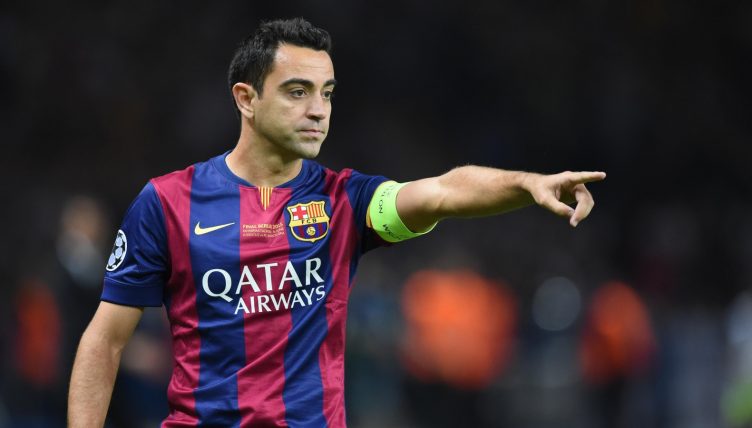 Xavi Hernandez is making a good fist of turning Barcelona’s fortunes around as manager but what has become of the rest of the XI from his final appearance for the club as a player?

The legendary midfielder made his 767th and final Barcelona appearance in June 2015, coming on as a late substitute during the 2015 Champions League final as Barca beat Juventus 3-1 to lift the trophy for the fifth time.

We’ve taken a look at the Barca team from that triumphant night to see how they are all faring today.

Ter Stegen arrived at Barcelona in 2014, replacing the departing Victor Valdes, but didn’t make a single La Liga appearance in his first season.

But the goalkeeper played in every Champions League game, culminating in the triumph over Juve in Berlin.

He became Barca’s first choice in all competitions after Claudio Bravo left for Manchester City in 2016 and has racked up 335 appearances during his spell at the club.

Alves is a Barcelona legend, winning an incredible 23 trophies during his time at the Camp Nou, but he only lasted a year after the Champions League triumph, leaving on a free transfer to final opponents Juventus in 2016.

The Brazil international spent a successful year in Serie A, two seasons at PSG before returning to his homeland with Sao Paulo.

He even made a brief return to Barca last season, helping to steady the listing ship under Xavi. He now plays for Liga MX club UNAM.

Pique has made an astonishing 571 appearances for Barcelona and further cemented his iconic status by taking a dramatic pay-cut in the summer of 2021 – allowing Barca to register three new signings.

The 35-year-old may have creaking knees these days, and one of Xavi’s first tasks will be identifying a replacement for the centre-back, but Pique remained an important part of the Barca team last season and made 40 appearances.

But the World Cup winner has been sidelined so far this year and his days at the club appear numbered. 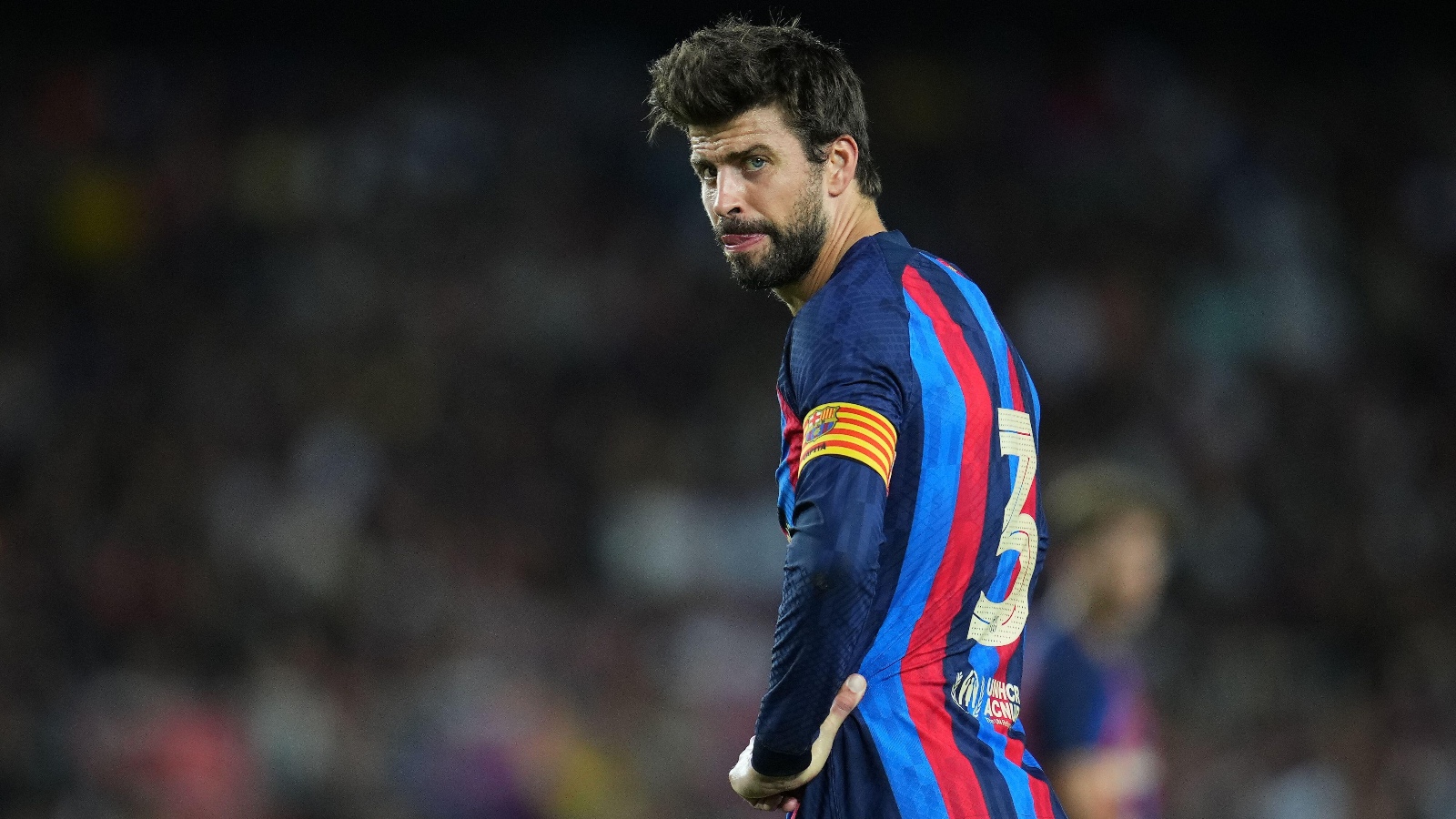 Signed as a defensive midfielder, Mascherano was quickly converted into a centre-back by Pep Guardiola and performed the role to distinction during the victory over Juventus.

The Argentina international remained in Spain until January 2018 when he completed a €5.5 million move to Chinese Super League side Hebei China Fortune.

After returning to his native Argentina for a year with Estudiantes, Mascherano announced his retirement in November 2020. He was last seen endorsing FIFA’S bonkers bi-annual World Cup plan.

Alba was at the peak of his powers in 2015, winning the treble with Barcelona and signing a new contract with a new buyout clause of €150 million.

The full-back remains at the Camp Nou to this day, making three appearances already this season, although you sense that Xavi would prefer a younger alternative at left-back.

He also captained the Spanish national team to the semi-finals of Euro 2020 but it looks unlikely that he’ll make their World Cup squad.

A completely different kind of player but the right man at the right time to fill Xavi’s boots.

Scorer of the opening goal in the Olympiastadion, Rakitic was another 2014 signing who won a clean sweep of trophies in his first season at Barca.

The Croatia midfielder had a happy habit of scoring goals in important matches, notching against the likes of Juventus, Real Madrid and Tottenham (don’t laugh) and made over 300 appearances for the club.

But he found himself out of favour under Ronald Koeman and was sold to Sevilla in 2020 – going on to score against Barca in the Copa del Rey semi in 2021.

His last-minute replacement in Berlin didn’t make nearly the same impression. Mathieu did a reasonable job as centre-back but never fully established himself in the first-team.

The France international left for Sporting Lisbon in 2017 and announced his retirement three years later.

One of the home-grown emblems of Barca’s most successful era, Busquets remains at the club to this day and became captain after Lionel Messi’s departure this summer.

Providing assurance and stability in midfield, the World Cup winner has appeared 685 times for Barcelona and remains a flagbearer for football’s dark arts.

Nothing much needs to be said about Iniesta, arguably one of the greatest midfielders of all time, who is now captain of the Japanese side Vissel Kobe.

Xavi announced his departure in 2015 and immediately joined Qatari side Al-Saad, where he stayed until his retirement four years later.

The iconic midfielder was appointed manager of Al-Saad in 2019, where he impressed Barca fans with his side’s free-flowing football. It felt like a matter of time until he became Barca’s new boss and nobody was surprised when Xavi returned to Camp Nou in November 2021.

Messi’s departure from Barca in 2021 would have made a glass eye cry.

After pledging his future to the club, the forward was unable to stay at Camp Nou as Barca literally couldn’t afford his wages. His 672 goals in 778 appearances render him irreplaceable and we suspect that’ll remain the case forever.

Messi pitched up at PSG within days and, even after a year, it still feels weird to see him playing for anyone other than Barcelona.

Neymar’s move to PSG for a world-record fee in 2017 is often cited as the moment Barca’s house of cards began to tumble.

Spunking the money on a series of inferior replacements, Barca quickly entered financial meltdown while Neymar has thrived in Ligue 1.

And now the Brazil international lines up alongside Messi and Kylian Mbappe, while scoring 111 goals in 155 appearances for PSG.

He may rub people up the wrong way but Neymar remains one of the most talented players in the world. 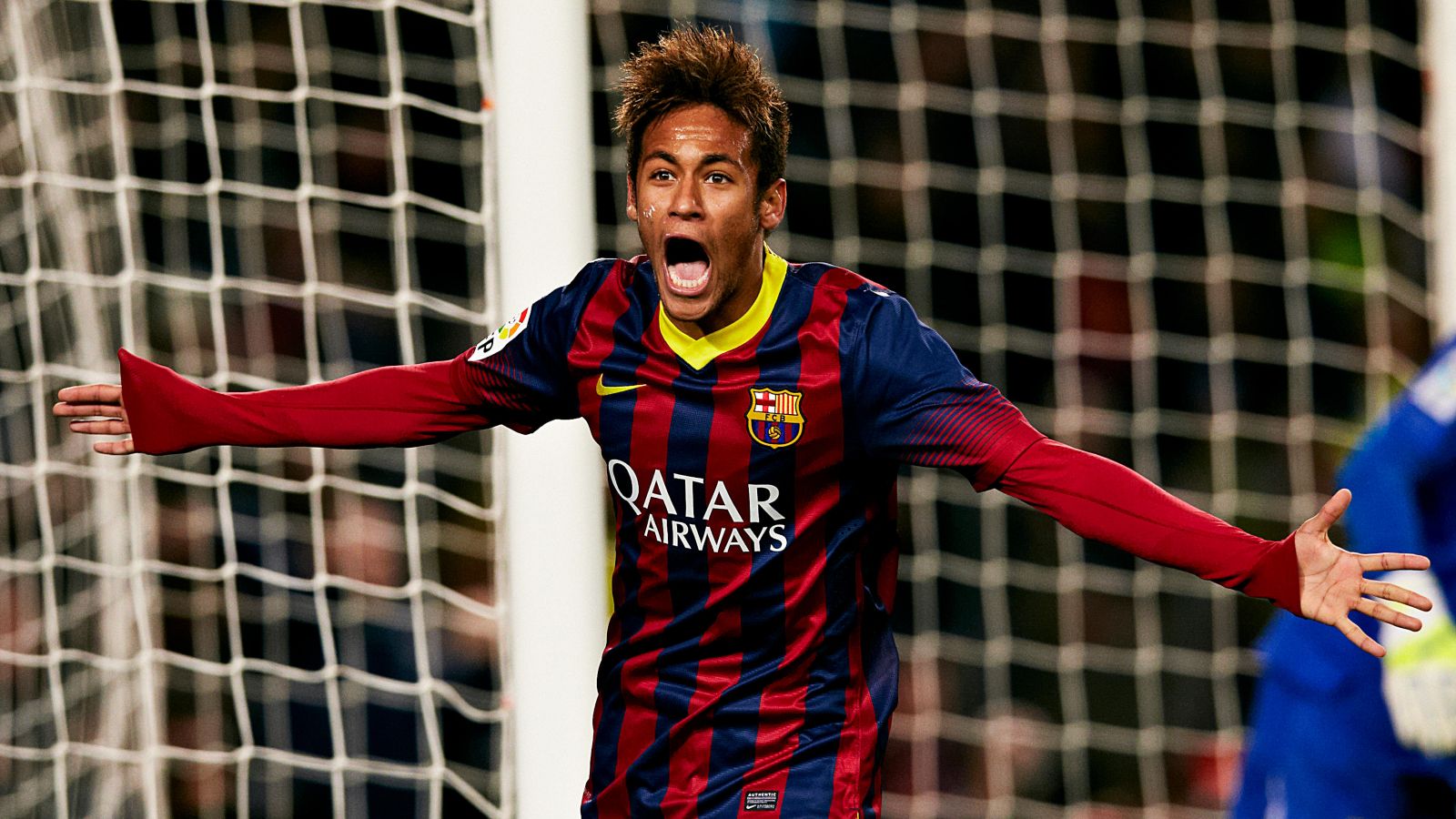 The decision to sell Suarez to Atletico Madrid in 2020 instantly backfired as the Uruguay striker inspired his new side to the title in his first season – at Barca’s expense.

The Uruguay international has now returned to his homeland and turns out for Nacional.

Pedro made his final Barca appearance during this final, moving to English champions Chelsea for a £19million fee. He ended up winning the Premier League and FA Cup during his time in London before time playing for fierce rivals Roma and Lazio.

He is one of only three players to score for both clubs in the Derby della Capitale.