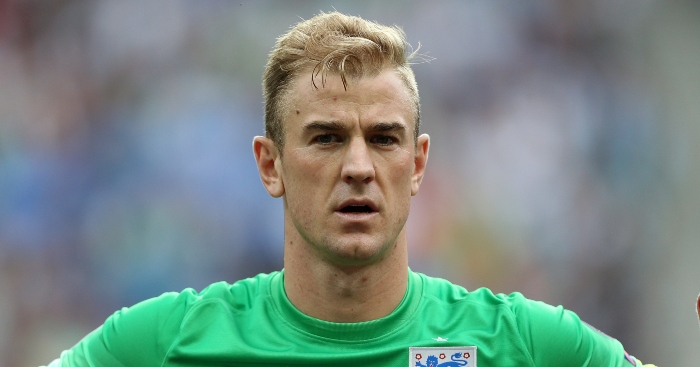 Whenever a major tournament rolls around, people tend to revisit old predictions and laugh. But when it comes to the BBC’s suggested England XI for Euro 2020, there’s as much good as bad.

Back in March 2015, the Beeb had a go at naming England’s future squad before the 2016 edition of the Euros had even got underway.

Players from Liverpool, Tottenham and Manchester United featured in the XI, and many of those selected are near-certainties to make the  2021 squad if fit. Many is not all, though.

“Is it too much of a punt to call Dele Alli into the squad?” asked one BBC Sport reader at the time, when the Tottenham midfielder was yet to make his debut for Spurs or for his country.

Turns out it wasn’t a punt at all, given the former MK Dons man’s inclusion in the 2018 World Cup squad. But what of the XI the BBC did select?

You’d have been labelled a witch if you correct predicted Jordan Pickford for the role, seeing as he was on loan at Bradford City at the time, but the Everton No.1 is also England’s first choice as things stand.

Nick Pope was still at Charlton at the time, while heir apparent Dean Henderson was still yet to make his senior debut.

The decision felt like a no-brainer, then – it had to be Joe Hart. Look, it felt obvious at the time.

@BBCSport Anything can happen in 5 years…

John Stones is the only one of the back four who you’d back to be involved in 2021.

Harry Maguire was still playing back-up to Curtis Davies and James Chester at Hull when the BBC made their prediction, while Ben Chilwell and Trent Alexander-Arnold were among those still waiting to play first-team football of any kind.

Stones was joined in the predicted centre-back pairing by Eric Dier, and in fairness, we didn’t know for sure whether he’d eventually play in defence or midfield. Calum Chambers was one of the write-in suggestions, and his versatility could yet see him sneak into the squad – if not the starting line-up – with a fan in the form of the manager, Gareth Southgate.

At full-back, the BBC plumped for Luke Shaw and Nathaniel Clyne, both of whom had made moves to bigger clubs after impressing at Mauricio Pochettino’s Southampton.

If we told you at the time that the duo would still be at Man Utd and Liverpool respectively in the 2019-20 season, you’d expect them to be nailed on for the England squad too. How wrong you would have been. Still, at least Shaw is closer than Kieran Gibbs, Jon Flanagan and Luke Garbutt, three of the others mentioned at the time.

@BBCSport Ryan Ledson will be in that team. And Luke Garbutt will be left back unless Shaw improves massively

Away from the aforementioned Dele Alli shout, readers suggested Will Hughes and Nick Powell. It feels as though we should mention that, just for balance.

“Best young English centre midfielder, certainly outside the prem, by a country mile and the ability to make a side tick,” wrote one England fan of Hughes, who has at least stepped up to the top-flight in the intervening period.

It’s unlikely anyone would have had the foresight to plump for Declan Rice or Mason Mount, both 16 at the time, while League One midfielder James Maddison won’t have been on a lot of radars.

Of the three picked by the BBC in a 4-3-3 formation, only Jordan Henderson seems likely to make the 2021 squad. Ross Barkley and Jack Wilshere have both represented their country in the interim, but 2019-20 hasn’t seen either at the peak of their powers.

Credit, though to Alex Swinden, who was tipping Lewis Cook for England squads when the midfielder had barely graduated from Leeds’ youth team.

Harry Kane was a nailed-on pick after his breakthrough 2014-15 season, while Raheem Sterling – who had already featured at the 2014 World Cup – was similarly obvious.

Selecting Jadon Sancho or Callum Hudson-Odoi at the time would have resulted in some raised eyebrows, while even Marcus Rashford was the best part of a year away from his Manchester United debut.

Even Callum Wilson, 23 at the time, had no top-flight experience after leaving Coventry for then-Championship Bournemouth the previous summer.

With that in mind, both the BBC and its readers did an alright job identifying some men who are at least still in the Premier League, with Andy Carroll, Alex Oxlade-Chamberlain and Danny Welbeck among those to earn a shout-out.

Also in the mix, Saido Berahino. He won’t be going to Euro 2021, mostly because he now plays his international football for Burundi.