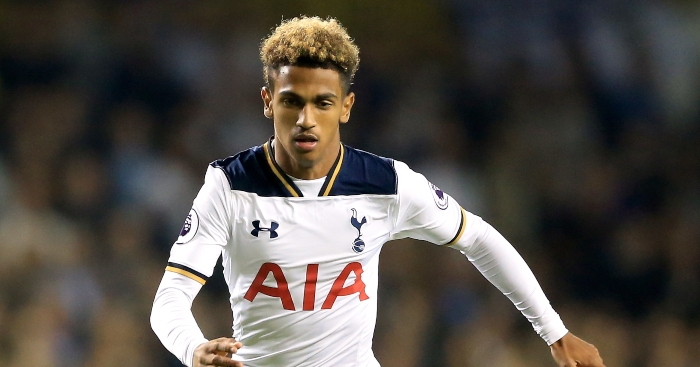 Pinpointing a young player who is going to become a star is an unenviable task. The Guardian deserve credit for their choice of future Liverpool hero in 2015, although the less said about their Manchester United pick, the better.

Every year, The Guardian publish their Next Generation series, highlighting some of the best young prospects around the world as well as one from each Premier League club.

We’ve revisited their choices from 2015 to see how they’ve fared to date.

Given McGuane earned a move to Barcelona at the age of 18, it’s difficult to argue with this pick.

But the midfielder never made a competitive appearance for Barca’s senior side – unless you count the Catalan Super Cup, which we don’t – before joining Nottingham Forest in February.

The postponement of the season means McGuane has yet to appear for Forest in the Championship, although it speaks volumes that he has initially joined the club’s Under-23 squad.

✍️ Welcome, @marcusmcguane58!#NFFC are delighted to confirm that Marcus McGuane has joined the club on a permanent transfer from Barcelona.

The highly-rated defensive midfielder signs for The Reds’ Under 23 side, penning a contract until 2022. pic.twitter.com/Ykat8zWozy

“I was fed up in England and just wanted to come home because I wasn’t enjoying it,” Finnerty said in 2019.

The defender failed to make a senior appearance at Villa and similarly went unused at Rochdale.

He returned to Ireland with Bohemians, playing part-time while working at the Porterhouse Brewing Company.

“I’m enjoying working too,” he said. “It’s keeping me busy. It’s better than sitting in the house.”

Serious injuries have stunted the progress of Jordan. The defender is still on the books at Bournemouth, but his only senior appearance for club came four years ago as a substitute in a League Cup defeat to Preston.

Part of Chelsea’s small army of loanees, Chalobah joins the long list of players in this that have yet to make a senior appearance for their club, although he has gained plenty of first-team experience on loan at Ipswich and Huddersfield in the last two seasons.

We asked our mate, Huddersfield Town fan Oli Fisher for his opinion on Chalobah: “One of the most frustrating loan players we’ve ever had.

“Very rare flashes of brilliance but constantly over complicates things, is lightweight despite his size and leaves me with no idea what his best position is.”

Signed from Southend as an Under-14, Flanagan’s performances in Palace’s academy attracted interest from Manchester United, Chelsea and Arsenal in the summer of 2015.

Palace managed to keep hold of the midfielder, who won their Young Player of the Year award last season after finishing as the joint-top scorer with the Under-23s, but he was allowed to go on trial at Doncaster in October and seems unlikely to be at Selhurst Park next season.

“This is our fourth Under-23 season. We really shouldn’t be here this season. We should be out on loan, honestly,” Flanagan told London News Online in September 2019.

“Even Shawsy (coach Richard Shaw) said it should just be two seasons. See how you progress from there, then look to get into a first team. When it gets to three or four seasons it just gets repetitive.

“It’s a bit of frustration. Partly it’s our fault, partly the club’s. At the end of the day, we just have to come in and do what we do.”

One out of leftfield, Evans joined Bundesliga outfit Paderborn in January 2020 despite failing to break into Everton’s first team.

The attacking midfielder’s only senior experience previously came with loan spells at Morecambe and Blackpool.

Emile Heskey’s godson (honest), Johnson remains at Leicester, but his only taste of senior football remains a 35-minute cameo off the bench on loan at Hibernian last season.

Still, in that time he managed to make a tackle that left Emilio Izaguirre needing to be stretchered off and led to a two-game ban. An injury meant that was Johnson’s only appearance for Hibs.

Fair f*cks, lads. Can’t argue with this one.

“A local lad, Duhaney is not 17 until next week yet keen watchers of the City youth set-up believe the right-back may soon overtake Ash Smith-Brown, who is older and first choice in Patrick Vieira’s elite development squad XI,” wrote Jamie Jackson.

Duhaney now plays for Huddersfield Town’s Under-23s, having spent an underwhelming two months on loan at Boston earlier this season; Smith-Brown is a free agent after being released by Plymouth in January.

Jackson was right, you could argue.

“Callum’s a very talented player and the type English football does not have a lot of,” United’s academy coach Paul McGuinness told The Guardian. “He can keep the ball with people around him. He can manipulate it and give space for a creative pass. Also, he’s waiting to look for a creative pass all the time too.”

After being released by United in the summer of 2019, Gribbin joined Sheffield United’s Under-23 squad after a successful trial in October. 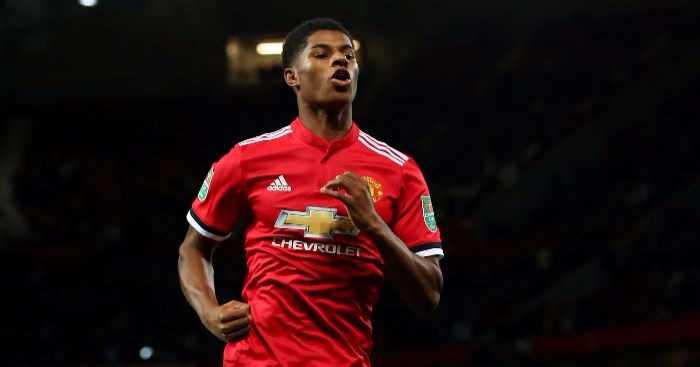 READ: Revisiting The Guardian’s first Next Generation picks from 2014

At the time of The Guardian’s article, Heaney had been the subject of a tug of war between England and Scotland, signed a boot deal with Nike and had been spotted by the scout who discovered, erm, Shola Ameobi.

He now plays for West Auckland Town in the ninth tier of English football.

An interesting case; having earlier been on the books of Arsenal and Tottenham, Ashley Seal spent time on trial at Chelsea and Leicester after rejecting new terms at Norwich following their relegation to the Championship.

The forward instead joined Wolves and has made four appearances for the senior side. After plenty of goals for the Under-23s he was loaned out to Portuguese second-tier outfit Famalicao and joined Accrington Stanley on loan in January.

“It says much for Mark Hughes’s Stoke revolution and how it has extended beyond the first-team squad that a Benfica underage captain sees his future is best served by moving to the midlands,” wrote Alan Smith at the time. “Luis Silva, a centre-half immediately earning comparisons to Marc Muniesa, arrived in July despite the Lisbon club being eager to keep him.”

Despite later signing a new two-year deal at Stoke, Silva never threatened to make a first-team breakthrough and returned to Portugal in 2018 to join Belenenses.

Now 21, he has made just four first-team appearances for his new club and spent the majority of the intervening two years in their Under-23s.

Marc Muniesa is currently playing in Qatar, FWIW, so perhaps Silva can still live up to those lofty standards.

Previously a member of Chelsea’s academy, Slattery made his first-team breakthrough at Southampton in the second half of 2018-19, making five appearances in all competitions.

In January, the midfielder was sent on loan to the second tier of Dutch football with De Graafschap.

Don’t: mention his name at the Stadium of Light. Do: watch Sunderland ‘Til I Die.

Me if I ever see Josh Maja step foot in Sunderland again: pic.twitter.com/dBVgfZlbBs

Cullen joined Swansea’s academy at the age of eight and has progressed to the first team, making three senior appearances over the past two seasons.

Famously compared to Lionel Messi by Mauricio Pochettino, who later admitted he regrets those remarks, Edwards made a solitary appearance for Spurs and saw his attitude questioned during a poor spell on loan at Norwich.

The attacker now plays in Portugual with Vitoria and proved you may be able to take the boy out of Spurs, but you can’t take the Spurs out of the boy, scoring against Arsenal in the Europa League earlier this season.

Another youngster who saw his progress curtailed by injury, Sesay followed his former Watford youth coach Harry Kewell to Crawley Town, where his performances saw the defender catch the eye of Championship trio Luton, Sheffield Wednesday and West Brom in January.

After signing a professional deal with West Brom, Roberts became just the second player born in 1999 to appear in the Premier League when he made his Baggies debut on the last day of the 2015-16 season.

The forward joined Leeds United on a permanent deal in January 2018 and has shown flashes of supreme quality punctuated by injuries, while it remains to be seen where he finds his natural position after playing as a No.10 and centre-forward.

That noise you can hear is our resident Leeds fan screaming, “Play him ahead of Bamford, Marcelo.”

Probably one of Wales’ most underrated youngsters.

Tyler Roberts has been deployed as an AM and as a ST under Marcelo Bielsa.

Injuries have hampered his time at Leeds, this season and last, but he’s shown quality and flair whenever he’s featured.

Oxford was the obvious choice for West Ham having just made his famous appearance as a 16-year-old at Arsenal.

Yet the proved to be the highlight of his Hammers career and, after two separate loan spells in the Bundesliga, he joined Augsburg on a permanent deal.

Where are they now? World Soccer’s list of the 50 most exciting teenagers of 2007