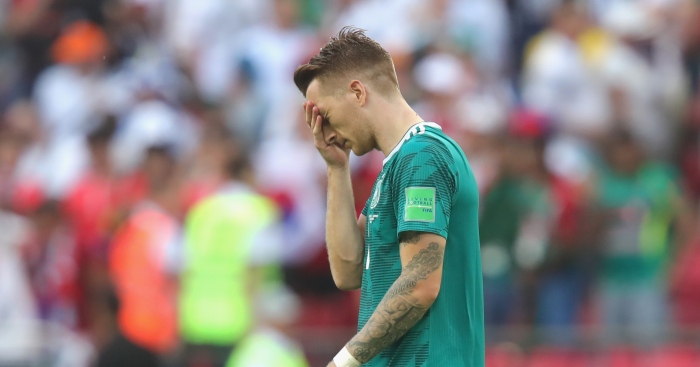 It’s fair to say the 2018 World Cup in Russia has been immensely unpredictable, which makes looking back at pre-tournament predictions all the more entertaining.

Lining up their best journalists and pundits, publications love to warm up for the tournament by finding out what their ‘experts’ are expecting to see.

Hours of research will go into these predictions, made with meticulous thought and with every scenario analysed, meaning surely they can’t go *that* wrong, can they?

“None of our experts anticipate England advancing past the quarter-final stage,” reads the second summary point below the headline of the Mail’s predictions.

Ex-England men Glenn Hoddle and Michael Owen are joined by Sportsmail’s top dogs Oliver Holt and Rob Draper to assess England’s chances – all of them predicting a quarter final exit.

When it comes to the winners, meanwhile, Holt and Draper both plumped for Spain, who struggled through their group before a last 16 penalty shoot-out defeat to a stern Russia side.

Owen’s predicted winners got the furthest, the former England forward selecting Brazil for the crown, while Hoddle – and he’s not the only one – called Germany to win.

A nice time for a reminder that Germany in fact finished bottom of their group, below Mexico, Sweden and South Korea.

Of the Guardian’s impressive array of 11 writers and pundits, none of them predicted England getting past the last eight either, but at least the publication was smart enough not to shout about what would prove a big miscalculation.

Five of the eight journalists who were asked for their winners picked Brazil, with one each plumping for Argentina, France and Germany. Three pundits – Marcel Desailly, Thomas Hitzlsperger and Marta – were asked but all went for their home nations.

“I’m certain Brazil will be in the final,” said Marta, who has scored 110 goals for her nation, while Hitzlsperger put it bluntly: “Germany will win.”

Asked to pick their finalists too, five of the 11 went for a Germany vs Brazil final, while only three – including Desailly – saw France reaching the decider in Moscow.

Elsewhere, Serbia, Switzerland and Denmark were among some big calls for the “surprise team of the tournament”, while Daniel Taylor deserves credit for picking Hirving Lozano as his breakthrough player, though two of his colleagues opted for Poland players. 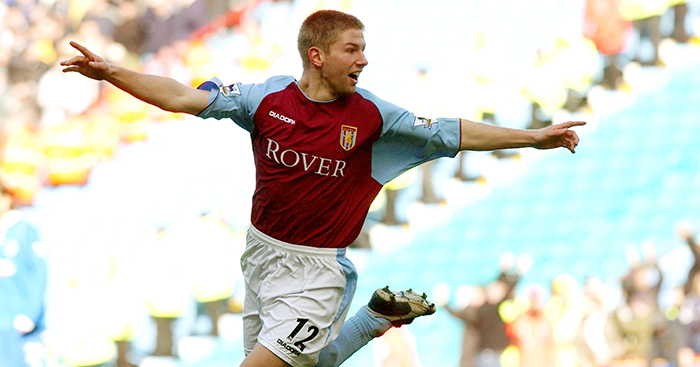 The BBC called upon their extensive range of pundits for their predictions ahead of the tournament, with the likes of Gary Lineker, Rio Ferdinand and Kevin Kilbane getting in on the act.

Unfortunately, the most common answer to the big question was Germany, with Frank Lampard, Rio Ferdinand, Alex Scott and Jermaine Jenas all predicting Joachim Low’s side would become the first country to retain the World Cup in 56 years.

Two each went for Brazil and Spain, while Chris Sutton was the only pundit to correctly predict France would lift the trophy on July 15.

Going one step further, Sutton was the only pundit to back England to the extent of their great achievements in Russia, saying: “We should be excited because England have a chance of winning the World Cup.

“If they start the tournament well, and gather a bit of momentum in the group stage then with knockout football you never know what could happen,” he added.

The four who gave a definitive answer to the question of England’s progression all suggested a quarter-final exit was on the horizon, while Jenas was quietly confident, saying: “I actually have a feeling we might surprise a few people.”

Before WC18 began the @BBCSport pundits made their predictions. Seems Chris Sutton is the only one left standing. He was also the one who showed the most faith in @England. What’s a World Cup we have been treated too. #ItsCominHome #WorldCup2018 @GaryLineker @alanshearer pic.twitter.com/vOFyrvEUAD

The Mirror’s spectacularly lengthy article in fact only discusses who each of their 13 journalists are predicting to win the competition, with six different outcomes suggested.

We’d like to give credit to Jon Livesey, who is the only journalist or pundit to select England as his winner, though we are pretty sure he took one for the team in choosing Gareth Southgate’s men. “Honestly believe it isn’t without some good reason,” he wrote.

Four votes from the Mirror were handed to Spain, while three of their contingent went for France, with John Cross keeping it short: “France will win it – they have got a top keeper, good defence, brilliant midfield and incredible forward line,” he said.

Germany and Brazil were each picked as winners twice, while Matt Lawless almost went for England, then made the silly decision to change his mind to Argentina.

This morning, @MirrorFootball writers are debating who'll win the World Cup and Golden Ball. I picked the obvious choice 👀 https://t.co/Ddlapp1w19

Since Alex Scott has already contributed in the BBC’s predictions, we’ve knocked the Telegraph’s predictors down to nine of their writers and Jamie Carragher.

There was an even split across the journalists, with Spain, France and Brazil all picked thrice. Carragher, on the casting vote, said Brazil were “ready to make amends for four years ago”.

Seven of the 10 called England’s first knockout win in 12 years though predicted Southgate’s side would fall in the last eight.

“There is understandable pessimism, but the Champions League suggested that English players are better than we often think,” wrote Jeremy Wilson, though, as he optimistically – and correctly – predicted England would get as far as the semi-finals.

Paul Hayward and James Ducker expected France to flop, while Ben Rumsby predicted England would be the big nation to not do as well as expected.

Meanwhile, Sam Wallace gets a shout for predicting no-goal Robert Lewandowski as the winner of the Golden Boot.

Despite Sky Sports’ distinctly evident lack of World Cup rights, Jeff’s gang of pundits got involved with sharing their insight ahead of the tournament in Russia.

“I don’t fancy Germany at all,” said Charlie Nicholas, who joined Paul Merson in selecting Brazil as their winners of the tournament, with Merson labelling the quarter-finalists “an absolute certainty”.

For all their managerial issues just days before kick-off in Russia, Matt Le Tissier plumped for Spain, saying they have “the most quality across the board”.

And then Phil Thompson almost ruined his prediction, as he went for Didier Deschamps’ French side, before saying: “I’ve been very insistent that Germany will always get you a semi-final spot.” We’ll let you off this time, Thommo.