Where are they now? Tottenham’s 10 youngest goalscorers since 1992-93 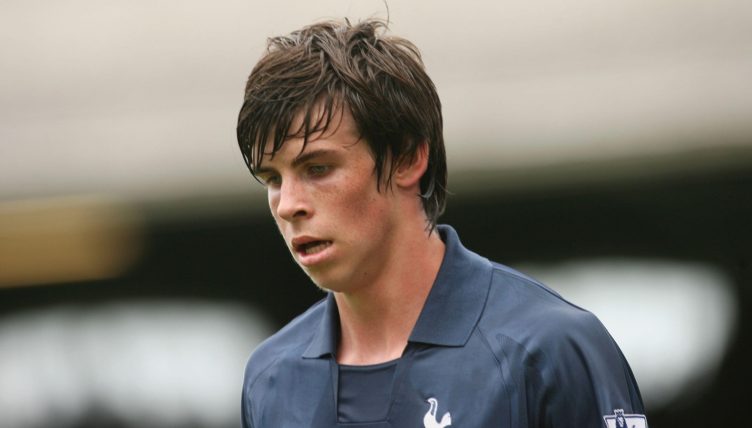 Tottenham have always given youngsters a chance in the first team, and some have taken to senior football like a duck to water.

From Ledley King to Harry Kane, Spurs have produced some talented young players over the years – but not all of them made it at the club.

We’ve taken a look at the club’s youngest-ever goalscorers in all competitions since the start of 1992-93 to see what they’re up to now.

Devine joined Spurs from Wigan for £500,000 in 2020 and caught Jose Mourinho’s eye with his performances during pre-season.

He became Tottenham’s youngest-ever player in the FA Cup win over Marine in January 2021 and marked the occasion with a goal just 15 minutes after being brought on.

“He’s a kid with good potential that came to the club only this summer,” Mourinho said after Devine’s debut. “He was lucky enough to have pre-season with us because we were short of players, so he had pre-season with us and played a few friendlies.

“Which of course gave him close contact with the first team. He’s not a stranger, and then working in the academy, playing in different teams in the academy.

“Coming to us sometimes to train so a nice process for him. Also, some experience in the youth teams and in the national team so step by step he’s going.

“He’s a kid that basically is a midfield player but with an instinct to appear in finishing zones and to score goals. We like him and of course, for him today is a special day.”

Turner became the youngest Premier League goalscorer when he found the net for Spurs against Everton in September 1992, a record he held until 1997.

“Youngest goalscorer before Michael Owen took it from me. I’m at number six now,” Turner told The42 in 2019.

“But to be there alongside names like Wayne Rooney, Cesc Fabregas and James Milner and stuck somewhere between Owen and Raheem Sterling…

“Everyone remembers those types of players and then there’s me at number six. And everyone is saying, ‘Who’s that?’ You have to smile about that.”

The winger netted three more goals in his next 23 appearances for the club but was sold to Portsmouth in 1996 following a series of loan spells.

He continued to drop down the divisions before retiring in 2008, recently working as an academy coach in Bangladesh.

After joining Spurs from Southampton in 2007, Bale scored on his second appearance for his new club in a 3-3 draw with Fulham.

Despite initially being labelled as a jinx, the Wales international developed into one of the best players in the world and completed an £86million move to Real Madrid in 2013.

After winning three La Liga titles and five Champions Leagues in Spain, he’s now preparing for the World Cup in the MLS.

Having risen through the youth ranks at Spurs, Campbell came off the bench to score on his first-team debut in a 2-1 defeat to Chelsea in 1992.

The centre-back made over 300 appearances for the club but became public enemy No.1 at White Hart Lane when he made the move across north London to join arch-rivals Arsenal on a free transfer in 2001.

Something tells us that Spurs fans didn’t accept that apology.

Faded into obscurity and was never heard from again.

Barmby made his Spurs debut during the inaugural Premier League season of 1992-93 and became a first-team regular over the next three seasons, scoring 28 goals in 108 appearances in all competitions.

He completed a £5.25million move to Middlesbrough in 1995 and later became the first Everton player since Dave Hickson in 1959 to join Liverpool.

The former England international spent eight years at Hull City before deciding to hang up his boots in 2012 at the age of 37.

Allen scored four goals in 28 appearances in all competitions for Spurs before becoming Portsmouth’s first million-pound signing in 1999.

After enduring an injury-plagued three years on the south coast, he famously walked away from the remaining eight months of his contract and went to watch England’s Ashes series in Australia.

Having retired from football at the age of 25, he has since started a new career as a civil servant in the Foreign Office.

A Leeds academy graduate, Lennon joined Spurs in a £1million deal in 2005 and scored his first goal for the club in a 2-0 win over Birmingham.

He made 364 appearances in all competitions during his 10 years at the club and played an integral role in their run to the Champions League quarter-finals in 2010-11.

The 35-year-old then had spells at Everton, Burnley and Turkey before leaving Turf Moor following Burnley’s relegation at the end of last season.

💙”The players, staff and fans were always great to me over my ten years”.#THFC #COYSpic.twitter.com/MN4tnLKTcv

Having joined Spurs as a teenager from Grasshopper Zurich in 2004, Ziegler enjoyed an impressive debut season and scored his one and only goal for the club against Everton.

He joined Sampdoria on a permanent deal in 2007 – ‘nomadic’ would be an understatement when you describe his career from there.

The left-back enjoyed spells in France, Turkey, Russia and Switzerland and is currently turning out for FC Lugano.

Once tipped to be the next Glenn Hoddle, Caskey joined Spurs as a trainee in 1990 and scored a late winner against Everton on his first-team debut.

The midfielder failed to live up to his early potential and went on to play for a further 13 clubs after leaving White Hart Lane in 1996.

He retired in 2015 and has since worked as an assistant manager and football consultant for non-league sides.