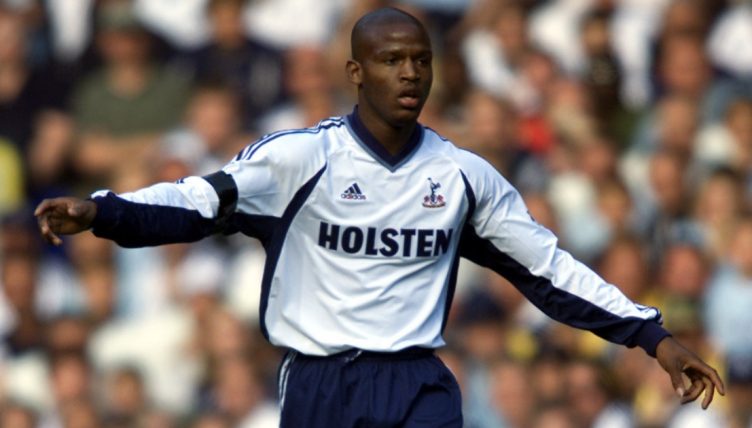 Levy is the Premier League’s longest-serving chairman, having been in the Tottenham hotseat since February 2001.

A lot has changed at the club since then. And given that Spurs finished 12th in 2000–01, things have certainly improved.

Before Tottenham fans get too sad about the downturn over the past couple of months, they should remember how they lined up the week after Levy replaced Alan Sugar.

That team, which lost 2-1 to Derby on March 3, 2001, was significantly less glamorous than today’s line-up. It wasn’t very effective either. Going into the match in 13th place, they could only score a consolation through a Taribo West own goal.

Manager George Graham called the performance “lacklustre”. BBC Sport, with less skin in the game, called it “woeful”. Needless to say, this team did not reach a Champions League final.

One of the better members of the 2001 side, goalkeeper Sullivan never won a World Cup like Hugo Lloris, but he would have kept Pierluigi Gollini out of the team.

Sullivan had just turned 31 when Levy arrived, but he went on to play for various clubs until he was 43. Nowadays he serves as Hull’s Head of Academy Goalkeeping.

In February 2001, Young was still youthful, but Levy chose to sell him to Charlton that summer.

He played almost his whole career in the Premier League, blemishing his record with a solitary Championship appearance for QPR.

Post-retirement he works as a football consultant for a management agency.

Irishman Doherty spent four years at Tottenham, occasionally playing as a (not great) striker, and he was enjoying his breakout season when Levy ousted Sugar.

The Ginger Pele scored three times in 2000–01 but nearly embarrassed himself in this match by dicking around on the touchline. Malcolm Christie’s nudge on Sullivan saw the comical goal ruled out.

Playing his last campaign before moving across north London, Campbell was a world-class defender at the time.

After 11 minutes of this game, however, he allowed Branko Strupar to get away and poke home from a corner, which set the tone for Spurs’ awful performance.

Campbell’s post-retirement managerial career so far amounts to a couple of short stints in charge of Macclesfield and Southend United.

Youngster Thelwell was not a world-class defender. He gave away a penalty in this match and was subbed at half-time for Anthony Gardner.

“I’ll be having a chat with Alton to let him know that just because he is in the first team does not mean he is the finished article,” said a Mourinho-like George Graham after the match.

Unlucky with injuries during his Spurs days, Thelwell stayed until 2003 before moving to Hull City. His most successful spell, however, was at Leyton Orient, and he now runs his own fitness company.

The club signed big boys like Guy Poyet in the summer of 2001, and Clemence made just six league appearances thereafter.

Despite his injuries, King became a club legend over 13 years at White Hart Lane. This was his breakout year, and he often featured as a midfielder.

The Spurs hero is now a club ambassador and moved into coaching with their academy, going on to serve as an assistant during Jose Mourinho’s ill-fated spell.

He since returned to the club as an ‘international technical coordinator’.

The only Tottenham manager of the Premier League era with a better win record than Pochettino, Sherwood was a tough-tackling, curtain-haired central midfielder in his day.

He would have enjoyed playing under Conte, while former Spurs boss Jose Mourinho actually impersonated Sherwood in his first Spurs press conference… by wearing a gilet.

With Sergei Rebrov and Les Ferdinand struggling with injuries in January 2001, Spurs signed Sheffield Wednesday striker Booth. For a month.

“We can only loan from the Nationwide League or Scotland and usually it’s a player who is either surplus to requirements, or [available due to] financial considerations or contract situations,” said an enthusiastic David Pleat, Spurs’ director of football at the time.

“After one or two enquiries we decided to go for Andy Booth.”

This was the last of Booth’s four appearances, during which he scored no goals — though he did come close with a header from a Ledley King flick-on.

Ferdinand was a rather more successful Spurs striker than Andy Booth.

He had an average scoring record but linked up well with Jurgen Klinsmann in the mid-90s and had the honour of scoring the Premier League’s 10,000th goal later in 2001.

He now works at as a technical director at Queens Park Rangers, and has done some brilliant work raising funds for the victims of Grenfell.

TRY A QUIZ: Can you name Spurs’ top goalscorer from every Premier League season?