15 of the best quotes on and by Ricardo Quaresma: ‘Life is all about risk’ 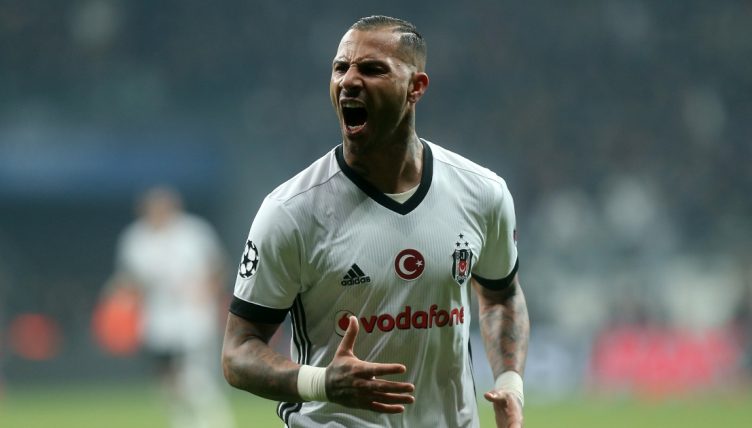 Ricardo Quaresma is often called a wasted talent, but he’s a player that has never failed to entertain – and for that reason alone he’s worthy of celebration.

Quaresma failed to make the most of high-profile moves to Barcelona as a 19-year-old, and later to Inter Milan under Jose Mourinho.

But Quaresma does things his way; he was never going to be the type of maverick that Frank Rijkaard or Mourinho appreciated.

“When I am happy, I fear nothing,” said Quaresma, which is evident every time he tries a rabona or trivela rather than choose the simple option of using his left foot.

Though he may not have achieved everything many thought he might when he burst on the scene alongside Cristiano Ronaldo, seven domestic titles, a Champions League winner’s medal and Euro 2016 glory suggests he hasn’t done too badly.

But more importantly, Quaresma has provided joy to anyone who has seen him play. Here are some of the quotes that sum up the enigma best.

Ricardo Quaresma on starting out

“I started playing on a pitch in Lisbon because my brother played in goal and wanted me to take shots at him. My brother asked a coach if I could start training with the team. I was a bit rough and strong; I used to bash into the other boys and never passed to anyone, but I scored a lot of goals.

“My story is a bit odd because even I think: ‘Why didn’t I enjoy football if I was born to play it?'”

“He has the ability to win a game with two or three touches, because he has fantastic talent. He doesn’t always play well, but he has can still surprise everyone and change a match.”

Quaresma on Frank Rijkard at Barca

“I changed my playing style to please him, but it always ended up in the same result. Either I was on the bench or ruled out of the side altogether. I then decided to try and play my style of football and that’s when we started to have disagreements.

“In the beginning, I did play and things were going well, then suddenly, the worse time of my life arrived and the trainer did not give me an explanation. From today, I do not want to explain about what happened to me in Barcelona.”

On his attitude at Barca

“I didn’t have patience at Barcelona. I couldn’t bear being on the bench. It was an idiotic attitude. I made bad decisions at key moments in my career. I wanted everything too quickly, and that ended up harming me.”

“I don’t want him to lose his personality and individuality, otherwise he’ll turn into an average player rather than playing like the genius he is.”

“He is a great talent, but the joy I have at seeing the way Ibra works for and with the team I do not yet have with Quaresma. He will have to learn, otherwise he won’t play, and I am sure he’ll change and become more tactically disciplined.

“He likes kicking the ball with the outside of his foot, but if you ask me about him in a few months’ time, we’ll be talking about a different Quaresma.”

Quaresma on being an entertainer

“When I find myself in a situation with three choices, I will always choose a dribble or a trick over a square ball or a 20-metre pass back. Life is all about risk and how you confront it and football is just the same.

“When I try something outrageous and it nearly comes off the crowd respond – that gives me hope that next time it will go right.”

“I never hid my admiration for his talent, for his ability to spring a surprise at any moment, and I told him what I thought about him. That honesty worked, because I never lied to him.”

“I don’t know exactly what happened that season, but Ricardo remains one of the best players I have played with.”

“He is a player with fight, determination, swiftness and great vision on the field. He can make things happen and unlock opposition defences.”

“Even with the injury, [Ronaldo] never stopped, he kept supporting the team and that’s why I say, not just as a friend, he is the only person I admire in football. Cristiano is the best in the world. The other guy goes behind him.”

“He is a very hard-working player who loves his job. Sometimes he finds it difficult to control his emotions, but we are working on a fix for this.”

“I don’t trust my left foot. Everybody thinks I do the rabona because it looks good, but the truth is I can control the ball better with my right foot.”

“Quaresma is an inspiration. The way he uses the outside of his foot is amazing, it is his weapon; he can pass, dribble and shoot with it which is an amazing skill.”

“Of course, talent alone is not enough to have a great career. I look at Giggs, Zanetti, Pirlo… I want the same.”