12 wonderful times Richarlison was the nicest man in the world 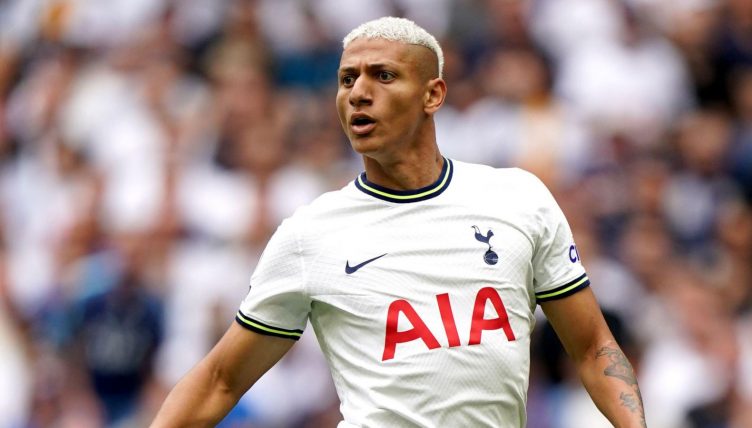 Dismiss him at your peril: Tottenham and Brazil striker Richarlison may look like your average footballer, all snarls and tattoos, but he’s actually a gem of a human being.

Ever since his upbringing in Nova Venecia, Richarlison has been committed to both football and raising awareness for those less fortunate in society.

So we’ve uncovered 12 times where Richarlison was the nicest man in the world.

Not a Bolsonaro fan

During the late 2010s, as Brazil fell under the control of Bolsonaro’s far-right administration, Richarlison repeatedly spoke out on topics such as racism, poverty, police and gender violence, LGBTQ+ rights and environmental destruction.

He questioned how Brazil’s yellow jersey had been dragged into the country’s political dispute, and adopted a jaguar to highlight the threats to Brazil’s Pantanal wetlands.

When the British journalist Dom Phillips and Brazilian Indigenous expert Bruno Pereira vanished in the Amazon in June, Richarlison was one of the first celebrities to champion the campaign to try to find them.

“On top of everything, he’s sensitive and committed to Brazil,” Pereira’s widow, Beatriz Matos, tweeted at the player after his brace against Serbia at the 2022 World Cup.

“He’s not only a star on the pitch, he’s a star off it too,” said the favela activist Rene Silva in a Guardian interview last month, remembering how Richarlison donated oxygen cylinders to the Amazon city of Manaus when its healthcare system buckled during the pandemic.

And he’s been a social champion for years.

Everton’s Richarlison has been vocal in raising awareness for social issues in Brazil, particularly the nation’s poverty. The murder of João Alberto Silveira Freitas has horrified Brazil. Pele not only has been silent on that, but he chose today to voice support of Bolsonaro.

After Brazil team-mate Vinicius Jr was racially abused at La Liga matches, something stoked by the knuckle-dragging element of the Spanish media, Richarlison went in to bat for his friend.

“Boring situation, right?,” he told ESPN. “I even texted that guy over there who talked bullshit to him on the show. But that he can have fun like he’s been doing and I’ll hope he scores a goal.

“I called him a s***… but that he can solve this as soon as possible and don’t miss it.”

Richarlison’s first Champions League goals, scored for Tottenham against Marseille in September, was an emotional moment that he just had to share with his family.

Richarlison couldn’t hold back the tears after scoring a brace in front of his friends and family on his #UCL debut 🥹 pic.twitter.com/NHqsqllaFv

Watch this and suddenly realise the room you’re sitting in is incredibly dusty.

Richarlison & his family reacting to him making the World Cup squad is EVERYTHING 🇧🇷💛 pic.twitter.com/VCn3j4qdQP

Despite his blossoming career in Europe, Richarlison has clearly not forgotten his roots and, in 2019, helped pay for pupils from his hometown to attend the Mathlympics in Asia after they were unable to afford the trip themselves.

🇧🇷 @Richarlison97 has donated $20,000 to fly a group of children from his hometown in Brazil to the 'Mathlympics' tournament in Asia.

🎓 The 'Mathlympics' gives students the opportunity to compete against others and improve their Mathematical studies.

In 2019, shortly after paying for that group of Brazilian students to fly to Taiwan to compete in an international maths quiz, he broke protocol when receiving the most prestigious honour available to an athlete in his home state of Espirito Santo.

Requesting the chance to address the floor, he urged the regional government to invest more in education. What a fantastic way to use your platform.

A year later and after organising a charity match in Nova Venecia that generated 6.4 tonnes of food for those in need, he was named Everton’s PFA Community Champion.

“All of us who play in big leagues and have space in the media, we have a great social responsibility,” he told the club’s official website.

“At first, I just wanted to buy a house for my parents, but then I saw that I could do bigger things.”

After Brazil’s victory over South Korea at the 2022 World Cup, Richarlison paid tribute to club team-mate Son Heung-min with a touching Twitter message.

I know how hard you fought to be here and that's why you're a hero to your people @Sonny7! 🇧🇷🤝🇰🇷 pic.twitter.com/tqBA8D6FZC

Richarlison blanked his international team-mate during Tottenham’s defeat to Arsenal, but apologised to him in his post-match interview.

“I’d like to apologise to Martinelli,” the striker said, “I told him he was diving a lot, so I didn’t shake his hand.”

Not only that, he also posted a lovely meme on his Instagram story. We reckon all is forgiven…

READ MORE: 9 players who did next to nothing at Tottenham… but shone after leaving

TRY A QUIZ: Can you name the 30 Brazilian players with the most PL appearances?