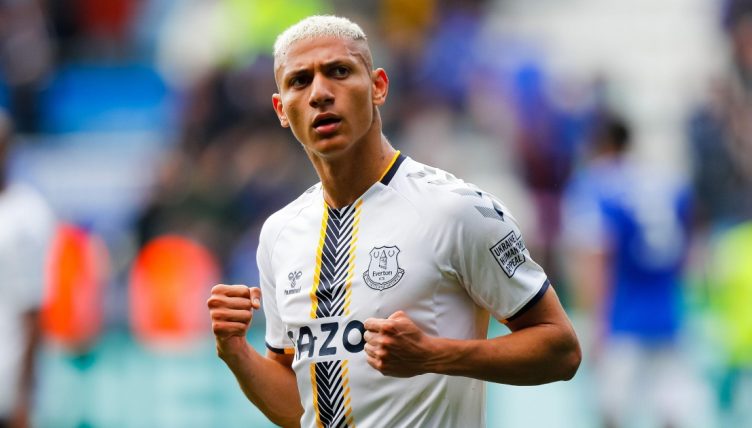 Richarlison has completed a £50million move to Tottenham this summer – but how did he compare with their forwards last season?

The Brazil international was Everton’s standout performer during a difficult season and helped them narrowly avoid relegation from the Premier League.

His performances also saw him linked with Manchester United, Chelsea and Arsenal but Spurs ultimately won the race for his signature.

“I’m very happy for this moment,” the forward said in his first interview as a Tottenham player. “I remember when I was in Brazil and the offer from Tottenham came I couldn’t believe it.

“And after I signed the contract, even more so because it feels like a dream. When I arrived here it gave me chills in my stomach to see my new team-mates and a new home.

“I hope to make history here in this shirt. And now it’s about working with the great coach I have, with my great team-mates too and making history in that shirt.”

Richarlison has since been given Tottenham’s No.9 shirt, but he might not have a guaranteed spot in Antonio Conte’s starting XI.

Harry Kane and Son Heung-min have both won the Premier League Golden Boot in the last two seasons while Dejan Kulusevski has hit the ground running since his arrival from Juventus in January.

We’ve had a look at Richarlison’s 2021-22 Premier League stats and compared them to the same figures of Tottenham’s other forwards.

Note: we’ve not included Steven Bergwijn, who has recently left north London and returned to his native Netherlands with Ajax. Bryan Gil has also been left out due to a lack of Premier League appearances in 2021-22.

"I was ready to go all old school on him and tell him off!"

Frank Lampard saw the funny side of a bit of showboating from Richarlison vs Man Utd 😅 pic.twitter.com/3QRa5zyB6Q