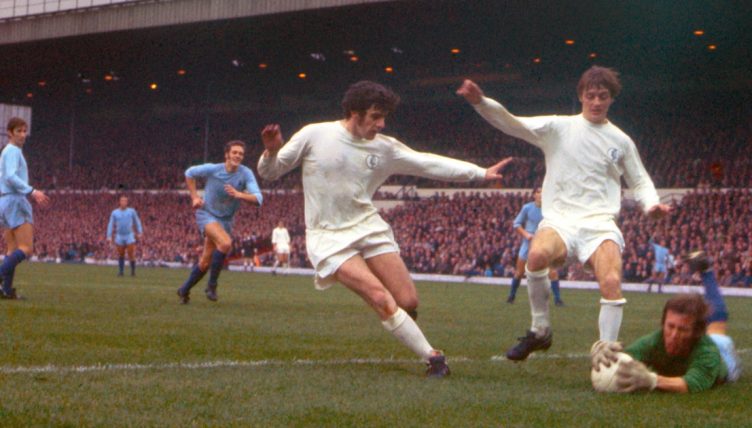 Leeds United legend Peter Lorimer has died at the age of 74, following a tough 12 months in which fellow club heroes Jack Charlton, Trevor Cherry and Norman Hunter passed away.

The Dundee-born former Scotland international is Leeds’ all-time top scorer with 238 goals in all competitions, across two spells at Elland Road, having originally been a stalwart of Don Revie’s renowned side.

Here are eight quotes on a man who left an indelible mark at Leeds.

“We had great fun together,” the man himself recalled of his time at Leeds, in a 2010 interview with On Magazine.

“But really, we were just a group of players who were exceptionally good. At the time we probably didn’t realise how good a side we were. I remember when we beat Southampton by seven and their manager at the time, Ted Bates, was a good friend of Don’s.

“When we were five up Don signalled to us to ease off a bit and just keep possession. The problem was we ended up passing it forty-odd times to each other and it just highlighted how good we were, probably more than the goals we’d scored. But it got to the stage where the lads were in front of the goal and we had to score!”

Barry Davies at his best as Leeds thumped the Saints 7-0 with a glorious showcase of exhibition football and a Peter Lorimer hat-trick.

“None of your stretching nonsense for Peter.”

“The 1-1 draw in Barcelona in the semi-final after Gordon McQueen had been sent off. I started with Peter Lorimer on the left-wing and they played man for man marking at the back, because I’d watched them,” the former Leeds manager that led the club to the 1975 European Cup final, in which Lorimer played a vital role in the legendary semi-final victory over Johan Cruyff’s Barcelona.

“I told Peter to switch over after ten minutes or so to the right and see if the marker went with him. And he did. Rinus Michaels was their coach, one of the best in the world, but they fell for it. The ball went down the middle, Joe Jordan headed it on, their defender was caught out, and Peter Lorimer went on and scored, which gave us a 3-1 lead.”

📅 A game that needed VAR! #OnThisDay in 1975, Peter Lorimer scored in the European Cup Final with a superb volley. It was ruled offside 🤷‍♂️ pic.twitter.com/dtlGjQd6fz

“Peter Lorimer invariably struck the ball so hard it seemed almost surprising his shots did not leave vapour trails as they flew, inexorably, towards the back of numerous nets” (via The Guardian).

“Today is an incredibly sad day for Leeds United, Peter Lorimer epitomised the word legend,” Leeds United’s managing director said in a statement following the news of his passing.

“Not only was he our record goalscorer from a decorated era of our history, but he continued to work closely with the club until it was no longer possible in recent months. Our thoughts are with Sue (his wife) and all of his family, he will be missed greatly.”

“Lorimer has beaten serious illness before and his resilience makes some who know him joke about there being ‘something in the water at Broughty Ferry’ (the suburb of Dundee where he grew up) but in sharp focus now is the thought of losing the club’s youngest-ever player and record goalscorer, two records that are probably untouchable,” wrote The Athletic’s Leeds reporter as news broke of his recent illness.

Fly High Peter. A legend that we all aspire to be like. Sending all our love to Peters family 😢🤍 https://t.co/Obvv7C1Z2v

“Another Legend left us. My prayers with the family – it has been an honour to meet you and host you at Elland Road, your home.”