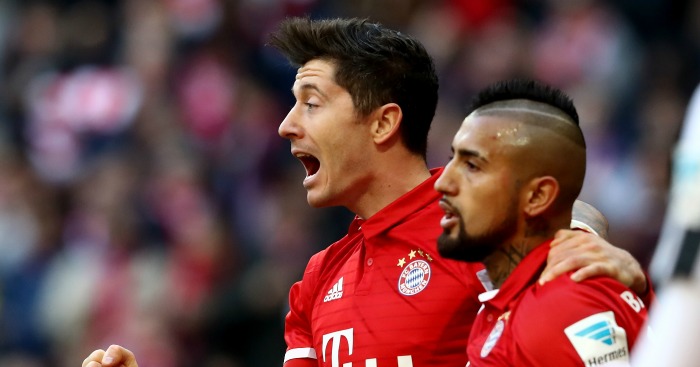 Robert Lewandowski wrote his name into Bayern Munich folklore this weekend as he reached a century of goals for the German giants.

The Poland international brought up the landmark with a brace as Bayern beat Eintracht Frankfurt 3-0 on Saturday, adding to his incredible goalscoring stats.

– This season he has already scored 33 times in 36 appearances.

– Since moving to the Bundesliga with Borussia Dortmund, Lewandowski has scored 142 league goals in 218 appearances.

Robert Lewandowski joined #BayernMunich‘s 100 club this weekend. Is he the best No.9 in the world? pic.twitter.com/121utHzqJQ

– He has scored 20+ goals in five of the last seven Bundesliga campaigns.

– Lewandowski’s career record for both club and country stands at 323 goals in 553 appearances.

– The 28-year-old is level in 15th with Lothar Matthaus in Bayern’s top goalscorers of all time, having played 274 games less than the World Cup-winning captain.