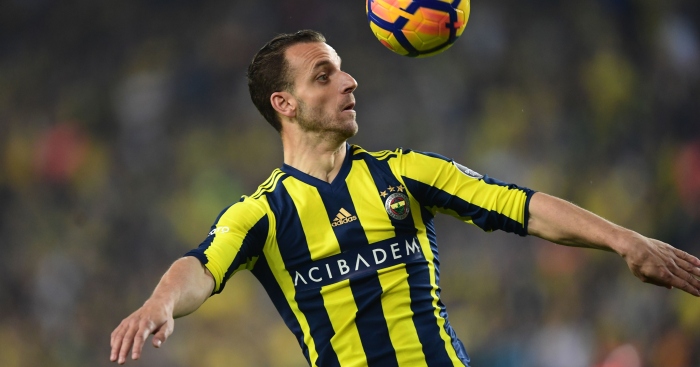 The ‘Premier League failure moves to Turkey’ genre of transfer has become something of a cliché, but Roberto Soldado is one player who you’re surprised didn’t end up at Fenerbahçe even earlier in his career.

The Spanish striker has one of those endearing faces which make you just want the best for him. You want him to ease into his old age, earning praise for his high points and avoiding inconveniences like UK tabloid attention when things go wrong. And for that, Fener seems like the perfect club.

All we want for Soldado is for him to exist exclusively in highlights packages. Unlike the youngsters who do only exist in that format, he no longer needs anything more.

We’re long past the point where Soldado needs to justify himself by allying a Europop-soundtracked YouTube clip with 90-minute performances.

As a 33-year-old who has always seemed five years older than his actual age, he has often felt like a pipe-and-slippers footballer who you just want to see sat down on a rocking chair with a faithful Labrador laying at his feet.

But then he’ll go and do something like this and you’ll think to yourself “oh yeah, he used to be a really good footballer, and it turns out you never lose that ability entirely”.

The bicycle kick might have been Roberto Soldado’s first goal of the season, but when you score a bicycle kick you earn the right to argue numbers don’t matter.

How long until Tottenham fans start calling for their former record signing to return in Harry Kane’s absence?

OK, maybe not, but when he’s not the only man you’re relying on, you can enjoy him a lot more.

Can you name every team Harry Kane has scored against for Spurs?