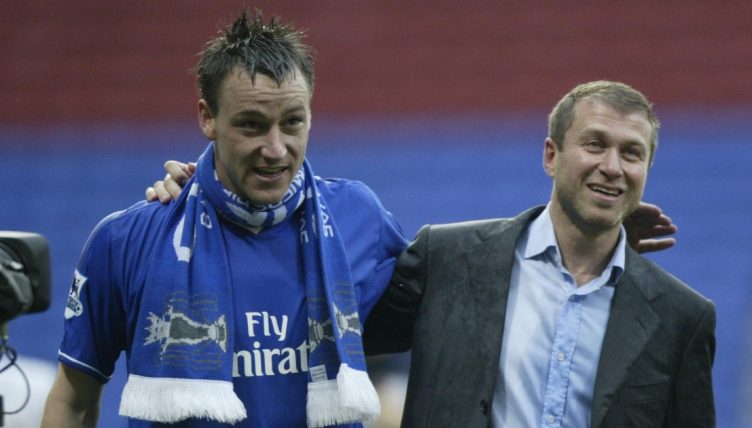 Since Roman Abramovic became Chelsea owner in the summer of 2003, he has overseen the most successful period in the club’s history. To measure the impact he’s had, we’ve compiled an aggregate Premier League table for his entire time at the club.

Then Chelsea manager Claudio Ranieri was able to spend £120million on a host of new signings in Abramovich’s first summer but was still replaced by Jose Mourinho in 2004.

Mourinho had an immediate impact and led Chelsea to a first Premier League title in his debut season before repeating the trick in 2005-06.

The Blues continued to be successful after Mourinho’s departure, winning the Premier League in 2009-10 and the Champions League in 2011-12.

Abramovich then brought Mourinho back to Stamford Bridge in 2013 and watched on as Chelsea won the Premier League and League Cup in 2014-15.

The Portuguese manager had another acrimonious exit a few months later and was replaced by Antonio Conte, who won their fifth Premier League title in 2016-17.

While Chelsea are still waiting for a sixth league title, they’ve recently won the Champions League, Super Cup and Club World Cup. That means they have won 21 major trophies since the start of the 2003-04 season.

But Abramovich has now decided to sell Chelsea, bringing his tenure at Stamford Bridge to an imminent end after almost two decades.

“Please know that this has been an incredibly difficult decision to make, and it pains me to part with the club in this manner,” Abramovich said in a statement. “However, I do believe this is in the best interest of the club.

“I hope that I will be able to visit Stamford Bridge one last time to say goodbye to all of you in person. It has been a privilege of a lifetime to be part of Chelsea FC and I am proud of all our joint achievements. Chelsea Football Club and its supporters will always be in my heart.”

With Abramovich now set to leave Chelsea, we’ve collated the Premier League table since the start of the 2003-04 season to see who comes out on top.

Note: we’ve only included the seven teams who’ve stayed in the Premier League for the last 19 seasons. Also, all teams have played 712 games unless stated otherwise.