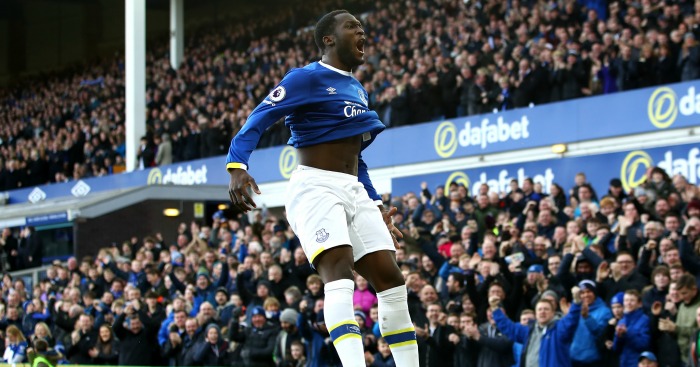 Romelu Lukaku is heading to Manchester United to replace Zlatan Ibrahimovic as the Red Devils’ No.9 – but how do the two centre-forwards’ statistics compare?

Ibrahimovic was a huge hit in his first Premier League season, but a knee injury means United are paying £75million to replace the Swede at Old Trafford.

Lukaku failed to convince Jose Mourinho when the pair worked together at Chelsea, but has he developed enough to fill Zlatan’s boots next season as United.

Ibrahimovic scored 17 Premier League goals in 28 appearances in 2016-17, while Lukaku enjoyed his best ever campaign in the top flight, smashing in 25 in 37 matches to finish as the division’s second-highest top scorer.

Though Lukaku played 830 minutes more than Ibrahimovic in the Premier League, he still scored a goal every 131 minutes compared to Ibra’s strike rate of a goal every 143 minutes.

There was more variety in Lukaku’s methods, too, with 48 per cent of his 25-goal haul coming from his prefered left foot, and 28 per cent scored with his right.

Both strikers netted 24 per cent of their goals from headers, with almost two-thirds of Zlatan’s strikes coming from his right foot. 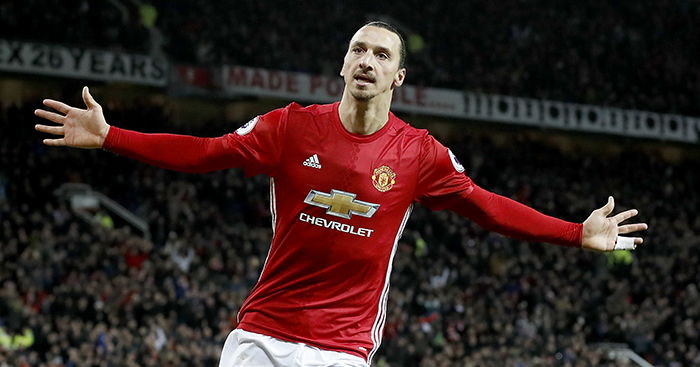 Zlatan, though, was more dangerous outside the box, with a quarter of his goals coming from outside the penalty area. Lukaku scored all but one of his from inside the box.

Mourinho was consistently frustrated by his side’s wastefulness in front of goal, and Ibrahimovic was often as guilty as any of his team-mates. The Swede wasted 18 big chances and his shot conversion rate of 20 per cent is eight per cent poorer than Lukaku’s.

Lukaku has been accused of being a flat-track bully. Though by scoring 10 against teams in the top half of the table, he managed one more than Ibrahimovic. Both netted four against the other sides in the top seven.

As central strikers, Lukaku and Ibrahimovic are employed to finish more than create.

However, both were useful in assisting others, with the Everton forward contributing six assists – one every 545 minutes – and Zlatan weighing in with an assist every 487 minutes, five in total. All came from open play.

Ibrahimovic created 48 opportunities for team-mates with Lukaku only one behind. Both created eight big chances.

One stark difference between the pair comes in the number of crosses attempted: Lukaku delivered 45, a total of 27 more than Ibrahimovic. The United forward’s success rate of 22 per cent was more impressive, though, compared to Lukaku’s 13 per cent.

In possession, Ibrahimovic attempted an average of 38 passes per game – 11 more than Lukaku – and the Swede’s 74 per cent accuracy was better than his replacement’s 64 per cent. 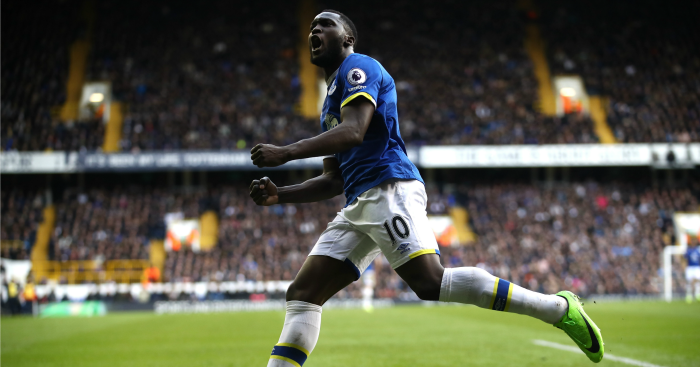 Lukaku could offer United another option with his ability to drive forward with the ball. He attempted 104 dribbles last term – 67 more than Zlatan – and was successful with 61 per cent of them.

Given their physical stature, it is not surprising that both strikers have a reputation for carrying an aerial threat. Lukaku competed in 322 aerial duels – almost twice as many as Ibrahimovic, but that is just as likely to be down to Everton’s style compared to Man Utd’s rather than any individual strength or weakness.

He did, however, win 61 per cent, which is better than Ibrahimovic’s 46 per cent success rate.

Lukaku does carry a reputation of sometimes being careless in possession, and Mourinho will be looking for the strker to improve upon the 584 instances of him losing possession last term. Ibrahimovic lost possession on 416 occasions.

Though neither United or Everton rely on a high press, Mourinho and Ronald Koeman still expect their teams to defend from the front.

Lukaku and Ibrahimovic’s defensive contribution was similar: Zlatan made 10 tackles, one more than Lukaku, who won 67 per cent of them, seven more than Ibra.

Ibrahimovic’s appetite for a physical battle is reflected in the fact he conceded 21 fouls more than Lukaku’s total of 33, collecting seven yellow cards in the process and one retrospective three-match suspension, compared to Lukaku’s three cautions.

Their size makes them a useful defensive asset at set-plays, with Ibrahimovic making 18 headed clearances, two more than Lukaku, while the Everton forward completed 27 clearances, five more than the man he could be replacing.

Zlatan’s experience and ability to read the game may have been a factor in his 10 interceptions, while Lukaku failed to make any whatsoever.

Six years of David de Gea at Man Utd: From ‘horrendous’ to hero

Following in the King’s footsteps: How Teddy Sheringham achieved the impossible