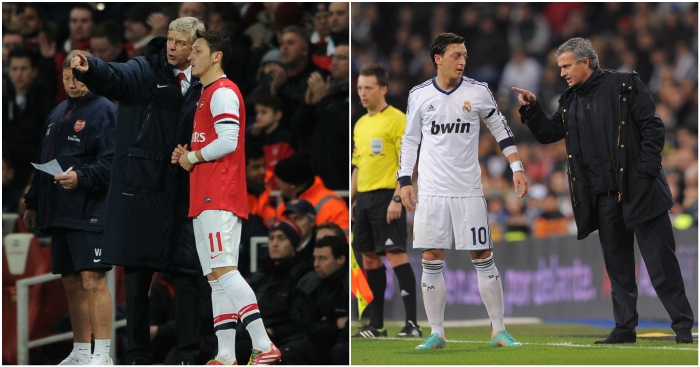 Arsenal and Manchester United are set to complete a rare piece of transfer business between the two clubs with a swap deal for Alexis Sanchez and Henrikh Mkhitaryan.

United have beaten Manchester City to the signing of Sanchez, with Arsenal due to receive Mkhitaryan rather than a fee.

The deal will see the duo become the ninth and tenth players to work under both Arsene Wenger and Jose Mourinho.

We’ve looked back at the previous eight to see what each player has said about both managers in the past.

– “He’s good with the youngsters, knows how to win and knows his football. So if you asked me to choose a [England] manager it would be Arsene Wenger. I think he could develop it on to the next level.”

– “For me, I jumped at the chance [to work with Mourinho in 2006]. He’s a great manager. He’s proved how good he is with the number of trophies he’s won with different teams. He’s great at motivating players and keeping you on your toes, doing what you should be doing. It’s a pleasure to play under him. To play under such a great manager is an honour.”

– “With Arsene it is a little bit different. You have that responsibility to manage yourself, he won’t be behind you all the time.”

– “The difference is that both managers want to win trophies, but with Jose he will show you everyday at training. If you are not 100 per cent he will stop training and say to you, ‘What’s wrong with you, why are you not training? If you don’t want to train then just go outside and run, because what I want, what I expect from you is to give me everything in training and then you are ready for the game.'”

– “The manager is always going to be the target, but you have to look at what Arsene did for the club in the last 20, 21 years. What the club was before and what the club is now. The club completely changed. It’s more than a club now.

“When you look at Arsenal, they have an identity the way they play, the philosophy, it’s been like that for the last 20 years and then of course you want to win as a fan, but look at the identity and the philosophy that Arsene brought to this club.

“This is sometimes more important and bigger than just winning trophies.”

“Arsene always gives freedom to his players. To have that freedom is good, but if you can get them to respect the tactical aspect of the game it will be even better. When you talk about Jose who I had at Inter Milan, he was always focused on the details, giving players information that allows them to go on the field and respect the tactical game.”

– “I did not learn anything from Wenger. He just taught me to doubt everything. The relationship I had with him was not good. You cannot understand the whole world… Wenger never addressed me until I told him I was going. He talked to others, but not me. I feel like I never played for Arsenal. If people do not remind me of them [Arsenal], I forget about them. It’s erased from my memory.”

– “I learned more with Mourinho. Mourinho taught me to fight. I spoke looking into his eyes. If you had a problem, it would be discussed.”

– “Mourinho? I know him well. I have enjoyed some great times with him. He is a coach I really like.”

– “I’ve always said he was the most important reason in me coming here.”

– “‘You think two beautiful passes are enough. You think you’re so good that 50 per cent is enough.’

“He pauses. Stares at me with his dark brown eyes. I stare back. Like two boxers at the stare-down before the first round. He shows no emotion. Just waits for a response from me. How much I hate him right now. And I love Mourinho actually.” 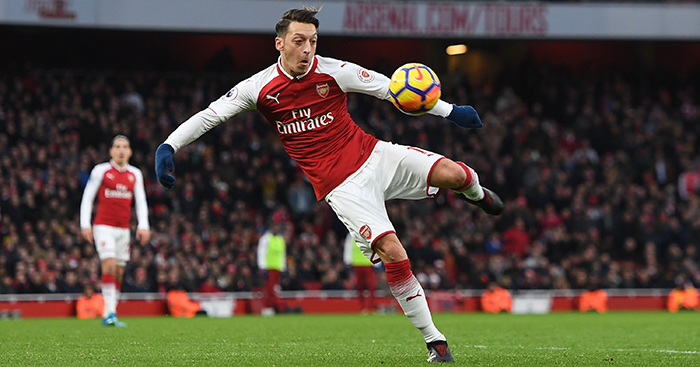 – “I had a meeting with Arsene Wenger in his office when he told me I had to leave because he didn’t see my future anymore in Arsenal. So I didn’t have any other choice than joining Man City, who I was very happy to join.

“And the next day when I joined Manchester City I saw him doing a press conference in London saying that I wanted to leave because the money was big and everything and since that day that is where the hate for Arsenal came from.”

– “I love Arsene, the man. I love him of course as a coach too. This is a decision he made. I always said that he’s like a father to me, and he will always be.”

– “I felt they wanted me the most, Jose spoke to me in a way that not many have spoken to me before, and I knew what he wanted from me. He motivated me so much in that meeting that my choice was very easy.”

– “He was my enemy when he was in charge at Madrid or Chelsea, competing and wanting to beat him. From there I became his player at Chelsea and would go with him to the death. I learned a lot, I have a very positive memory of him. Forever.”

– “The philosophy at Arsenal is completely opposed to this (Mourinho’s): it is not win at all costs but we want to win in a certain way. This approach is beginning to change.

“It is true that we are close to classical music, the beauty and the synchronisation of instruments. It is a philosophy now anchored in the genes of the club: they refuse to play without and it is passed on from generation to generation.

“I believe that the right balance has been found last months of last season. The idea is to continue to control the match but securing more behind.”

– “When he [Mourinho] arrived at Chelsea from Porto, he brought with him one main thing: he came from a club where it was not acceptable to him to finish second in the championship. He brought the same spirit to Chelsea. He thinks only about victory, whatever the price.

“He hates draws. If we returned to the dressing room with a draw, we knew he would not be satisfied. On the other hand, he also wanted be able to keep a 1-0 or beat a team 5-0 if possible. No matter how, Mourinho wants the result.”